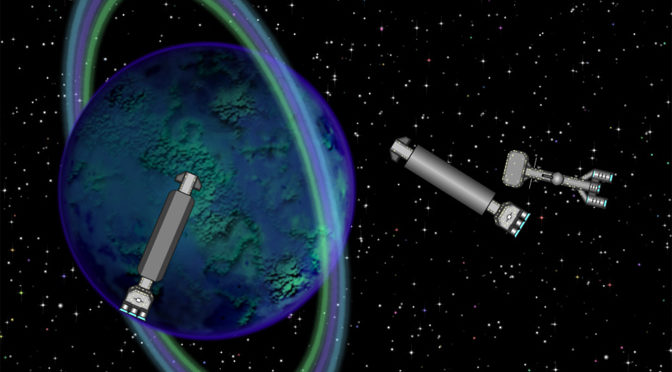 Gameindustry.com was given a code to review Avalon: The Journey Begins a while ago, but it got tossed onto the back burner as another Rogue-like space simulator. When we finally dove into it, we found an engaging story, an extremely deep world, challenging gameplay and a lot of little extras that makes it clear that developer NewHopeGames has put a lot of time and effort into improving their massive world. Avalon: The Journey Begins thus has its own unique flavor in this increasingly crowded genre, helping it to pull away from the pack – though the highly detailed adventure may still be an acquired taste for most players.

At first glance, Avalon seems most like Approaching Infinity, another massive universe game which I reviewed last year in a series of YouTube videos. However, looking at how Approaching Infinity handles its game engine, and how Avalon does, we find the first major differences between Avalon and other Rogue-like games. And, it’s change that offers a refreshing innovation for the genre, even if it ramps up the difficulty level. 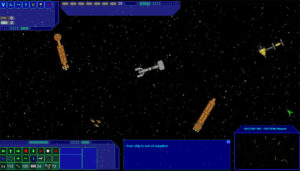 In almost every Rogue-like game, including the original Rogue itself, there is a gameplay formula where the player moves one space, and then the rest of the world does the same thing. Certain rogue-like titles such as Road Not Taken even make this a part of the puzzle elements of their game, asking players to outwit monsters by carefully stepping around obstacles in such a way as to block or trap them, or at least force them to move out of a blocking position. But Avalon handles this differently, because the world moves on whether you are taking your turn or not. If you just sit there, then other ships will fly by you for example.

This real-time addition means that there are certain times during the game when there is a lot of tension, such as warping into a new system. When you do that, it takes several seconds for your ship’s systems to return to normal. During that time, you have limited functionality to see the new sector and to defend yourself. So, it’s always a scary time when making a jump, especially when the first thing you see are fighters zooming past your position and you don’t know who they belong to, or whether or not they are friendly. 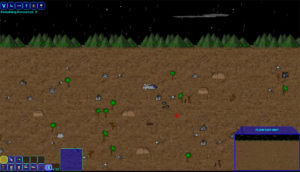 Perhaps to compensate for the addition of the real-time element, Avalon allows players to disable another classic element of Rogue titles, that of permanent death. Most Rogue-like titles only allow one save game, with the game purposely overwriting it whenever the player dies. This element supposedly adds an element of danger and excitement to a game (I am not a big fan of it), and I can see where it works in a move by move format where strategic and careful players can avoid dying for a long time, or at least be able to see it coming from at least a few moves out. But in a real-time game, or mostly real-time, like Avalon, it’s possible to get killed through no fault of your own in what is essentially a bad roll when a new sector is procedurally generated. So being able to fall back on having an emergency save is a nice addition NewHopeGames made. And, you can always keep permadeath active if you choose. It’s a check box in one of the menus. 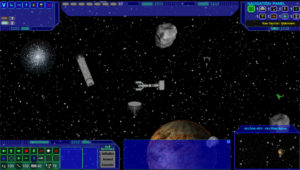 Gameplay consists of flying your ship through various sectors in the game in an attempt to reach the center of the universe. Doing do is considered the main victory condition in the game, however, there are a few others. Along the way you will collect galactic coins, which pop up in the strangest of places. Each coin is sort of like a secret or some type of supreme knowledge in one of several areas like the economy or warfare. If you collect 200 coins in one area, you have elevated humanity so much with that newfound information that its considered a minor victory. 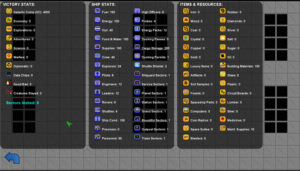 In addition to flying through space, you can also drop into space stations to shop or hire crew, visit other spaceships if the crew is friendly enough towards you, and use a shuttle to explore planets you encounter along the way. The planetary interface is a lot of fun, and lets you fight creatures and mine resources. You can even build bases on planets your find, which can generate resources to help with the rest of your adventure, or generate income which will be highly needed in later sectors, or to get you through places of stark resources. 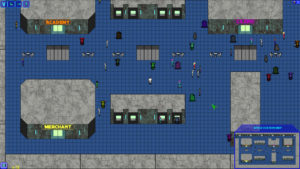 There are a few odd quirks in the game. The oddest one is that you can only visit each planet, space station or spaceship one time. There is nothing in the story explaining why this is, so my guess is that it’s done due to a limitation in the game engine. I suspect that because the world is procedurally generated, that if you changed something on a planet, mined a resource or killed a space yeti, that the game would need to remember that if you were allowed to return. By restricting your visit to one time, it can forget whatever holes you dug since you aren’t coming back. That is a little bit annoying, but the rule is made clear from the beginning, so its something you can plan for and live with. We also had a few crashes in our play-throughs, most notably going into trade menus or something similar, and the game not letting us back out despite hitting the exit button. Thankfully, we had the “only one save” option disabled so could work around those game-ending crashes.

The sound in the game is surprisingly good, and includes a lot of little extras in the form of soundbites, like your computer counting down the seconds before you make a jump to a new sector, or a constant engine noise as your rover moves around on strange planets. It just goes to show how much love the developers have put into the game. 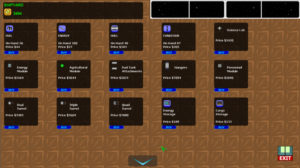 Graphically, Avalon looks a bit better than most Rogue-like space games. It’s not amazing or anything, but far better than ASCII graphics. Everything is recognizable, and its easy to tell at a glance which type of ship you are seeing without having to scan or communicate. The relatively pretty interface covers up an extremely deep game, and the real work comes from wading through lots of detailed menus as you manage your crew, load up and trade supplies, and upgrade and maintain your ship. Here is where a lot of casual gamers will drop out. While detail-oriented players might enjoy working to gain a slight efficiency in some ship system or hiring just the right crew to fill a need, others may find it tedious, overly difficult, or even outright boring. The developers maintain an extensive YouTube channel with tutorials and help navigating the interface if you get stuck. 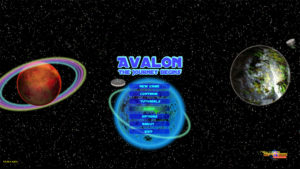 If you do stick with it, Avalon: The Journey Begins has a lot to offer. While the game’s worlds are procedurally generated, it doesn’t feel that way. Players will experience a living universe ripe with political tension, endless exploration paths, and of course a lot of loot. Beyond that, the various sectors fit together well, and seem like a complete game where the universe is internally consistent, almost as if it was scripted that way by the developers. At $10, and often on sale through Steam for half that, it’s a great way for engineering-heavy or detail-oriented gamers to spend a few hours, or much, much longer, exploring their way though an interesting and deadly universe.