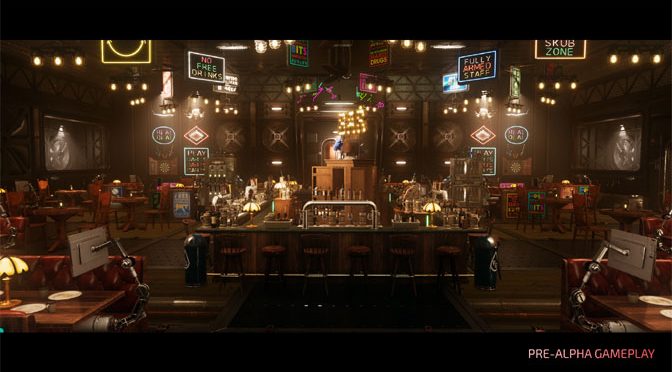 Studio F.O.W. , the company behind a variety of pornographic 3D video games is set to launch its first title for the digital distribution platform Steam. The game -Subverse – has quickly become one of the biggest ever crowd funded games via KickStarter.

Subverse is a tactical RPG/SHMUP hybrid that takes place in a completely explorable galaxy. You get to captain your own ship and recruit your own team to explore the galaxy with. The Prodigium galaxy – the location of the game – is a galaxy ruled by oppressive aliens who pretty much hate anything sexual, it is therefore the players mission to lead a revolution against them – a sexual revolution. Unsurprisingly given Studio F.O.W.’s history, Subverse is a game full of waifu’s – video game or anime characters that the player is attracted to and considers a significant other. These characters can be signed up to your space crew and they will help you battle alien enemies and discover the mysteries of the galaxy. They will also do other more adult things for you, assuming you are a good captain…

Players can obliterate enemies which include, bounty hunters, space pirates, aliens and pleasure robots. Even if you have no gravitational pull to space boobs, you will still find a fun game that can be played for the combat experience.

Subverse is a crowdfunded project, meaning that the game is funded by people who want to see the game made. Like many crowdfunded projects, Subverse has a variety of milestone rewards planned for contributors. The crowdfunding for Subverse lasted just 38 days – a time span in which every milestone was hit. The game raised over £1 million so that Studio F.O.W can now go full out with the game’s development. There will be no shortcuts and fans will get exactly what they want.

For example, twenty fans pledged £750 in order to guarantee themselves the role of a ‘Space Whale’. A space whale has the opportunity to work with the director and animators in order to pick their very own love scene and fetish to be featured as one of the in-game rewards. Some crowd funders also managed to secure themselves their own page in the in-game Boin Boin Weekly magazine. These pages can be viewed by all Subverse players throughout the galaxy.

Pornography and naked female aliens aside, Subverse is set to do a fantastic job of really making players feel apart of the game and like they truly are in their own spaceship exploring a crazy unknown galaxy. Players have the opportunity to visit planets of futuristic seediness occupied by devilish male aliens and beautiful female Waifus’. Subverse players can visit planets not too dissimilar from the gambling planet Canto Bight in Star Wars: The Last Jedi. However, Subverse’s version of Canto Bight will be more like a PornHub Casino given its designers! Space battles will become your bread and butter as you play through the game and build your own army of lab grown monsters that will fight alongside your waifu commanders – these beauties come trained to kill.

Subverse comes with its own unique soundtrack whilst every character is voiced by a professional voice actor. Whether or not Subverse will be the future of Sci-FI video gaming remains to be seen. However, the game is certainly highly anticipated by many video gamers – hence how it raised over £1 million in less than 40 days via over 58,000 backers.

Should you buy this game?

If you find the whole sexually stimulating animated video game characters strange and creepy then you should certainly not buy this game because essentially, what this game is all about is bouncing space boobs. As well as revolutionising a sexually repressed galaxy through sex, of course. On the other hand, Subverse genuinely looks like a video game that has never been seen before.

The game is likely to be released in sections that are typically divided into major plot points – much like a TV show that will end on a cliff-hanger leading into the next episode. However, the actual release date of the first ‘episode’ is not yet known. It is rumoured that the release will happen in either late 2019 or early 2020 but they really are only rumours for now. But for sure Subverse is set to be a one of a kind game and may even be one of the most anticipated of 2019.