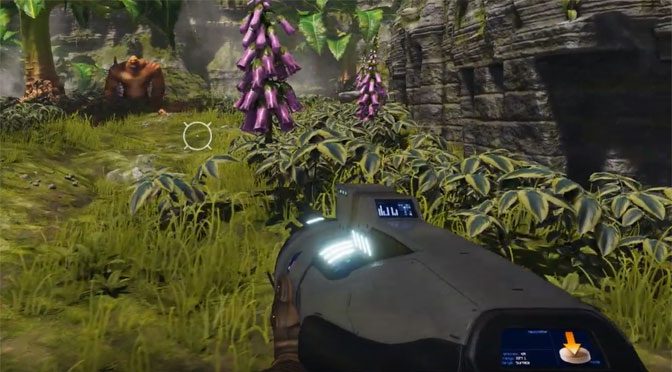 Claire de lune offers puzzle solving, platforming, stealth sequences and first person combat, combined with an engaging character-driven storyline. You play as John, a smuggler on the run with his daughter, Claire. After crash landing on a foreign planet, John is separated from Claire. He must use his ingenuity, agility, and a few handy pieces of technology to find Claire, repair his ship, and escape safely. However as John progresses further, he soon discovers that the planet is more mysterious than it initially seems.

“We are so excited to finally announce Claire de lune and the game engine driving it, the Immortal Engine,” says Tactic CEO, Jesse Attard. “We’ve come a long way from our last 2D title, both technically and visually. Our company peaked at only 5 employees during the production of Claire de lune, and I’m so proud of what we’ve accomplished with so few resources.”

Tactic Studios also has a no-crunch policy. “When people see that we made our own engine, and that we are building this ambitious game with just a few people, they assume we must work around the clock,” says Jesse. “That’s not the case. We lead normal lives. We don’t crunch. We’re just efficient.”

Claire de lune will be coming to PC soon.