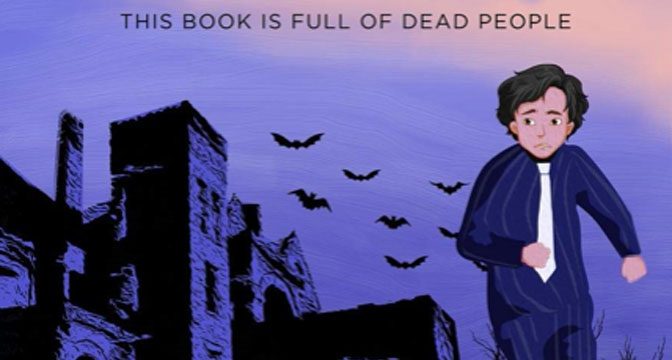 Peter Green and the
Unliving Academy

Hey all I’m back with a book that brought to mind some of my favorite novels as a child. It’s Peter Green and the Unliving Academy, Unliving Chronicles Book 01, by Angelina Allsop!

Plot: As I said above, this was a book that reminded me greatly of stories I had read as a kid, mainly the Harry Potter series, but surprisingly better done, or at least it seemed that way to my adult brain when comparing the series for various faults. While those faults were mainly present in the later Potter books so comparing them might not be completely fair.

Unliving Academy should draw plenty of parallels to the Harry Potter books, it’s got a school for kids to board at and deals with strange students and teachers and even has magic. I won’t get much more into the plot, but I will say that the small romantic subplot was tastefully done, or so it seemed to me. 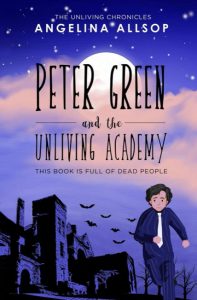 Characters: Pete our main character is a pretty solid kid, and takes to being dead surprisingly well, even if he doesn’t remember it or his life prior to death pretty much at all. The rest of the cast is pretty good as well, although I found Charlie to be a bit annoying most of the time and he felt a bit “forced.” I can’t really put it any other way, other than his character felt glommed on just to be a tool, both figuratively and literally.

However my favorite character would probably be Alex, for reasons you’ll probably guess once you get through the book. I’m hoping she shows up in future books, as well as Scoot and Max. Though I really could do without ever reading about Charlie again.

[amazon asin=1631610643&text=Have a great time with a copy of the quirky and cool Peter Green and the Unliving Academy from Amazon!]

Overall: If you enjoyed Harry Potter at all, particularly the earlier books, you’ll love Peter Green and the Unliving Academy.

For those who like: Fantasy, Urban Fantasy, Coming of Age Stories, Harry Potter, Magic, Excellent Plot, Great Cast of Characters (except Charlie, I guess I really do hate that character).