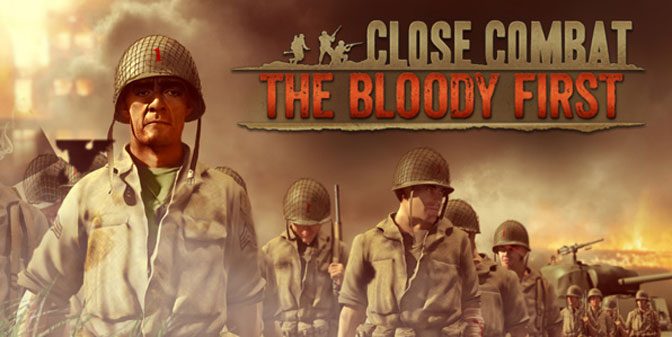 Close Combat: the Bloody First is the next installment in one of the popular RTS franchises of all times.

After a long gestation that aims to bring the whole IP to a newer technology, the game is now almost ready to deploy. Well into its beta and with a release date that is now approaching fast, the Big Red One now also has a well-deserved Official Trailer.

The trailer was built with an emotional feel in mind and tries to deliver the concept of a true band of brothers fighting for each other and where no one is ever left behind. All this while celebrating a long-lasting series of games that truly made the history of strategy genre.

As you fight your way into and then across Europe from November 1942 to August 1944 you must overcome a wide range of diverse tactical challenges, commanding inexperienced troops being attacked by veteran panzers in North Africa, having to capture the bitterly defended town of Troina in the Sicilian mountains and of course storming across the sands of Omaha, into the “hedgerow hell” of Normandy.

Three theater campaigns, 36 battles, more than 50 vehicles and 300 infantry and unit teams, with integrated multiplayer lobby and matchmaking forums. You will command your squads in close combat situations and will have to learn how best to combine the use of small arms, mortars, machine guns, armoured cars, tanks and anti-tank guns in order to achieve victory.