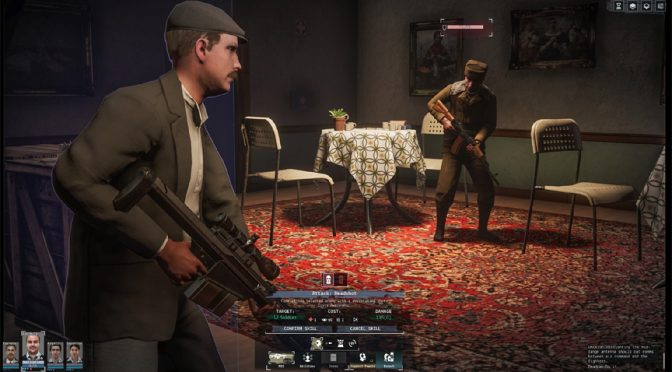 In addition, players and double agents can grab Phantom Doctrine on Steam for 50 percent off from now until Thursday, February 28.

Check out the full GiN Review of Phantom Doctrine!

This latest free update for Phantom Doctrine introduces user-based content creation support, letting players alter the foundations of their spy agencies by meddling with the game’s declassified parameter sheets, images and text files to edit existing stories or even create new ones of their very own. The update also includes additional Investigation Board content, improved support for ultrawide resolutions, and a variety of technical fixes and improvements.

Phantom Doctrine is a turn-based espionage tactics game set at the height of the Cold War. Master operating in the shadows against overwhelming odds as the leader of a covert organization battling a global conspiracy. Train agents, investigate cases and research cutting-edge tech at your base, then infiltrate enemy facilities, uncover their schemes and eliminate their assets with stealth or brute force. Experience Phantom Doctrine’s deep single-player campaign from different perspectives – a KGB counterintelligence operative or a renegade CIA commando – then up the challenge with New Game Plus runs featuring bonus unlockable story content and a Mossad campaign.

Phantom Doctrine is rated M (Mature) by the ESRB.