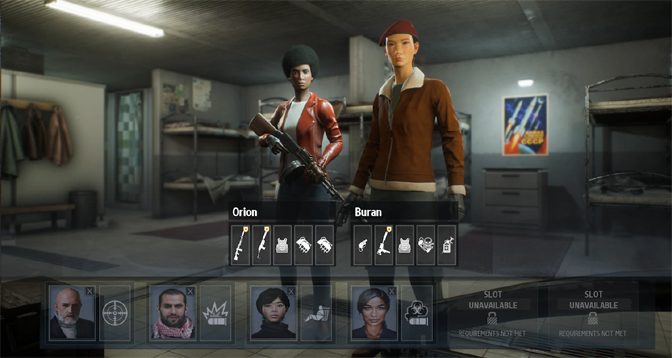 Creative Forge Games is the company behind another title I have reviewed in the past called Hard West. Creative Forge’s newest game is Phantom Doctrine, a game set in the Cold War era of the early 80s, where players will utilize covert operations mechanics as undercover spies to thwart a worldwide conspiracy that threatens to create World War III. So is Phantom Doctrine worth sneaking into your collection, or is it just another b-grade spy game featuring poorly implemented stealth mechanics? Let’s find out. 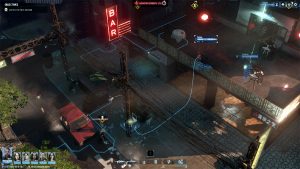 Phantom Doctrine, much like X-COM and Hard West, is an isometric, turn-based strategy game. You are tasked with controlling spies who work for, “The Cabal,” a secret organization who attempts to prevent the evil plots of other clandestine organizations. The Cold War setting really aids the appeal of the game, and the setting is completely intertwined with many of Phantom Doctrine’s espionage gameplay systems. The plot itself is reasonable enough for the genre, but players will undoubtedly get attached to certain characters who pull you out of tight spots with clutch successes or shots, and it’s even more impacting should a character you heavily relied on get left behind during a mission only to show up at your door later in perfect health. Phantom Doctrine leaves even more of an impression on the player if you lose the whole campaign because one of your characters was a double agent all along and betrays you. 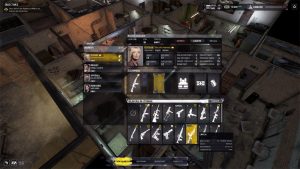 One of Phantom Doctrine’s more interesting mechanics that separates itself from other popular strategy games is how the game handles individual character development: Characters can be outfitted with equipment, have specific weapon proficiencies and skills, as well as perks that get revealed as you play with those characters. One of those perks in particular can be quite troublesome: The sleeper agent perk. You can get rid of that perk by brainwashing the agent in question, but it’s a real punch to the gut when you have to brainwash one of your own agents after they betray you doing a mission, and then brainwashing them erases the beneficial perks that made them so useful in the first place. Perks run the gamut in usefulness, with some increasing your agent’s ability to fool enemies with disguises, reducing the cost of takedowns and other actions during combat, or even just providing bonus XP for completing missions. Agents can be trained to gain new abilities and weapon proficiency, as well.

From the headquarters, players can dispatch agents to collect new intelligence information, find informers, or even unlock the ability to acquire more equipment and expansions for your base. At the HQ you can also train your agents to acquire new skills, and can even receive notifications about choices you can make with your agents, very similar to when quick choices pop up in games like The Sims (things like choosing to interrogate one of your agents, or pay someone to uncover the truth about them). Most initial missions will lead to you exterminating targets or gathering intel, which will help to get you familiar with how the game plays at an early stage, assuming you branch into both exploration and combat. 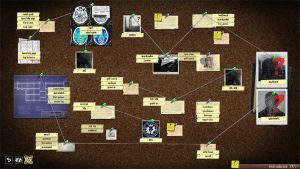 Once in a mission, things do not play out exactly like X-COM, but the games have a fair number of similarities. You move your characters along a grid and can interact with objects and people, grab cover (which reduces damage you take) and shoot, etc., using the analog stick or mouse cursor. Not every mission will have you going straight into combat: Some early missions may simply place you on a map to acquire intel, and you can send your characters around the map in disguises to take items out of lockers and grab the information to complete the mission without ever having to fire a bullet. 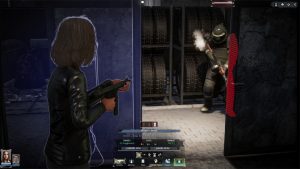 For example: You can move a couple characters into a room with two enemies who may not pay you any heed because you’re disguised. You can take your time and watch their movement patterns and line-of-sight to determine where they’re going to move, and when, to initiate takedowns and eliminate the guards. Initiating takedowns, shooting, etc., all have costs, called Awareness, which is also used to dodge incoming attacks. Awareness regenerates, but this does mean that acting aggressively hurts your defensive capabilities. Performing takedowns or using suppressed firearms are among the few ways to handle enemies without raising alert in whatever facility you may be raiding at the time, and each work quite well against common soldiers who have no Awareness value unless an alarm is raised. Enemy agents, however, are able to more easily see through disguises and have Awareness at all times, which makes handling them substantially more involved than the rank-and-file enemy units. 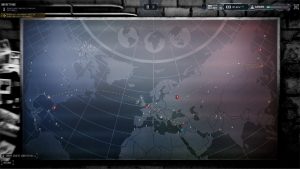 Of course, if players don’t want to sneak around, you can charge through an area and kill everyone, alarms blaring and all, which will probably teach you a lot about the combat systems: Your agents are pretty squishy, especially once their Awareness runs out from taking a lot of fire. Well positioned, your agents can handle five or so hits, but in order to survive, you’ll be needing to abuse smoke and frag grenades and other tactical support in order to close distance, escape, or just blow up all four or five of the enemy reinforcements. One good thing to note for X-COM fans, though, is that shotgun to the face solves quite a lot of problems if you’re stuck in a situation by accidentally setting off alarms: There is no 95 percent chance to hit at point blank in Phantom Doctrine; move and shoot him in the face just works. Luring enemies into kill boxes can work for a time so you can abuse overwatch too, but you then have to be mindful of enemy reinforcements and even air strikes! 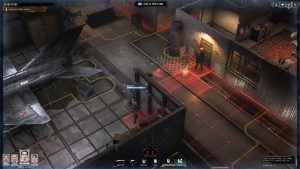 Phantom Doctrine’s stealth and combat systems work. I don’t recommend trying to play the game entirely stealth, or entirely guns-blazing. Everything in Phantom Doctrine works with other systems, so sometimes it’s just plain easier to raise an alarm, get that agent out of your way, grab the documents you need and get out, rather than spending twenty minutes trying to figure out how to bypass an enemy agent who will easily blow your cover. Mission preparations are also incredibly vital to player success- determining how many agents to take with you, what kind of support you’ll take, etc., can be the difference between a mission success or failure. Taking snipers to help you drop enemies at a distance can be extremely helpful during rampages, while using spotters to help reveal more of the map as you work your way toward the mission objective can help you achieve things silently. Or, you can take both for when you inevitably get blown while ascending some staircases and take out almost twenty people before completing the mission. 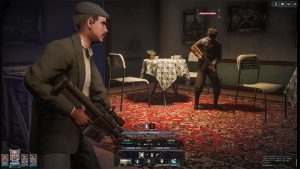 Working around enemy soldiers, civilians, and technology like cameras and sensors are par for the course in Phantom Doctrine. Players may have characters breach into a room, spending all of their action points and Awareness to simultaneously eliminate visible hostile targets, a personal favorite for handling enemy agents. You can queue up all of the actions you wish to do during the breach, and then watch it all play out. If you miss a target, they will raise an alarm which typically means you have to fight your way out of the area. Your evac zone can also be compromised during these times of high alert, as well, which can require you spend a fair amount of your cash reserves to move your base so you’re not discovered by enemies. 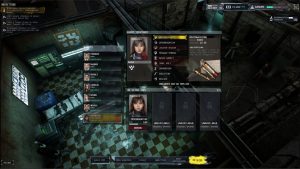 The graphics of Phantom Doctrine work quite well. The fog of war works well toward obfuscating areas your characters can’t see, and the way the game outlines units through walls once identified works really well so you’re not left questioning who is where. The aesthetic of the game has a kind of noir vibe, and while the graphics could use a little polish up close, players will mostly be viewing the game from a significantly zoomed out position, where it won’t affect you at all. The music is… okay. It’s fitting enough, but gets fairly repetitive after a few hours of play. 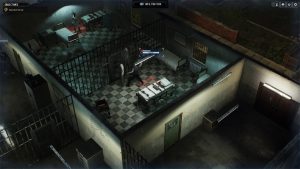 Overall: Phantom Doctrine is an incredible little game, like a Jagged Alliance meets espionage. Turning enemy units (or subsequently having your units betray you) is such an interesting mechanic that, once a sleeper agent activated on me, I spent the entire remainder of my playthrough worrying about them. The game is fun, if not a little repetitive after hours and hours of play, but the mechanics themselves are incredibly interesting, and being able to completely customize your agents will definitely help you form your team how you want them. Phantom Doctrine is incredibly ambitious given how safe even Hard West previously played the turn-based tactical genre, and it is definitely worth a play if you are even remotely a fan of X-COM or other tactical strategy games.