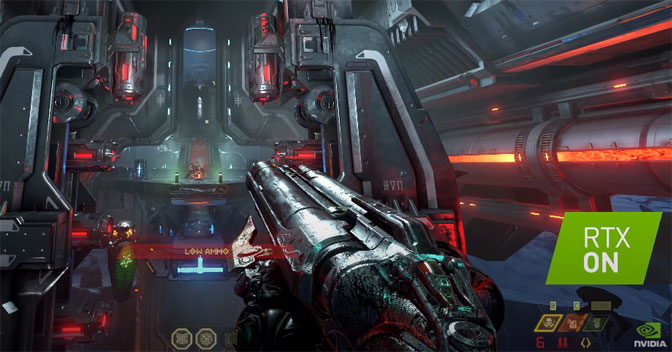 While previous-generation GPUs tackled the ambitious games of their era, contemporary games like Cyberpunk 2077 and Watch Dogs: Legion have elevated realism — and increased overall demands of modern graphics cards.

Powered by the NVIDIA Ampere architecture, the RTX 3080 Ti delivers an incredible leap in performance and fidelity with acclaimed features such as ray tracing, NVIDIA DLSS performance-boosting AI, NVIDIA Reflex latency-reduction, NVIDIA Broadcast streaming features and additional memory that allows it to speed through the most popular creator applications as well.
“With RTX such a huge success, gamers and creators will be thrilled with the performance and features the GeForce RTX 3080 Ti offers,” said Jeff Fisher, senior vice president of the GeForce business unit at NVIDIA. “As the new flagship to the RTX family, the GeForce RTX 3080 Ti is the ultimate upgrade for GPU enthusiasts of any generation.”

Across a variety of ray-traced and rasterized DirectX and Vulkan titles, the GeForce RTX 3080 Ti is a gaming powerhouse that also brings lower latency for better responsiveness and a competitive edge to the games millions of people are playing today.
For gamers still rocking the well-loved GTX 1080 Ti, the RTX 3080 Ti is 2x faster in traditional rasterization and much faster with ray tracing and other cutting-edge gaming features enabled.

Perfect for Creators, Too

The world’s 45 million-plus creative professionals demand more from their hardware than ever, so GeForce RTX 3080 Ti GPUs deliver amped up levels of creative performance as well.

Adoption of DLSS technology has been swift, and the game title count is set to increase quickly with support in the world’s leading licensed game engines, Unreal Engine and Unity Engine. The all-star lineup of gaming franchises that use DLSS to deliver a new level of graphics includes Battlefield, Call of Duty, Cyberpunk, Fortnite, Minecraft, Tomb Raider and many more.

NVIDIA Broadcast is a suite of audio and video AI enhancements, including virtual backgrounds, motion capture and advanced noise removal, that users can apply to chats, Skype calls and video conferences.

The GeForce RTX 3080 Ti will be available on June 3 starting at $1,199, with the RTX 3070 Ti available on June 10 starting at $599. Both GPUs will be available for purchase as custom boards — including stock-clocked and factory-overclocked models — from leading add-in card providers, including ASUS, Colorful, EVGA, Gainward, Galax, GIGABYTE, Inno3D, MSI, Palit, PNY, Zotac and other regional providers around the world.