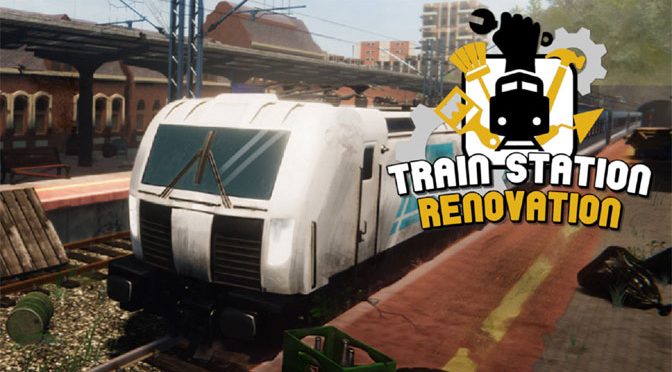 After hitting PC and Nintendo Switch, Train Station Renovation makes its debut on Xbox consoles. It’s a simulator of a renovator who restores abandoned stations and old trains, which distinguishes itself through, among others, economic elements. The release date for Xbox One and Xbox Series X/S is set for June 2nd this year.

Train Station Renovation is a game from the Polish studio Live Motion Games, which debuted last year on PC, and recently also appeared on Nintendo Switch. The simulator has been well received by players – currently 83% of the reviews on Steam are positive.

The game will be published on Xbox One by Ultimate Games S.A. The release is also playable on Xbox Series X/S thanks to the backwards compatibility feature.

In Train Station Renovation the gameplay, which is experienced from the first-person perspective, focuses mainly on renovating abandoned and destroyed train stations, as well as dilapidated trains. The developers have prepared many tools and options for repairing and decorating stations. You will get a chance to use, for example, a crowbar, a paint roller or a repair wrench.

In total, players have 15 different railway stations at their disposal – from small facilities in rural areas to large stations in big cities. The simulator also distinguishes itself by offering an extensive economic system and possibilities of gaining new skills. “Train Station Renovation is a game that offers calm and relaxing gameplay. We get to restore train stations and vehicles to their former glory. The game is perfectly complemented by the skill development system and the economic options that provide an increased level of realism” – said Rafał Jelonek, COO at Ultimate Games S.A.