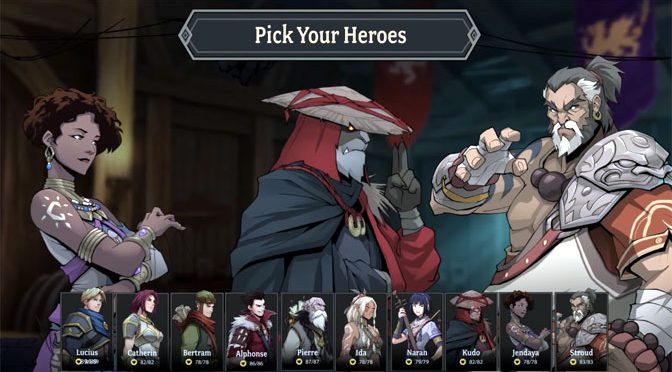 After a successful run in Early Access, Mixed Realms is thrilled to announce the full release of Gordian Quest will be on June 23, 2022. The full release includes 4 Acts, 10 playable heroes, and 3 game modes promising at least 30 hours of playtime per run. Gordian Quest is currently available on PC via Steam for $19.99 and will increase to $21.99 soon.

Following the release of its hit virtual reality action game, Sairento VR, Mixed Realms has continued its approach of involving players in the development process. In response to feedback acquired from its passionate community, Gordian Quest has been much improved between the 2019 Early Access launch and now, resulting in over 3,300 reviews on Steam with an overall “Very Positive” rating from players.

The full release comes with the latest build which includes Act 4, Endless mode, a new hero, new item classes, and plenty of balance and bug fixes.

Gordian Quest is an epic RPG deck-building game inspired by old-school classics like Ultima and Dungeons and Dragons, using modern gaming concepts like rogue-lite elements and turn-based strategic combat. Form parties of heroes whom you will have to lead and manage on grueling missions. Help them forge bonds and discover new skills. Guide them through battles against multitudes of creatures as you work to unravel the curses laid upon the lands and defeat the ultimate evil at the heart of it all.

Players familiar with deck-building and strategy games will marvel at the vast build options and hero customizability in the various gameplay modes, while newcomers will enjoy the meaty yet familiar turn-based RPG mechanics. The charismatic anime-like art style is the cherry on top for all players.