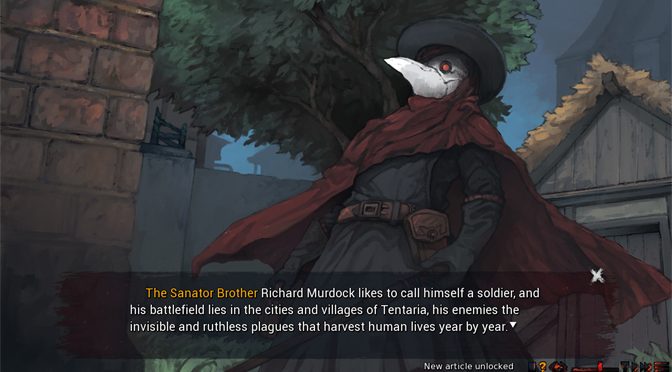 Serafim Onishenko, a book author and experienced narrative designer, announces the release of the demo of his indie game — Sanator: Scarlet Scarf. Scarlet Scarf is a visual novel inspired by the legend of Plague Maiden. Dive into the dark mysteries of a dying city with the fate of Sanator Richard Murdock in your hands.

This niche, narrative-based project in the dark fantasy genre is intended to fill the void in the market of videogames heavily focused on storytelling, according to its developers.

“Our goal is to create original games for those who appreciate atmosphere a little more than gameplay mechanics.” ― Ignis Sanat manifesto. The free demo is available on Steam for PC, Mac and Linux. The game is planned to be released in March 2019.