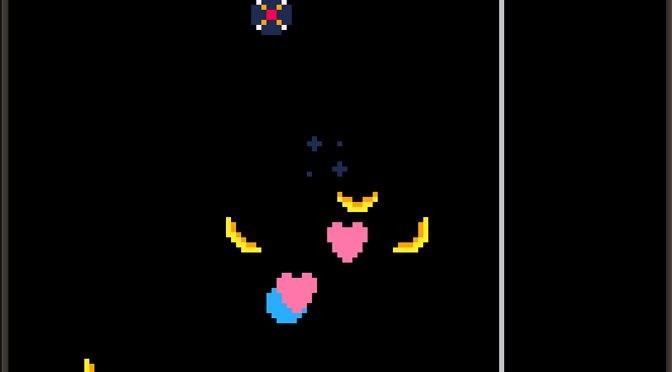 Love Is A Battlefield DX

I’ll be honest with you. I’ve not spent much time wasting time this week. I got back into Octopath Traveler a few days ago and it’s really pulling me in. Yeah, the game has been out for some time now and I did buy it when it on release. However, I played each characters’ first chapter back then and lost my drive. Going back into it more than a few months later, I’ve found I’m over that slump and am sinking time back into the game. Even with this being the case, I did still find time to check out a game called Love Is A Battlefield DX for the Time Waster.

When I say I spent some time with Love Is A Battlefield DX, I really only mean a few minutes. No, I didn’t just quit the game after a short time of playing. Instead, it’s just a case of the game only taking this long to beat. That may seem strange, but this is a revised version of a game that was made for a recent Ludum Dare.

The theme for this Ludum Dare was to create a game that mixes two incompatible genres, and boy does Love Is A Battlefield DX deliver. The game takes a vertical shump and combines it with a dating sim. If that already sounds strange, it’s because it is.

The core gameplay of Love Is A Battlefield DX is that of a shump. Despite this, it ties directly into the dating sim aspect of the game. Players have to defeat various enemies to progress forward. These enemies represent the girl’s insecurity. Defeating enemies builds and affection gauge, while taking hits lowers it. Also, the “bullets” that the player shoots are literally hearts to represent their affection.

All of this sounds incredibly weird, but its works out strangely enough. The game even handles the the idea of overcoming insecurity with love well. This includes the final, as well as the only, boss of the game being the cold, metal walls around the girl’s heart. Once the player has broken these down, they’ve successfully helped the girl overcome her insecurities and the two become a couple.

All of these themes and ideas mix well in Love Is A Battlefield DX, but what about the gameplay? Well, that’s a bit more of a wash. The game does control well, but it is only the most simple of a shump. This includes the player firing automatically and there only being basic movement with the arrow keys. Outside of this, there isn’t much else.

When it comes to the graphics and visuals, Love Is A Battlefield DX follows its gameplay. It’s all a bit simple and not much in the way of flashy. I understand that this probably has to do with it being a Ludum Dare game, but it’s still something I have to point out.

Overall, Love Is A Battlefield DX introduces some interesting ideas by mixing the shump and dating sim genres. I can honestly say it’s a type of game I would be willing to buy if the developer was able to completely flesh out the concept. It only takes a few minutes to beat, so check it out if you’ve got the time.

Love Is A Battlefield DX earns 3 GiN Gems out of 5!