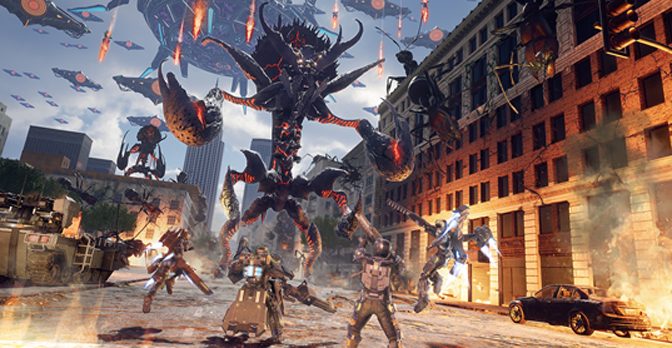 A totally new “EDF” project which takes place in a different world settings from the original “EARTH DEFENSE FORCE” series has started. Developed by YUKE’S Co., Ltd., with a theme song by Takashi Niigaki and creatures designed by Ryu Oyama for an “EDF” game that has never been seen before.

In addition to online co-op mode, “EDF: IR” supports online versus mode which competes for energy gem divided into two teams. The rule is very simple. Join either team “EDF” or team “Kindred Rebellion”, collect energy gems by defeating the Aggressors, and deliver them to the yellow recover drones. The team gathering more energy gems within the time limit wins. Also, the team which made it ahead of three Waves wins.