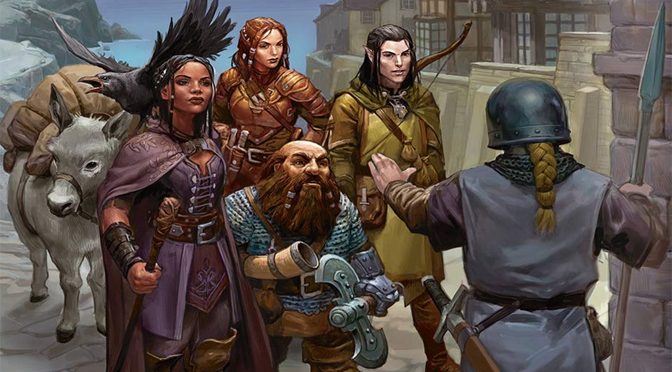 Like many of us at Game Industry News (GiN) we can’t meet up with friends for our table-top roll-playing games (TTRPG) so some of us turned to on-line platforms and we went with Roll20. GiN interviewed members of this gaming platform previously at Blerdcon, so we thought it would be cool to try it out ourselves. Using the Roll20 platform, we’ve tried Call of Cthulhu (CoC), Dungeons & Dragons (D&D) and Stars Without Number (SWN). This is what we found.

Since GiN covered the genre challenging ENnie-winning breakthrough Harlem Unbound by Chris Spivey, we started Call of Cthulhu game. My fearless editor John Breeden II, his even more fearless wife Karen, a friend without fear Chris and a man who laughs at fear from England named Tom all joined. We began the game, which was set just prior to World War II, and got started. 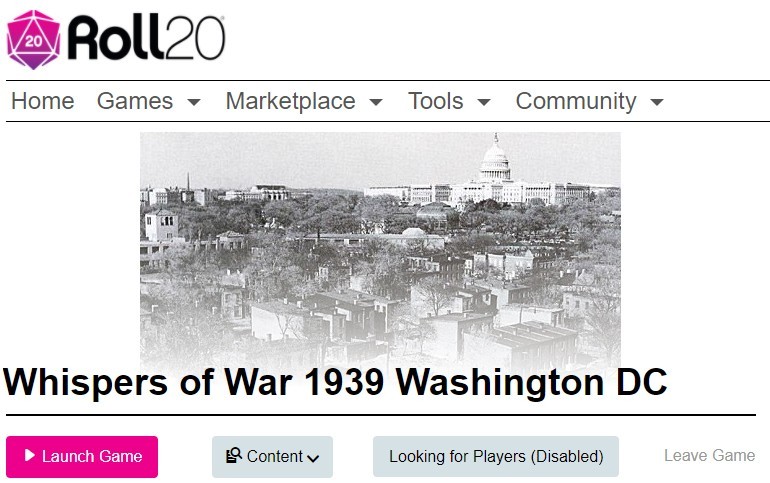 It was interesting playing with someone who was on Greenwich Mean Time while the rest of us were five hours “behind” him. We would start at 2 pm while he was at 7 pm. We decided not to use the video because it slowed things down and it made for good gameplay in that we used our imaginations to “see” each other’s characters. Some more positives were that any music or maps could be shared by everyone at once which helps with immersion. The other, obvious positives were that no travel time was needed and you could choose whatever snack you wanted!

Another great thing was that we checked in with each other and shared how our lives were going in this pandemic horror show that is 2020. We’ve grown to enjoy talking to someone from “across the pond” who deals with many of the same problems but with a different circumstance and background. On-line games like this can be ways to meet people and just get some enjoyment on your off hours.

The first scenario was reminiscent of Hellboy with the players investigating and fighting monsters, Nazis and monstrous Nazis. The players were all agents of the War Department of the United States in the months leading up to WWII. It finished with them all losing a bit of sanity but winning a stay against the forces of evil!

The next will be set during World War II but in Turkey!

Now how did Roll20 become such a popular platform?

In 2012 a Kickstarter for an on-line tabletop gaming platform dropped with a goal of $5,000. It finished with $39,651. Roll20 was that platform and it has since gained both members and rule book support for tabletop games like D&D, Starfinder, Pathfinder Second Edition, Call of Cthulhu 7th Edition, FATE, Cypher System, and Kids on Bikes. A big thanks should go out to those players and GMs who made up character sheets for these on their own and other games like Stars Without Number. They led the way for companies to make “official” Roll20 character sheets.

The basic membership to this platform is free and you can make a limited number of campaigns. It offers the ability to use picture content you find on the web and introduce into your game. You can also choose to purchase tokens to use on the maps, maps themselves, adventures and even rule books. If you get a membership you can make more adventures or have dynamic lighting which hides parts of the map you don’t want their characters to see.

There is definitely a very robust Roll20 on-line forum and Reddit community that gets you free maps and advice on how to make your game work. One piece of advice that comes up one these forums is that Roll20 seems to work best on Google Chrome. If you do have questions the people on both these forums respond well to questions.

The games are set up so you can broadcast and/or receive video and sound. Roll20 recommends each player using video chat have 250 Kb/s of downstream bandwidth, as well as 250 Kb/s of upload bandwidth for broadcasting video to the group. There are many who use Discord, Skype or other programs to not put such a strain on the system and Roll20 recommends that as well if you don’t make the 250 Kb/s cutoff.

Those that use a platform like Discord for their voice use Roll20 to do their maps, character sheets and dice rolling. It is a popular combination and I see it mentioned many times. I’ve used both and if Roll20 is under a lot of strain from users than having Discord helps. Roll20 reports it has over five million users so sometimes the strain on the system is real!

Gameplay for me has been lots of fun but you have to keep in mind that if you are already involved in lots of screen time than it could be both attention and eye-straining. It is also good to keep sessions short and to be ready for family, dinner, dogs, roommates and other interruptions to occur while on-line. If you have a long session then a planned break is important. Roll20 allows for you to message those in your game and do a written recap of the previous session.

Much like Netflix, Amazon and other companies that have grown in users Roll20 is no longer just a platform for other TTRPG games but has recently created their own! They offer a science fiction game called Burn Bryte. The game was designed for Roll20 and promises to take advantage of the virtual tabletop service for all its players. Award Winning Game designer James Introcaso worked with others to design it. He may be best known for being a co-author on the Critical Role D&D book Explorer’s Guide to Wildmount. He talks about the process on his podcast Table Top Babble (Episode 185 July 12, 2020).

While getting some friends to play is the ideal, Roll20 allows for you to seek out other games and players on its platform. We at Game Industry News found it to be a lot of fun, and we think you will too!