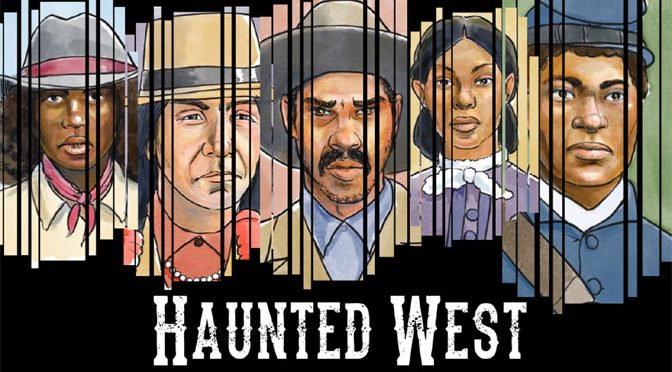 Chris Spivey is an African-American war veteran who writes adventures for RPGs that feature protagonists and situations often ignored by both conventional history and the gaming industry at large. He has helped change that with his engaging and complex writing for the Cthulhu based RPGs like Call of Cthulhu and Cthulhu Confidential. He is also both headlining and writing a new RPG called “Haunted West” that uses a new game system.

Spivey is best known for the RPG book “Harlem Unbound.” In “Harlem Unbound” Spivey addresses the racism that existed during the Harlem Renaissance and the racism of the author H.P. Lovecraft himself. Spivey acted as both originator, author and project manager for this collaborative book that won Three ENnies in 2018- the annual fan-based award for RPGs at GenCon. 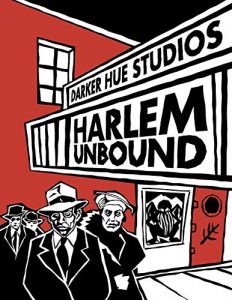 Much like the upcoming HBO series “Lovecraft County,” which has producers like Jordan Peele, Misha Green, J.J. Abrams and Ben Stevenson, Chris Spivey’s characters inhabit a world of supernatural horror and science fiction sensibilities along with the historical realities of racism and common prejudice.

As it states in the introduction, “This sourcebook flips the standard Lovecraftian view of minorities on its head, putting them in the roles of heroes who must struggle against cosmic horrors while also fighting for a chance at equality.” Spivey comes by this knowledge of Lovecraft in a unique way. When he was around 12 years old, he worked at an estate sale and had to stay overnight in the house where he was boxing up the possessions. It was there he came upon a complete set of Lovecraft’s work.

Spivey stayed up, at night, in a strange house and read these stories about protagonists who struggled against an uncaring and dangerous universe. While Lovecraft, a racist and misogynistic man, may not have thought someone like Spivey would ever read his works Spivey did and transformed it into something that speaks to his own experience.

While Spivey obviously did lots of research for this book, he also has a direct tie to this time. His cousin was no other than Zora Neal Hurston, famous Harlem Renaissance author, anthropologist and filmmaker. She shows up in this book along with lots of other real personalities.

This book details not only just Harlem in the 1920’s but a detailed timeline that goes back 400 years of real history. New York’s history of Native Americans, Dutch Settlers and English slave owners is given a parallel with a horror history of cosmic monsters. It is not only compatible with the latest edition of Call of Cthulhu but it also will work with the Gumshoe RPG rules in Cthulhu Confidential. The book enumerates the Gumshoe system so someone could run a game without buying any other sourcebooks.

This book is now going to go to a second edition with Chaosium making it a part of their product line.

Before all this Spivey had written for Cthulhu Confidential and did a one on one adventure set in Washington DC where the player is an African-American World War 2 veteran who must deal with both Jim Crow laws and Lovecraftian Horror. Called, “One for the Money” it is published by Pelgrane Press.

Spivey has gone on to be an author on the 2018 Call of Cthulhu Starter Set. As mentioned before the newest endeavor for his company, Darker Hue Studios, is called “Haunted West.” It will use its own game mechanics and will portray those forgotten or given less than heroic status in regular westerns. It is also hinted that it will have both supernatural and science fiction elements. 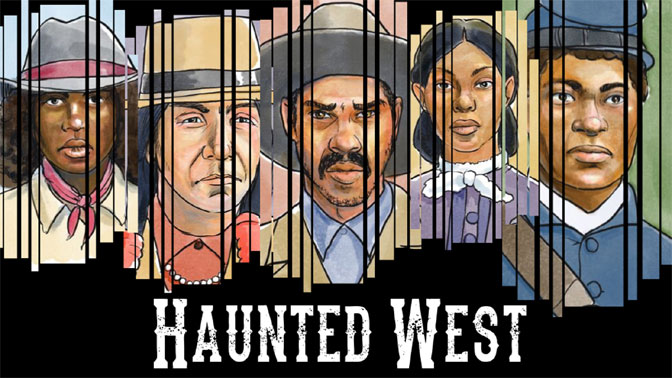 Introduced on Kickstarter last year with a starting goal of $10,000, it surpassed all expectations. The ten-grand goal was reached in three hours and was funded additional money to the tune of $53,883. It is eagerly awaited and is drawing lots of great artists and writers.