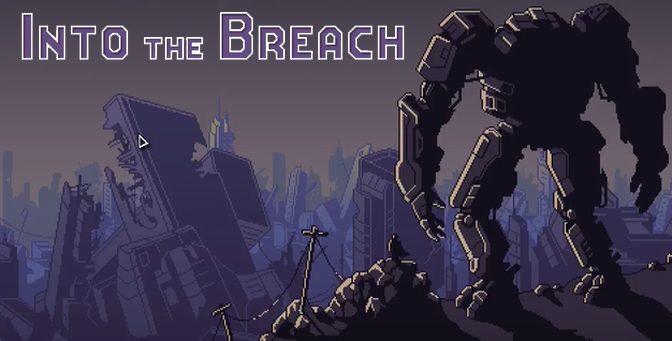 In Into the Breach, humanity is besieged by gigantic insects that are burrowing up from the middle of the planet and killing everyone. Thankfully, we have squads of giant robots to battle them. However, more often than not, the bugs still win. But no matter, because every loss is simply an opportunity to start over in a new timeline, with at least some of the experience you gained from before. 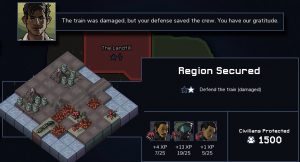 You would think that because the enemies all telegraph their moves, that it would be easy to outsmart and outfight them. For example, you know that the big bug is going to shoot acid at your mech in the next round, while his buddy is going to eat some civilians. However, it’s not quite that simple. You are almost always outnumbered, and only have a limited number of turns. Sometimes, you have to make hard choices, like whether to sacrifice your mech and pilot, or let civilians die. Only too many civilian deaths and it’s game over. 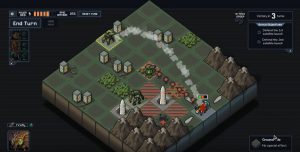 But it’s never really game over. When you lose, you can send one of your pilots back to base, and they can deploy with a new squad in a new timeline, where you hopefully don’t make the same mistakes. Thus, Into the Breach has some unique gameplay elements you won’t find anywhere else, though it might not be for everyone.

Come watch our first playthrough of the game, and revel in our misfortunes as we learn the ropes.