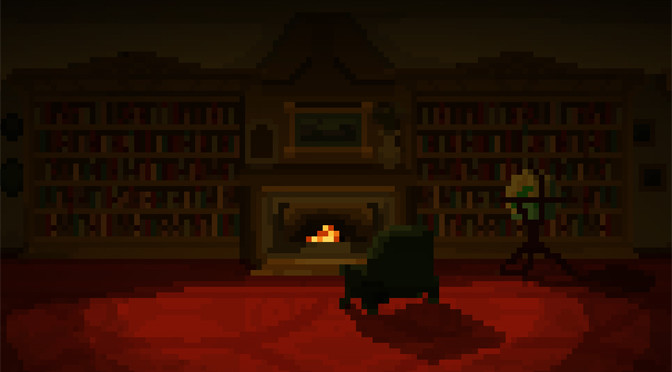 The Last Door: My Dearest Visitor

This week I’m glad to say that I’ve returned to a game series that has probably become my personal favorite since I started the Time Waster all those years ago. That series is The Last Door.

This week I played The Last Door: My Dearest Visitor. This is the second episode in the second season of the minimalist horror game series. It’s also the sixth episode to be released as the first season was made up of four episodes. 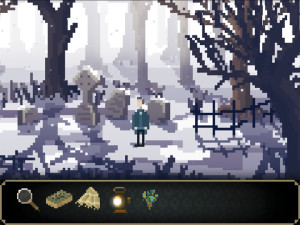 The story of The Last Door is filled with Lovecraftian themes and that continues in My Dearest Visitor. This episodes has Doctor Wakefield and Johan Kaufman visiting Kaufman’s mentor to learn more about the occult. Unfortunately, the man has become riddled with an illness that has drove him mad. However, he left clues and riddles around his home to lead his dearest visitor to his research.

The setting of exploring and uncovering clues in a gloomy manor is very similar to the one from the first episode. It wasn’t bad and the riddle hunt was actually a nice break from running around an interrogating every person you can find for information. There was also a lot of satisfaction that came from solving the riddles. Some were fairly simple, but others really had me stretching my mind to figure them out and it was a welcome feeling. However, the greatest part of this was easily being alone. The feeling of being alone really helped drive up the edge-of-your seat feeling I get from these games.

The basic gameplay in The Last Door: My Dearest Visitor has remained largely the same as previous entries in the series in terms of controls. It’s a point-and-click game with riddles. If that’s not your thing, I’m sorry to hear that. Why? Because The Last Door has been telling a wonderful story over these last six episodes and it would be a shame to miss out on it. 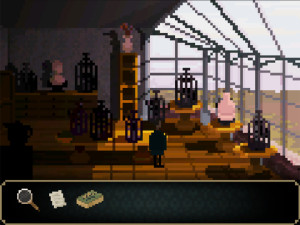 The graphics of The Last Door: My Dearest Visitor are of a minimalist style, just like all previous episodes in the series. However, even though they aren’t the best, the game has its own unique flavor to it. The audio in the game is wonderful with a great amount of attention being given to the sound affects. These elements come together with an amazingly good soundtrack that really gives the game a strong atmosphere. I always find it so amazing that a game with such a simple appearance can use other elements to make it just as engrossing as a AAA title.

Overall, The Last Door: My Dearest Visitor is another very solid entry in the series. It goes a long way toward discovering answers to questions players have had since the first episode, but doesn’t give it all away. It’s a great trickle of information to satisfy curiosity without ruining the reveal. The reliance of riddles, the return to a dusty manor, the feeling of being alone and the wonderful audio make this the strongest episode in the series yet.

The Last Door: My Dearest Visitor earns 5 GiN Gems out of 5!