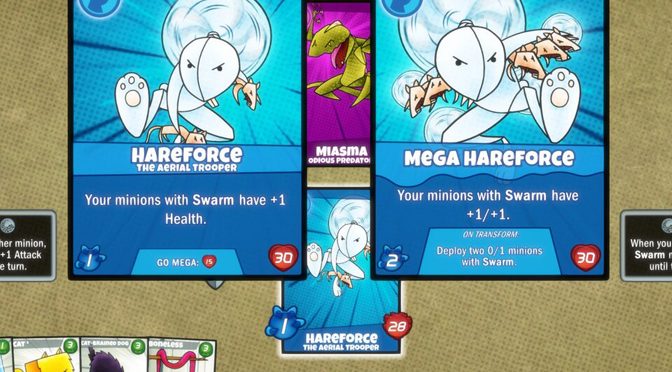 We’re getting closer and closer to my major announcement, but we’ve still got a couple of games to go through first. That includes the card-battle game Cardpocalypse.

Anyone that’s been a long-time reader of the Time Waster knows that I love a good card game. Unfortunately, I can’t really say that about Cardpocalypse.

Here’s the thing, I like the general idea behind Cardpocalypse. It’s basically a Pokemon ripoff set in the 90s and that perfectly tickles my nostalgia. The school setting, the creatures from the cards invading the real world and all those other tropes are great here. The problem is that the game is just too dang unstable. 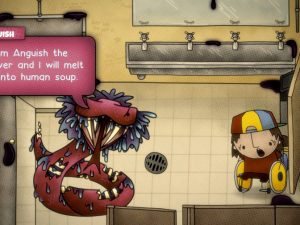 At various points while playing Cardpocalypse, I had to reset the game due to it freezing. Once it was because the main character, Jessica, got stuck on an object instead of moving around it. That softlock required a restart. Another time, I had one of my counter mutations go off during a card battle (think trap cards from Yu-Gi-Oh). Not only did it not work correctly, but it also froze the game. There was another time besides this, but I can’t remember what the exact trigger was for it.

The freezing isn’t the only issue that Cardpocalypse has. The game can chug at times too. Sometimes just moving through the school or switching through menus can cause the game to lag. It gets even worse playing the card battle game. If there are too many enemies on the field, cards in hand, or just cards in general, the game really starts to slow down. Frankly, I’m surprised this didn’t cause a crash.

While the actual card game in Cardpocalypse is fun, moving around the school isn’t. Jess’ movement is just a bit too slow and it can make the game really drag. Especially, if players are like me and start doing extra side quests. These often require them to run…wheel all around the school to complete.

Not to come across as offensive, but if Jess is stuck in a wheelchair, the developers could at least give my girl a speed boost. I get that’s not how it works in real life, but this is a game. Take some liberties with it. 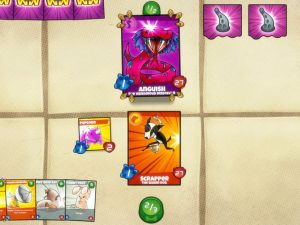 The visuals in Cardpocalypse are a bit of a miss as well. The game’s world is drab and boring looking, as are the characters. This is the 90s, I want to see neon colors and jaggy lines everywhere, dangit! It doesn’t matter if that’s not what the 90s were really like, it’s what I remember it like. Yet again, take some liberties.

If there’s one part of Cardpocalypse that truly stands out, it’s the audio. That includes the rad opening theme and little jams for each of the champion cards the player gets. There’s also little bits of voice acting that work well for the game too. This is one case where the devs really did embrace that 90s feel.

Overall, Cardpocalypse could be a really good game, but it lacks polish. Hopefully, the devs will put out some patches to fix the issues I’ve mentioned, but I can’t recommend picking it up at launch. There are just too many things holding the game back, including not embracing the 90s as it should have. That requires more work but may be worth looking into.

Cardpocalypse earns 2 GiN Gems out of 5!