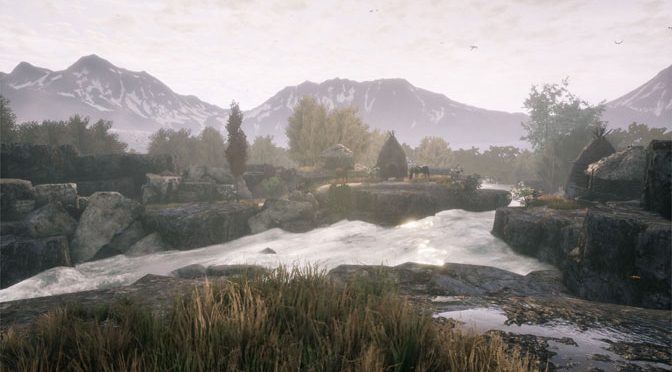 The Dead Tree of Ranchiuna

This week, I’m back with another walking simulator, Dead Tree of Ranchiuna, and I’m certainly not averse to walking simulators. I even like strange, weird, experimental games. I even love a game with a message, so I had high hopes for Tree. Unfortunately, Tree didn’t quite meet those expectations.

Tree, as I’m going to call it, drops you into the body of a college student who’s come home to his native village. I think the location is meant to be somewhere in Romania, but I’m not entirely certain given that at one point you ride an elephant for no apparent reason. In any case, I don’t think the actual location matters beyond acknowledging that the area is meant to be Andrei’s native village as well as your random student’s, which you find to be completely abandoned. The entire game involves you walking around and stumbling on memories that allow you to explore Andrei’s history and fate upon his return to this village. Please note, you do pass under a twisted tree from which a skeleton dangles, so you have a pretty good idea where this story is going. 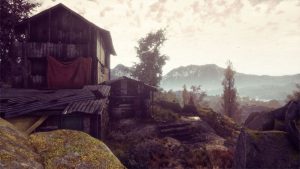 Initially, there’s no explanation as to why Andrei disliked Bucharest, but we do know that he comes back to reconnect with three friends and his old flame, Daniela. Apparently, Andrei just assumes he’s going to pick up with Daniela where he left off before heading to Bucharest, and weirdly, Daniela doesn’t find this at all objectionable. Things start to go badly for Andrei, and eventually, if you keep walking, you discover the entire truth of what happened to Andrei, which I’ll reveal below. If you want to avoid them, skip the marked section of this review. 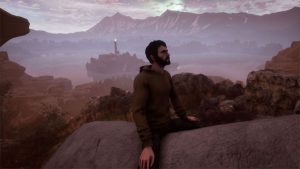 I’m generally opposed to revealing spoilers in these reviews because even if a game might not work for me, I don’t want to ruin the experience for someone else who might enjoy the game experience. In Tree’s case, I’m just going to save you two hours of your life. Nicholae, Vasile, and another character whose name I can’t be bothered to recall murdered Andrei because he stole a toy from Vasile when they were all children.

Your character wanders around this surreal village experiencing the ways in which Vasile and his friends have conspired to make Andrei’s life miserable, including a section in which they set a dog on him. As an added bonus, the three conspirators kill each other after debating who will be next in line for Daniela’s affections, so everyone in this story is a real winner. 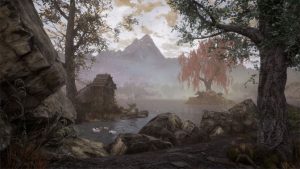 As you wander, a completely disconnected narrator periodically interjects random hackneyed philosophical musings that detract from whatever enjoyment you might derive from walking through the environment. My guess is that the musings are meant to supplement your exploration of the “darkness of the human soul” embodied by the events relating to Andrei, but I found them to be reductive, random, and more than a bit nonsensical. 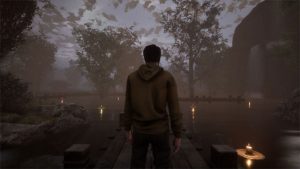 Tree does contain a series of puzzles that range in difficulty and construction from immediately obvious to entirely obfuscated. At one point, I found myself flipping switches to obtain a result, and I still have no idea what I did to trigger the action. Unfortunately, these puzzles as well as one weirdly placed platforming section, do little to break up the monotony of walking. 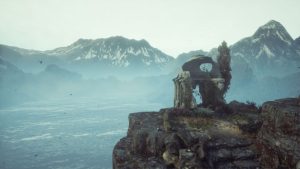 When I say that Tree is a walking simulator, I mean it. You walk, and I’d hazard a guess that there’s about four minutes of walking between each story node. The game includes an auto-walk button, which you will need to use in order to avoid blisters. You don’t have to worry about combat in Tree, but there is a section of weaponized walking in which you walk into demons to kill them. My guess is that this section is likely meant to be a metaphor about facing your inherent darkness.

Visually, the game isn’t terrible. From a distance, the environment elements tend to be nicely textured, and the developers include enough difference to make the walks visually interesting. When you get up close, you’ll notice where the visuals begin to break down into less-well rendered, blocky images. Considering the amount of time you spend walking, you’ll also begin to note the repetitiveness of some of the background elements, including repeated buildings, lakes, and lake beds. I played Tree on the Switch, and the Switch version isn’t a bad port. You’ll get the odd visual glitch and stuttering, but considering Tonguc Bodur is a solo developer, I’d say Tree is startlingly well rendered. 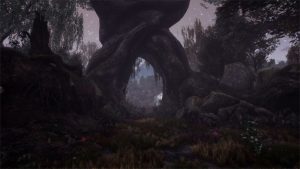 The soundtrack is possibly the best part of the game. Bodur clearly invested in some nicely composed, orchestral pieces that float nicely in the background. There are some moments where the music desperately tries to elevate the emotional gravitas of the story. Unfortunately, juxtaposed with the actual events taking place onscreen, the music comes off as being ridiculously overwrought. However, I’d argue that the fault here lies in the story rather than the music. The game will not win any awards for voice acting because that is objectively terrible. The wooden acting does nothing to save the game from its awkward scripting. Moreover, there are detectible fluctuations in the quality of the soundmixing that further detract from the experience.

The story plays out via the medium of smoke-like apparitions that have been color coded for your convenience. The point there I guess is to give Tree an almost supernatural quality. Lamentably, in practical terms, you’re just watching colored blobs move around the screen. The blobs do conceal the violence since impacts with each other and with your character only manifest in the form of light flickers. You do have the option to toggle between a first person and a third person perspective, in the event you prefer a less immersive experience. 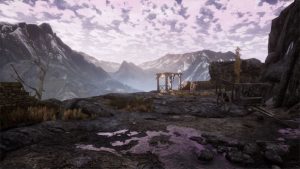 Between the completely unsatisfying storyline and terrible voice acting, getting through Tree was a struggle for me. While I understand that the point of the story is to force us to face the depths of human cruelty and pettiness, Tree required far, far too much walking to get there with too little payoff. Parents should be aware that Tree’s writing does involve graphic language that also gets used in weirdly inappropriate ways. While there’s no gore per se, apparently no one in this mythical Romania ever picks up bodies or buries them, so there are depictions of skeletons.

Gameplay is simple and straightforward, and there is an autosave feature that protects your progress except in the platforming section where if you fall off, you have to start over from the beginning. You spend most of your time walking, so you probably should count on playing Tree in larger time segments. Dead Tree of Ranchiuna retails for $7.99 on Steam and $6.99 on the Nintendo store.