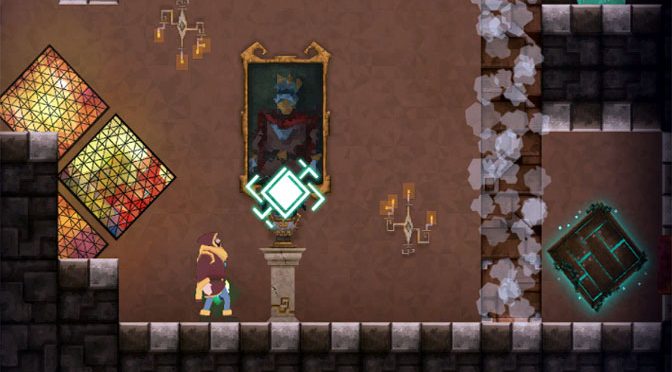 Tetragon Is one of those games that almost mesmerizing. From the gentle soundtrack to the lovely 2D art that feels like a stylized version of the games I played in the past, Tetragon is a very relaxing experience, until it isn’t, which is related to the control scheme. As a puzzle game, the puzzles constitute the main draw, and they generally strike a great balance between being just difficult enough to pose a challenge but not so difficult that you find yourself wanting to rage quit until the third world or so. Tetragon also offers a lot of them to do, so you can invest some decent time into gameplay, though it’s not what I would call a long game. Considering its price point, it’s a solid way to spend an afternoon, but be warned, the controls constitute a fairly major drawback for what would otherwise be a solid title. 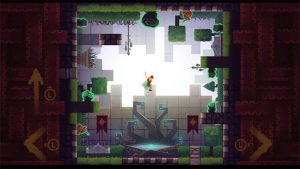 Prior to the game’s beginning, the peaceful world revolved around the Tetragem, but a dark force shattered the Tetragem. As the Tetragem fragmented, so, too, did the world in Tetragon. The game opens on a completely different world with Woodcutter Lucios chopping down trees while his son plays in the background. Lucios turns around to discover his son has disappeared, leaving only a mysterious glowing item on the forest floor. You head over and are immediately transported into Tetragon’s beautiful but fragmented world. You solve puzzles to proceed from one stage to the next, searching for your missing child. As you proceed through the four worlds, you acquire shards, find items, and meet characters that provide you tiny pieces of the overall puzzle as to what happened to the world. 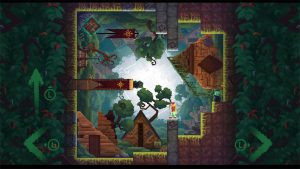 Tetragon’s primary mechanic depends on rotating the world ninety degrees in order to reach the door to the next level, which both reminds me very much of Fez and doesn’t at the same time. Tetragon plays like a fairy tale—you start as a woodcutter and travel through castles and magical landscapes. Tetragon is strictly 2D, unlike Fez, but I found that I didn’t particularly miss that third dimension. As you complete the tutorial, you acquire a magical lantern that will allow you to move what the game refers to as “towers” but are really columns. Once you can move the columns, you can begin to work out more complex solutions and keep yourself from dying from fall damage. There are other hazards that you encounter as you continue from stage to stage, and each one represents an instant death because you’ll notice Lucios has no health bar. Fortunately, the deaths do not seem to mean anything as the only consequence appears to be that you restart your current stage. 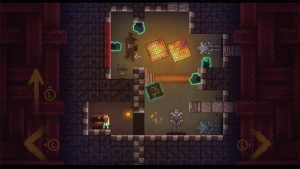 To be clear, these puzzles are engaging, and I appreciated that there was no apparent time limit in each stage to drive you to work out the solution. That more relaxed approach to gameplay fits nicely with the overall ambience of Tetragon. However, that ambience is at odds with the story. If Lucios is going through all of this fragment jumping to rescue his son, one would think he’d be a little more pressed to find him. The game would disagree despite reminding you of your end goal by allowing you to interact with your son’s ghost during various stages.

As far as the game experience goes, the art style is beautiful. The game incorporates rotation as a motif throughout the stages, from peculiarly growing tree roots to rooms whose furnishings do not all obey the same laws of gravity. The music remains calming and easy to which to listen throughout, though the world ending puzzles resolve with a sound that forcibly reminds me of Zelda. All of that’s the good. 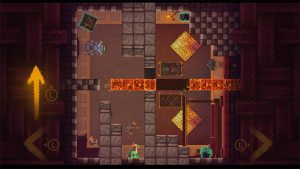 The actual gameplay forms the bad. I played through the game on a PC, which spared me some of the buggier issues that other reviewers have noted. However, even being able to use my mouse to drag the room’s rotation bar didn’t really hide how unresponsive the controls really are. Tetragon requires pinpoint accuracy, by which I mean, you have to click on the exact right place to manipulate the columns. You have to position Lucios just correctly in order for his mid-stage ability to climb three blocks to trigger. You even have to find the exact pixel the game recognizes as the solution in order for the doors to open or to acquire the shards. The end result is that you can be standing with your head on the shard but still not be able to retrieve it. I can only imagine how frustrating gameplay must be with a controller. 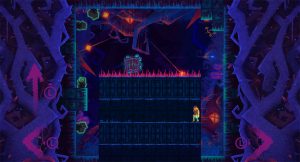 If you get stuck, which can happen, especially in later worlds, Tetragon lacks a hint mechanic. Your only choice is to restart the stage entirely. As with death, you seem to lose nothing when you do, but it’s a tad annoying to have to rely on a restart. With such a movable world, one would think that there would be no point where you wouldn’t be able to backtrack. The control issue dominates the first two worlds where puzzle difficulty averages around moderate. However, the puzzle difficulty jumps remarkably as soon as you pass into the third world. 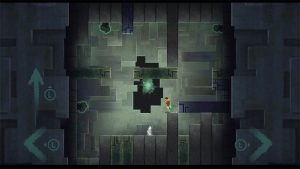 The end boss fight really hones in on a mastery of the controls because you have to deflect various attacks by moving columns. Yes, most boss fights expect you to have figured out how the game works, but in Tetragon, with the problems listed above, mastery feels very arbitrary and elusive. If you’re already struggling to move the columns in time, well, let’s just say you end up at that fight for a while. 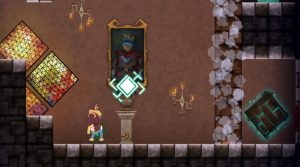 Still, for under $15, Tetragon is a solid 2D puzzle game, though I do recommend that you space it out in order to enjoy the game more. While Tetragon offers hours of gameplay, which is a good thing, I found that it became a little monotonous by the end of the first hour. If you like puzzle games and can handle the occasional awkward control, pick up Tetragon if for no other reason than that the idea behind the game is just so good. Also, stick to playing it on the PC. You’ll thank me later. 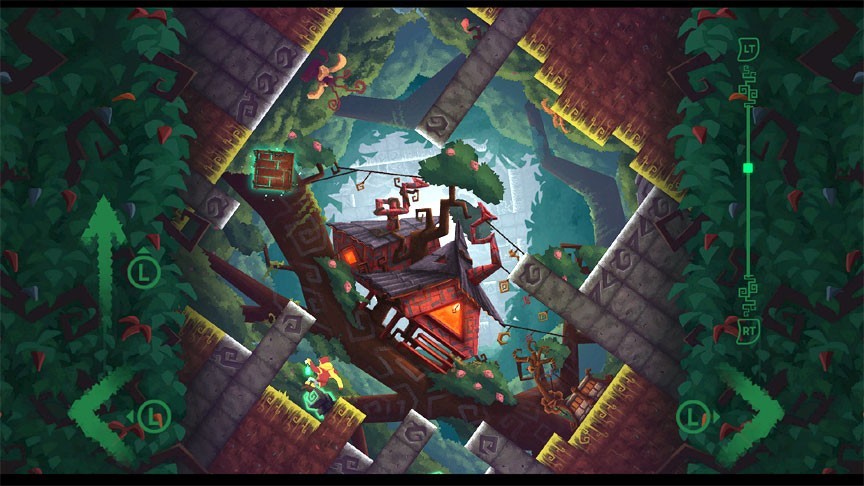