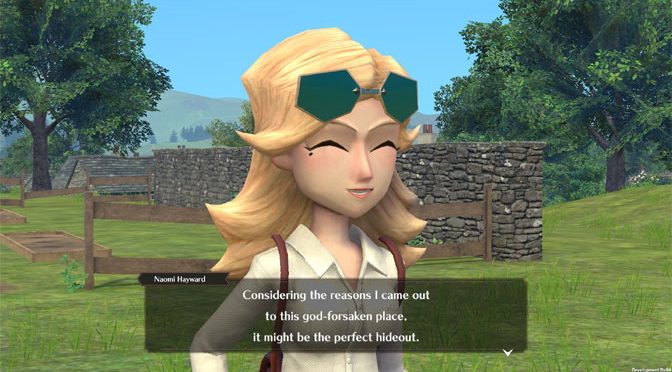 If you’re looking for a combat-less RPG with a side of oddball weird, have I got the game for you. The Good Life takes you to Rainy Woods, a town in backwater England that has a secret, and you, as photojournalist Naomi Hayward, have to figure out the town’s secret, solve a murder mystery, and pay off your debt. If that sounds like a lot, it is.

The Good Life is a whimsical and bizarre mélange of story elements and genres, and I’d be lying if I said it weren’t a mess. It is, however, a strangely charming mess that clearly does not expect you to take it seriously, so if that’s up your alley, I recommend that you check out The Good Life. 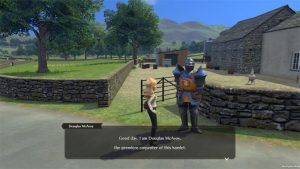 The Good Life opens with you arriving at Rainy Woods, a tiny hamlet, in the middle of nowhere, England. It’s so backwater that even the cabbie tells you that almost anywhere else would be more interesting. However, you are Naomi Hayward, and you have a mission. The Morning Bell has sent you to Rainy Woods to discover the town’s dark secret, and despite your immediate dislike of Rainy Woods, you have little choice to comply because you happen to owe the company a truly astronomical amount of money. You meet Elizabeth Dickens in the town square, where she directs you to the house the town has provided you, and you head to your new digs only to discover an ancient computer and the minimum of accommodation. 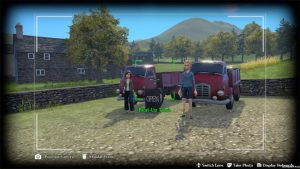 That computer will be important because it’s not only where your tyrannical overlord-slash-employer sends you information but also where you’re able to use the Flamingo App to upload photographs to #socialmedia. The reactions to these photos earn you money, which will be applied to your debt, so keeping your shutter trigger handy is a good idea. As your stay in Rainy Woods lengthens, you’ll be able to decorate your garden and generally clean up the place because The Good Life provides you with a bit of a life-sim in addition to the RPG elements. 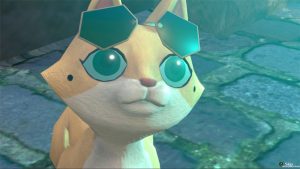 However, the mystery will occupy most of your time, and in very quick succession, you discover that the town’s general secret is that all of the occupants transform into either dogs or cats at every full moon. Don’t worry, you’ll be able to join them because you’ll need the animal instincts afforded to you by both dog and cat forms in order to solve the more pressing mystery. Did I mention that you witness a murder? You do, and you’ll need all the help you can get to make sense of the supernatural elements and other concerns choking the town in order to solve it. Just don’t expect to wrap up every niggling detail or even to have everything make sense. Sense isn’t really a concern for The Good Life. 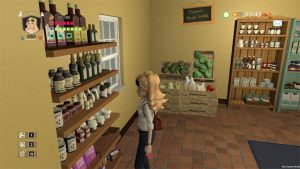 When I began playing The Good Life, I’d never heard of SWERY, one of Hidetaka Suehiro’s pseudonyms, nor had I come across Deadly Premonition. However, by the time I’d finished The Good Life, I had a pretty good sense of what playing a SWERY game entailed. To say that I was unprepared for the ride The Good Life would take me on is both true and such a profound understatement. I really love a game that has a good narrative structure, and The Good Life provides that in spades. The story, while not always sensical, takes center stage in a way it does not in almost every other game I have ever played. This aspect is both good and bad because while the story is frequently engaging, there are large sections of the game that had me feeling as if I were merely running between cut scenes. 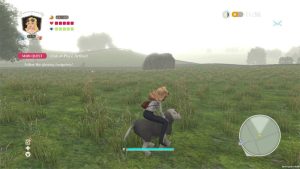 Speaking of running, the game’s animation style feels less “retro” and more un-polished. Naomi has two speeds in all three of her forms: general trot and sprint, and you’ll find the sprint mechanic also brings along the familiar exhaustion bar. There’s just something deeply odd about how she moves that I found quite distracting, again even in her animal forms. There’s not really a consequence for exhausting Naomi, and she recovers very quickly, allowing you to move again. That’s important because the Good Life Map is huge. You can expect a lot of time trotting between destinations because the map is simply too large for the interaction options it offers. Naomi can warp back to her house, which is such a welcome feature, but otherwise, you’re pretty stuck to walking. Cat form helps because in some cases, switching forms enables you to leap over fences and take a more direct path. 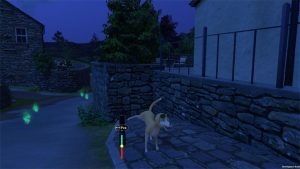 As a dog, you don’t leap so much as mark your territory. Yes, you do find yourself succumbing to your animal instincts, and you will pee on all the trees. However, dog form gives you the ability to follow scents and track people, which will become extremely valuable depending on the requirements of the quest. Quests themselves are divided into two groups: main and optional. The main questline obviously pertains to the storyline, but you get more variability in the side-quests. Some of these range from collecting items to photographing things to upload via the Flamingo Apps for more Evokes. Plus, where you stand on the team cat vs. team dog issue will influence whether certain NPCs will offer you side-quests, so pay attention to your animal bar.

I have to admit that I did find myself enjoying the photography mechanic. Initially, I worried that it would be clunky and a distraction from the main storyline, but as I played through The Good Life, I found myself really rather enjoying it. However, do bear in mind that the photography challenges roll over at certain intervals, so that photo you’ve been saving to throw up may become useless in relatively short order. The evokes and the Flamingo App are fairly important because they provide the income stream that you use to wipe out Naomi’s enormous debt. 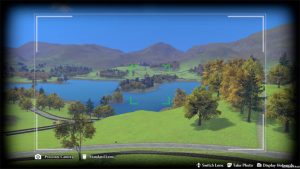 The game also provides you with entertaining animated factoids, including about the Cavalier King Charles Spaniel. They sort of tie into the game’s themes, but again, don’t expect them to interlock with the story in terribly concrete ways. The Good Life leans very much into the wacky and weird. Yes, you ostensibly investigate a murder, but rather frequently, the actual murder bit gets put on the backburner as you investigate UFO sightings or ride sheep. Plus, again, while you get what is clearly meant to be an emotionally satisfying resolution, that resolution will not look like you think it might. Most of this is because The Good Life isn’t intended to be serious, so you shouldn’t take it seriously. The Good Life is really very funny, but it’s the kind of humor that doesn’t really land until after you’ve stepped away from the keyboard. In the moment, dealing with The Good Life’s wacky shenanigans can be frustrating, but it’s definitely a game that sticks with you long after you’ve walked away from Rainy Woods. 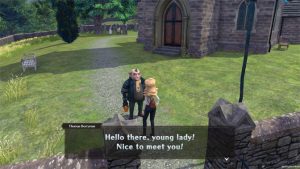 The Good Life offers another version of the combatless RPG with a more retro-feel and a map that feels like it should be an open sandbox but really isn’t. You get the opportunity to take photos for cash and to complete side quests, and you collect ingredients for the witch who lives in the woods to make concoctions for you. The hunting and gathering combined with the huge map can cause the game to drag as can the sheer number of cutscenes, but ultimately, if the weird and wacky appeals to you, you should take a trip to Rainy Woods if for nothing else than the absolutely adorable versions of the characters in their animal forms. 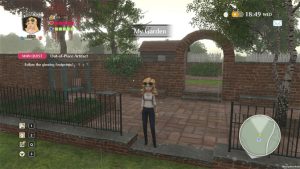 As far as gameplay goes, The Good Life lends itself to being picked up and played in increments rather than in long sessions because otherwise, the quests and the running become monotonous. It’s a great game for players who don’t have a lot of time to devote to things, and the bizarreness of the story means you don’t have to retain a tremendous amount of detail to keep playing. The game should set you back around $40.00, so it’s probably on the higher end of what I recommend. The Good Life isn’t for everyone, so give the demo a playthrough before you buy. 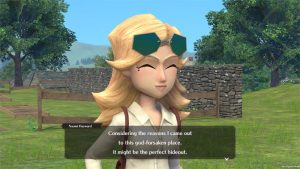