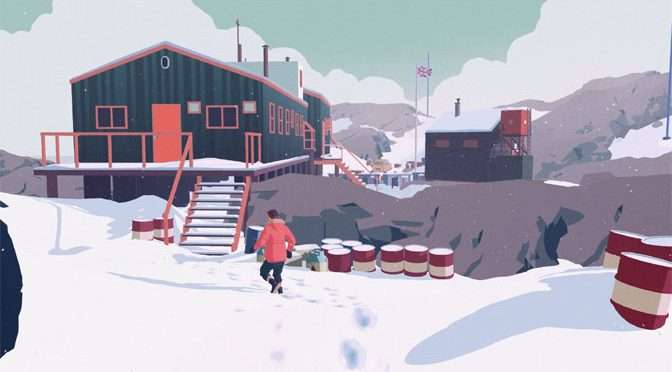 South of the Circle

If you’ve ever had a story that grabbed you and would not let you go, that’s very much what South of the Circle feels like. It’s more a visual novel than an actual game, so the game prioritizes the story over the gameplay. However, don’t be dissuaded by that observation. South of the Circle is more like an interactive movie than it is a game, and the story will haunt you well after the credits have rolled. 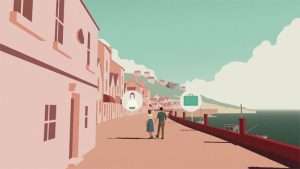 South of the Circle’s narrative bounces between 1964, which we understand to be “modern-day” for the game’s purposes, and flashbacks to 1960. Your main POV character is Peter, a Cambridge academic who has been tasked with doing research in Antarctica in 1964. A terrible wind causes Peter’s plane to crash, and as the pilot breaks his leg in the crash, Peter must traverse the inhospitable icy wasteland of Antarctica in order to find help.

In 1960, Peter is summoned back to Cambridge by his mentor, and on that same train, he meets Clara, also a Cambridge academic. The narrative positions her as the love interest, and indeed in the 1960 flashbacks, Peter relives the delicate balancing act of trying to manage a relationship with Clara, his career as an academic, and navigating the heavily charged Cold War atmosphere. 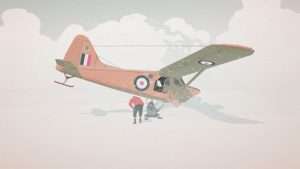 As far as gameplay goes, South of the Circle’s control system isn’t terribly complex. As with other titles in this genre, a great deal of time is spent investigating objects and then speaking to other characters. The game gives you three options as to how you respond, each option representative of a different emotional posture that your reply might take. Is Peter angry? Is Peter calm? Is Peter feeling funny (let’s be real, that’s almost never the case). Mostly, these responses don’t affect the narrative, but there are key decision nodes in which your choice will determine how the story progresses. You’ll know that you’ve hit one of these when you suddenly find yourself faced with two options that involve more action than just speech. 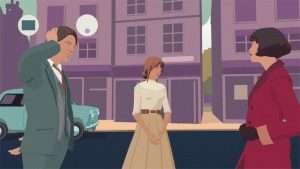 I cannot overstate the importance of these choices because you’ll revisit them or their consequences at the end of South of the Circle. However, unlike most other visual novel-style games, this one limits the amount of time you can take pondering your choice. If you exhaust that timeframe, the game will randomly make a selection, and frankly, the choice it makes is almost always the worst one. Be aware of that when you’re pondering how to advance the story. 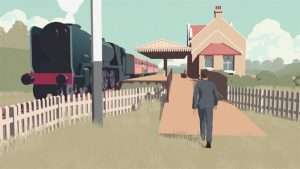 The tutorial, if South of the Circle can be said to have one, occurs during the actual plane crash, which renders it nearly useless considering I doubt most people will be able to remember everything that popped up on the screen during that frenetic sequence. The dialogue symbols are especially important, but given that I didn’t follow the initial explanation, I managed to miss what the game provided as a description for them. That said, if you play around in the pause menu, you can find an explanation for each symbol in the help menu. While I understand why the game developers made that decision, I still found it frustrating every time I forgot what a given symbol meant.

The game does give you the option of using a controller, though I played through with the keyboard. A controller might have been a better choice, but I didn’t find the keyboard to be a terribly difficult medium. That said, if you have a controller handy, you’d do well to load it up. 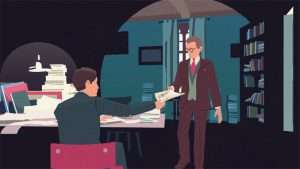 Visually, South of the Circle has a very distinctive style. Faces are mostly vague, with the visual emphasis falling on blocks of color associated with places and people. The art style forces players to focus on the voice acting, which is without a doubt some of the best voice acting I’ve ever experienced in a game. Peter’s voice in particular sounded so familiar that I had to do some IMDB snooping only to discover that the actor, Gwylim Lee, played DS Charlie Nelson in Midsomer Murders, which was a long-time guilty pleasure. However, the voice acting did not quite distract me from the weirdness of the visual designs. I found that vagueness to be jarring, especially given that the scenes were realized with motion capture, resulting in beautifully smooth motions and natural body language. Your mileage on that point may vary. 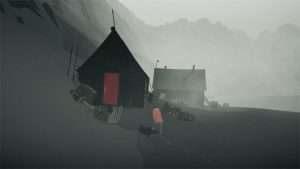 Part of South of the Circle’s distinctive style is an amazing aural experience. The game’s sound engineers deserve every bit of praise because they manage to incorporate realistic sounds into the overall gameplay without allowing the sound design to overshadow the dialogue, which is still the main focus of the game. Moreover, that balance that they strike only makes the game more immersive. 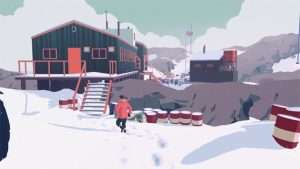 Not to get too deep into the spoilers, but I found the ending of South of the Circle incredibly frustrating. First, while I understand that due to the nature of the title’s narrative, certain events have to happen, realizing that almost no choice I made mattered to the story made me feel as though the gameplay was just the devs’ way of keeping my attention while they took me on a movie ride. Lastly, the ambiguity of South of the Circle’s ending didn’t so much rip my heart out and stomp on it as cause intense eye-rolling. However, your mileage may vary on that point. 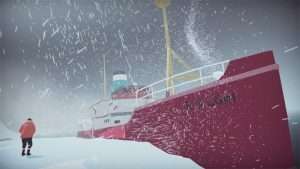 South of the Circle is truly a cinematic experience. The storytelling is top notch as is the voice acting. Every aspect of this title has been carefully crafted, and for the most part, those efforts yield incredible dividends. However, South of the Circle doesn’t quite stick the landing for me, but I’ll say this for it, the story will stick with you long after the credits roll.

South of the Circle retails for $12.99 on Steam 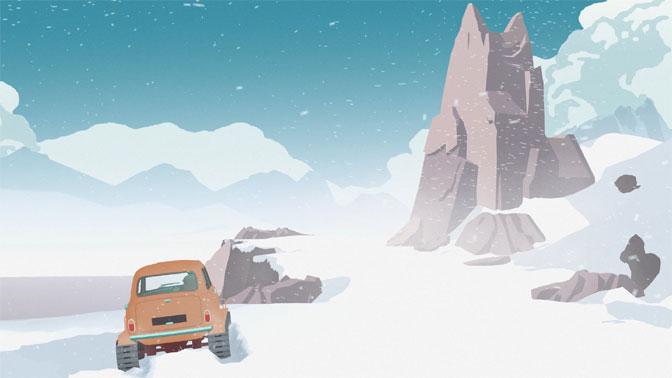