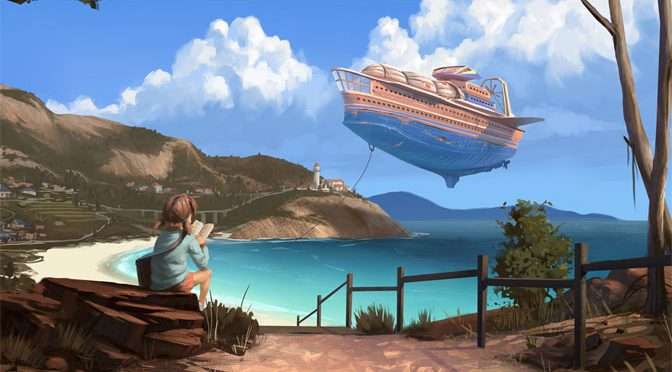 The team at Ghost Pattern is ecstatic to announce their lovingly crafted simultaneously-told narrative adventure, Wayward Strand is now available for PC, Nintendo Switch, PlayStation 5, PlayStation 4, Xbox Series X|S, and Xbox One X. The inaugural title from the Australian indie studio, Wayward Strand is inspired by interactive theater: characters and their stories play out in real-time, and it’s up to the player to choose which characters to talk with or stories to follow.

Centering on Casey, an intrepid teenage journalist embarking on her first trip aboard a wondrous flying ship-turned-hospital above a small Australian town in the summer of 1978, players will get to know the colorful cast of characters through her eyes. With limited time for helping the staff, getting to know the patients, and investigating the mysteries of the ship itself, it’s up to the player to choose how Casey navigates through the multiple stories being told in real-time around the ship.

Characters aboard the vessel are guided by their own desires, schedules and will, sometimes talking with Casey, and sometimes with each other. Players have the agency to decide who Casey will interact with— or not—choosing to engage directly or even eavesdrop on the unsuspecting workers or patients on the ship. With over 18,000 lines of recorded voiceover dialogue—rivalling some of the biggest AAA games on the market—there are a plethora of interesting conversations to be had (or overheard).

While a single playthrough is a complete experience of one version of the story, the developers note that it can take up to a dozen playthroughs to begin to see the full picture. Wayward Strand covers many complex topics, including empathy, intergenerational relationships, care and neglect, as well as exploring the day-to-day lives of older people and care workers.