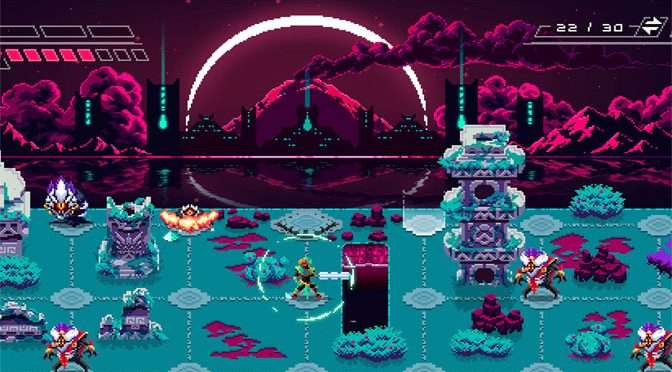 Taking a break from simulators, we’re heading into the “potatoes” of the “meat and potatoes” of indie gaming: puzzlers. Jade Order features retro-style puzzles set in a surprisingly well-developed world. While some of the gameplay works against the setting, if you like pixelated puzzlers, Jade Order is definitely a game you should strongly consider.

In Jade Order, your character is one of the goddess of light’s most loyal warriors. Your mission is to travel to various beacon sites where you will defeat the forces of literal darkness and power the beacon. That beacon, in turn, will provide the Jade Goddess power enough to drive back the darkness that has begun slowly engulfing your universe under the Dark God’s command. The fate of Jade Order’s universe is in your hands, so you know, no pressure. 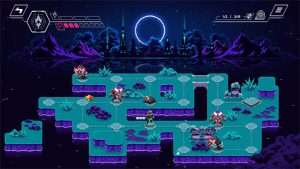 That’s quite a bit of weight to put on a puzzler, and Jade Order certainly tries to live up to it. Between the thematically appropriate green palette to the very real attempts to make the game’s universe feel as though chaos is a real, driving force, Jade Order definitely tries to craft a gameplay experience that’s as immersive as it is challenging.

You execute your mission by moving your character between demarcated spots on a grid where you’ll either engage an enemy or keep moving. The end goal for this is to kill enough enemies to open up the beacon. You accomplish that by attacking enemies either from the sides or from behind. You will need to be careful when selecting move options as there is a move limit. In addition, as with most of these linear puzzlers, you’ll gain access to powers and abilities that allow your character to affect either how your enemies move or how you interact with the environment. However, you’ll need to collect a certain item, either at a node or by your character killing an enemy in order to activate those abilities. Each stage features three challenges over and above the primary objective, and these challenges add a bit of flavor to the stages. Note, you can attempt the puzzle as many times as you like in order to complete all three challenges. 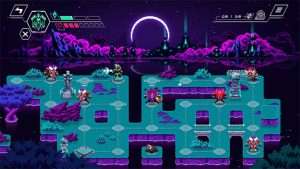 There’s where Jade Order begins to suffer. For a title in which chaos is such an important theme, the amount of repetition you eventually do renders Jade Order predictable, especially when you’ve played it a while. It does introduce various new enemies as you progress, but even that doesn’t entirely make up for some of that predictability. Jade Order also requires a significant amount of time investment before you acquire new powers, which contributes to the general feeling of slowness about it.

In terms of length, there are five provinces with ten stages in each, and while the individual stages don’t necessarily take too long, Jade Order provides enough material to keep your interest, especially given the game’s price point. I do think that Jade Order improves with the practice effect, so I don’t remember taking too long between stages. 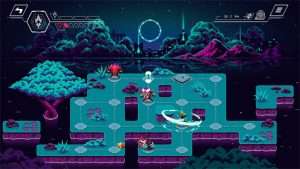 Visually, Jade Order is beautiful, with carefully rendered pixel art and fantastically detailed settings, and the animations are much smoother than I anticipated they would be. The music is haunting, but as there seems to be only the one piece of music, you’ll eventually tune it out. Unfortunately, there does not appear to be an option to disable the music without disabling all audio.

In terms of controls, there are some issues, including how you quit Jade Order and some additional clicks being required for movement. These issues may not be present in the Switch version, but they definitely became irritating on the computer.

Jade Order is a solid grid puzzler with an interesting story and gorgeous settings. While there are some technical issues with the desktop version and pacing issues, it’s a solid game to play. At $4.99, Jade Order represents a good option if you’re looking for a puzzler. 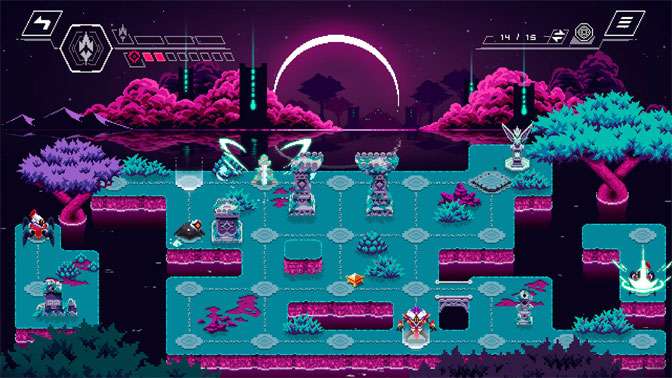