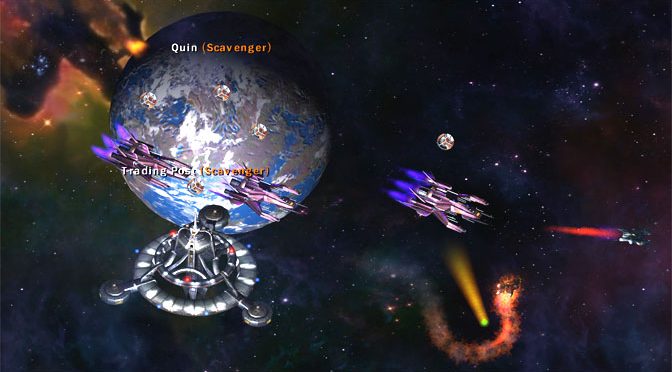 Did you love going to the arcade as a kid to play the games in their giant boxes? Does the unique sound these games have spark that warm feeling of nostalgia in you? However, did you wish that you could delve just a little bit deeper into these game worlds? If so, then I can very much recommend Drox Operative 2.

Developer Soldak Entertainment has crafted a game that mimics the feel of those old school arcade games, but still goes deep enough to earn its place as an RPG. If that appeals to you, then keep reading. 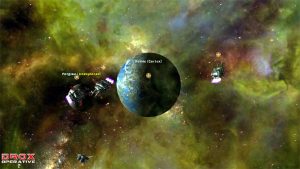 I have to confess that I did not play the first Drox Operative, nor do I know anything about the game. As a result, I was a bit behind the power curve when it came to Drox Operative 2, which apparently flows from the first game. The basic idea is that a long time ago in this particular galaxy where you’re going to playing, the Drox emerged as a major power, and they used a network of Operatives to maintain that power. However, eventually, the Drox came to fear their Operatives and therefore concluded that they needed to eliminate them. The Drox chose poorly because now, the Drox are extinct, and the Operative Guild survives as an independent entity. You work for the Drox Operative Guild.

However, in the absence of the Drox, peace did not return to the galaxy. Rather, various ancient races returned to fill the power vacuum, and war ensued. The Guild apparently picked sides and helped negotiate a truce, and things more or less continued peacefully until another wave of sentient species emerged with all the attendant conflict such a thing would cause. Now, the ancient races, the younger races, and the Drox Operative Guild are all vying for supremacy using any and all tools available to them. That’s the world in which you’ll be trying to survive and ultimately achieve some sort of supremacy. What that supremacy looks like is largely up to you so long as you manage it in one of the game’s parameters for winning. 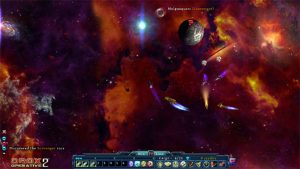 While interesting, this plot is both good to know and not entirely relevant to the actual gameplay. You can certainly play Drox Operative 2 without knowing that background. It’s much more important to grasp what the various win conditions mean early on in your adventure. I particularly like that Drox Operative 2 doesn’t place you as the player in charge of a large-scale force or faction; you’re an operative and part of a guild. Your goals will depend on how you play the game, but largely, you have normal mercenary goals: build the deadliest ship in the sector and make as many credits as you can. 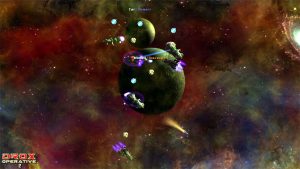 Customizability really is Drox Operative 2’s major strength. You as a player really are the master of your game. There are six win conditions, so you have options. You aren’t limited to military or economic supremacy as game objectives. You can choose to play the game in order to win on the basis of diplomatic prowess or, my personal favorite, as a “legend.” The legend mechanic is pretty fantastic; obviously, you deal in reputation which you gain as a reward from slaying monsters and engaging in increasingly ridiculous quests. However, bear in mind that there are three ways in which you can fail the game, and you have 20 minutes to fix the situation if you find yourself falling into one of the three failure categories before the game ends. 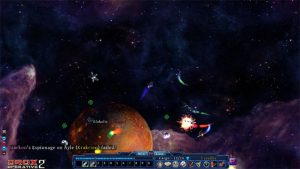 Beyond determining what win condition you choose, the game allows you to choose a playstyle both as it pertains to your ship and to the sector in which you’ll be working with attendant XP bonuses or penalties depending on your choices. You can select various modes for your ship including hardcore, semi hardcore, poverty, unlucky, etc. I really liked the poverty and unlucky mechanics as a concept. Unlucky ships come across far fewer resources, and poverty means that you’ll be playing at an economic disadvantage. That’s not something you usually see in these kinds of games, so I appreciated the level of thought Soldak Entertainment put into the game. As far as your sector goes, that’s where you pick level of difficulty, rate of encounters, whether you want to play with cataclysm mode engaged, and how large a sector you wish to have among others. All of that doesn’t even touch the questions of what species you choose to play and how you build your skill trees. This game possesses a level granular customizability that strikes me as being very, very rare.

The downside of having that level of control over your experience is that it’s a lot of front-loaded decision-making. The game presupposes a solid familiarity with games in this genre and the conventions related thereto. If, like me, you don’t tend to play space games, this is a lot. You can certainly go through every race and look at their skill trees, which I did not do and perhaps should have. Drox Operative 2 appears to be pretty balanced as far as the species-specific bonuses go. Humans have additional personnel slots, and the Shadows specialize in stealth. I believe the Drakk offer you the option of having extra ships accompany you. The rest of the races represent the full gamut of potential playstyles, so you can be fairly certain to find a species that suits yours without having to worry that there’s a “right” way to play the game. 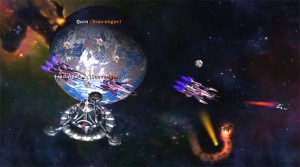 There’s also a great deal of information located on your taskbar, which is where you’ll cycle through various screens and menus. You will spend a great deal of time cycling through those screens as you explore your sector and complete quests. You should also anticipate stumbling onto random combat encounters at any given moment, and you can’t really avoid them. While this makes for fantastic gameplay if you have solid chunks of time to devote to Drox Operative 2, it makes for some difficulties if you’re trying to complete quests in a narrow-window of time.

You also need to keep track of the information from your UI, including the notification that you’ve gone someplace you shouldn’t. You’ll know what’s going on based on the notifications from your UI. However, if you’re a player that doesn’t like or prefers not to handle a lot of fast-moving information thrown you, Drox Operative 2’s screen can be overwhelming. This is especially true given that Drox Operative 2 is a very loud game. The game embraces its arcade roots most obviously in the sound elements. I’m sure you technically lose very little by opting to play the game on mute, but then you also lose one of the really big parts of the Drox Operative 2 experience. If you happen to be playing in a more communal setting, you’re going to need some headphones. Also, you should expect Drox Operative 2’s visuals to be a touch dated. Like the soundtrack, the visuals also reflect how far Soldak Entertainment has leaned into the arcade aesthetic. 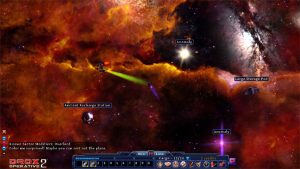 Drox Operative 2 serves as a great example of games in which the devil is in the details because there is a lot of information that you have to keep in mind. For me, that means Drox Operative 2 is a game that I can’t pick up and put down easily. I found that trying to finish as much of a campaign as I could in a single sitting worked the best for me. Every time I tried to come back to a game, I definitely noticed that the time away affected my gameplay. Also, my unfamiliarity with the genre meant that Drox Operative 2 had a bit of learning curve for me, and I’m not referring here to the controls. The game does allow you to choose between using the keyboard or your mouse in order to move your ship, which is a nice touch. Finding the right balance of skills and components proved more challenging to me than it would have a gamer more experienced with this particular genre of game.

Drox Operative 2 does offer a co-op mode for players interested in playing with others. Note, this is not a pvp set-up but rather a true co-operative gaming experience, and it does extend Drox Operative 2’s replayability. The game’s environments are randomly generated, so you don’t have to worry about stagnating maps or repetitive gameplay. Plus, your decisions do impact the rest of the sector, not just in terms of reputation either, so each game feels very different. Moreover, as you gain experience with one ship, additional races and modes unlock, which also offers players opportunities for different game experiences. 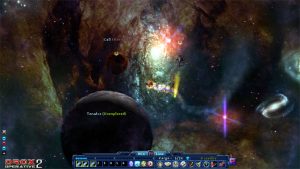 Drox Operative 2 is a fantastic space action RPG with all the benefits and drawbacks that entails. The game doesn’t lend itself very well to being played in small time increments, but the game’s relatively low system requirements mean that it can be played on smaller, less powerful machines. That gives the game solid portability. The game is very loud, and the lime green question marks indicating a gameplay tip do pop up without warning. If you have concerns or issues with either of those elements, Drox Operative 2 will not be for you. However, if you do play it, Drox Operative 2 lends itself to ample replayability which makes the $19.99 price tag a steal. 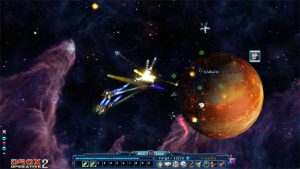