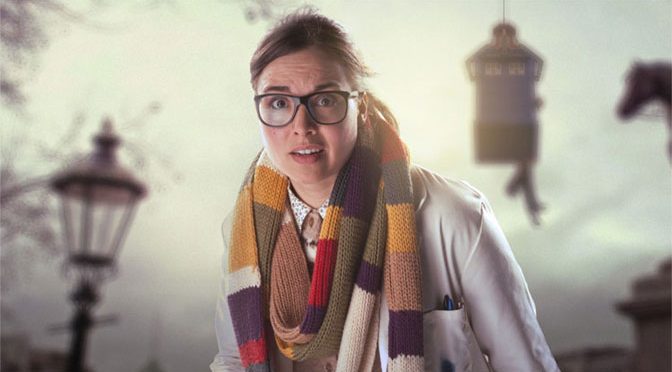 Doctor Who: The Lonely Assassins

Greetings! I am Sumroad coming back to you from a well-deserved vacation at LA (not) and it is… in fact, Saturday, or is it Friday? I mean, this time travels have been a little frustrating to me, it’s hard to keep up with the time zones, jet lag, you know, all that stuff you have to deal with when you move across time zones, or ages. Anyway, I’m in London, (again) trying to find someone who’s only known as…The Doctor, I’d really use a check, because honestly, I think I’m getting a cold. My friends told me I’d find him somewhere around a phonebooth but I’ve been standing here for a couple hours now and no Doc, oh well, maybe I should go to a pub and ask for a good glass o’ water. Yeah, I’d order a pint if… ok ok! I’ll shut it already! 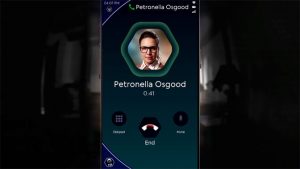 This week, The Modern Gamer is proud to review a game based on a TV icon. Doctor Who: The Lonely Assassins. One thing to note is that I never watched a single episode of this show, but I got some light from my well-versed editor on this matter. That being said, I wanted to keep myself as noob and ignorant as possible because gaming is all about getting hooked up no matter your knowledge about a book, movie, show, etc. It is about how good the game is without all the background, I mean… not always but I believe the mobile gaming industry really have to fight in that arena to get more and more people to their games. 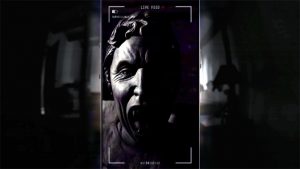 Ok now! Doctor Who: The Lonely Assassins is a puzzle game which fits what I know about the show (cryptic, mystery stuff). A game that turns your phone into someone else’s phone. You soon realize you’ll be helping Petronella Osgood to gather data from that very phone. How? You receive a phone call from her, briefly describing wat the problem is, as well as her concerns, then your contact will be by texts. You start digging on this person’s phone, problem is, it has some interference of sorts, which means, some data isn’t accessible. On the bright side, Osgood will assist you with a clue scanner and it’ll blink whenever a clue is nearby. So, you just have to tap to scan and then you have to report back to Osgood for you both, as a team, put the clues together and solve the mystery of this…mystery…phone, yes.

It’s worth noting that this was reviewed on a smartphone because, well, that is what the game is about. However, it’s also available on the Steam online platform, and for the Nintendo Switch. 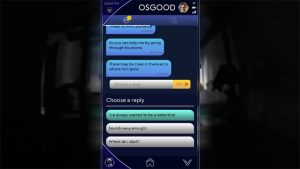 I won’t spoil anything about the plot because that’s the most important part of this game, so let’s talk about the mechanics, shall we? It was a surprise to have my phone turned into another phone, like, an actual phone with apps and such (just do not expect snapchat nor Netflix lads!). The basic apps are there, Texts, Photos, e-mail, Browser and the Phone app (duh!). At the top left corner, you will find a quick guide of what you need to look for, in other words…your quest list, which is, at the same time your hint book, because it has some useful information you may have overlooked or forgot and you won’t need to go back to your conversations with Osgood to get yourself back on track.

On the bottom left corner there’s the clue scanner. It blinks yellow for when the game makes sure you won’t miss a scan of any critical piece of evidence. And, speaking of the devil, some clues are right in front of your eyes, but you will have to put some pieces together in order to get more. I wanted to stress that because at the very beginning it’s easy to depend on the scanner, and most people may overlook or just skip the conversations, but in this game, you need to keep your eyes open. You never know when you’re going to need that bit of data hidden in that spam-like email or an unwritten detail as a color. As I said, keep your eyes open and your memory sharp…or maybe you’d like to make some notes. 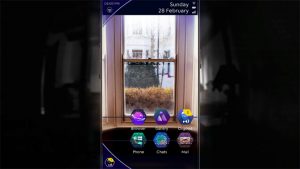 Sometimes you will receive mysterious phone calls out of the blue, and let me tell you, I was so concentrated on reading that it freaked me out a little at the beginning, then you’ll get used to those cryptic, “nonsense” calls. The way you can navigate through the phone is really nice, I mean, if you have a similar theme on your phone, I believe you could even get “confused” if your head is so into the game.

There is nothing much to say graphics wise, in the end it is a phone UI and it is well designed, the quality of the pictures and colors are nice, not even a smudged line. Even the browser has some nice animations that gives it more depth to the well-rounded and meticulously made content. Sound is great, they even recommend you to use headphones for a better experience and tell you what… do it! It really adds to the experience, you won’t regret it. 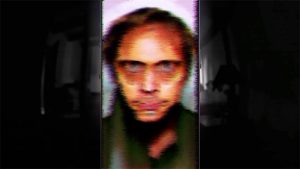 My final thoughts on the game are these: As illiterate as I can be on the Doctor Who lore, I can tell you the game is very well executed, a real good plot in a real good package. If there are flaws versus the lore, well, I really don’t know folks, but I would love to you guys to let me know if there’s any in the comments down below.  Also, the game feels a little short, I would really love it to be longer because it was really fun to play.

Oh…I don’t think I need to say this but…get it…get Doctor Who: The Lonely Assassins, if you’re hooked enough you may even dream you’re solving the mystery –winks!-. This is Sumroad standing on the sidewalk, still waiting for The Doctor to show up! Have a great gaming weekend my friends and family, this was the Modern Gamer…see you next Saturday, ta ta!