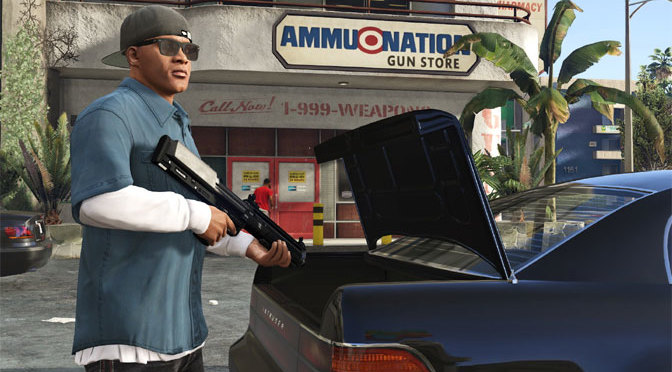 GTA V is heavily littered with sneaky easter eggs and fun facts, whether it is production secrets or movie references. The game has become the biggest cultural phenomenon in the gaming community in its recent years with a huge dedicated fan base behind it. The most detailed oriented gamers have scoured the nooks and crannies of GTA V and found new titbits of information that might have swept past the average-gamers eyes. If you don’t know these yet, don’t fret, for I have compiled a list of the most interesting GTA V facts yet discovered. Haven’t tried GTA V yet? Consider searching or cheap GTA V key to find the best price for the game.

The three playable characters in the game actually have their own individual sleeping routines! When saving the game, the time changes according to which character you’re playing as. Michael sleeps for 6 hours, Franklin sleeps the average 8 hours while Trevor sleeps at a whopping time of 12 hours.

During the prologue, while the police is on your tail, Michael, Brad, and Trevor the mission will try to direct you over the railroad tracks. Ignore those instructions and turn right instead. Go under the bridge, stop the car, get out, and look in the river to see a frozen Alien in the ice.

GTA V is, to be hands down, the most expensive game to be ever created up to date. The game cost a substantial $137 million to create, and an astounding $128 million to market, leading to a total of a hefty $265 million. GTA V has a huge playable map, hundreds different NPCs plus dozens of exciting activities such as sailing, parachuting, bowling and fishing.

The GTA franchises’ earliest running gag has to be the shootable moon glitch. When you shoot at the moon with the sniper rifle the moon changes its size suddenly, getting bigger and bigger before ultimately returning to its original size.

We can all agree that the voice acting in GTA V is pretty well-done. Apart from being talented, the voice actors were excellent at method acting. Trevor Phillips is often seen in GTA V wearing nothing but his underwear, turns out, Steven Ogg would often record his lines in actually his underwear to help him stay in character. On the other hand, Ned Luke actually gained 25 pounds of weight, allowing him to inhabit the well-known dad bod which Michael sports.