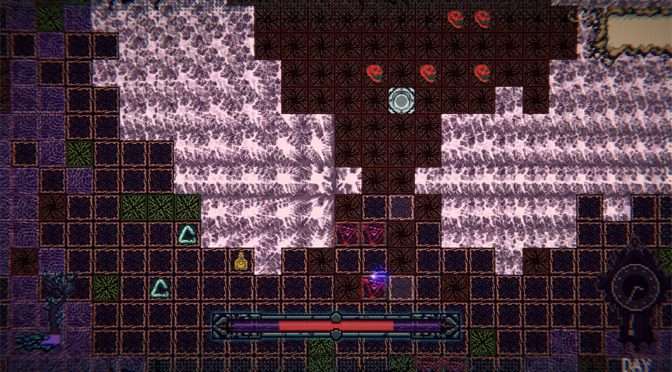 Witch Strandings is an interesting amalgamation of a walking sim and a community-based game, in which you must forge connections in order to progress. I’m honestly not certain what I expected from this title, but what I got wasn’t it. That’s not a bad thing, but Witch Strandings is going to be a very niche game with a very particular audience.

I recommend you find a demo to decide if you are in that group or not. 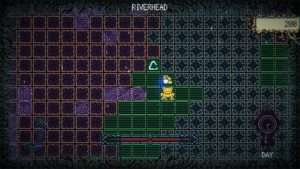 In Witch Strandings, you have a cursed forest filled with similarly cursed sad critters that were once human. It’s your task to cheer up these creatures by fetching items such as food and medicine. Though, you do have the option to decline. However, talking to these NPCs is crucial for understanding the corruption at the root of the forest’s problems. 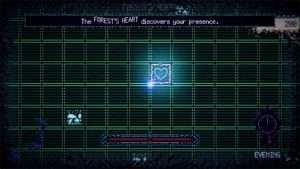 Witch Strandings feels very much as if you’ve taken a video game and deconstructed it. You move from square to square on a grid, and while that sounds very much like something you’d have done in earlier iterations of games, that’s not quite what’s going on here. Each of the tiles is a different color, representing the type of territory you’re crossing, which can be anything from a thicket of brambles to a water hazard. Despite your character being a mote of light, you will be impacted by the nature of the hazard. That mote of light, by the way, represents your mouse cursor, which is the primary means of movement in Witch Strandings. Your mouse controls your movement, and you have the choice of zipping through the forest or taking a more painstaking approach. You learn quickly that large movements become costly as you find yourself caught in quicksand, brambles, or water. The game then slows down your cursor, giving you an oddly physical feel when dealing with the abstractly rendered hazard. 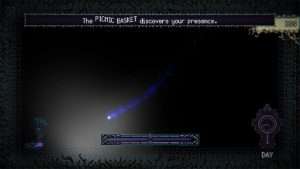 You can and will use objects to purify or otherwise neutralize the obstacles, and those obstacles do not reappear once you’ve removed the necessary curative object. You’re therefore creating what I assume to be the titular strands that weave through the forest, connecting the unfortunate denizens to the objects they need. Because Witch Strandings is a top-down game, you actually get to see the alterations to the map in real time; there’s no zooming out to investigate the scale of your accomplishments. 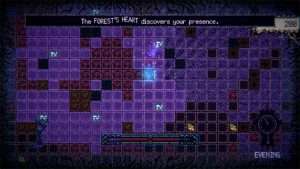 However, this top-down approach means you can stumble into hazards you had no way of anticipating. When you move upward and downward, the screen generates on a line-by-line basis. If you move left or right, the title reveals the environment more like a traditional video game would. It’s frustrating, especially when exploration is such an important element in Witch Strandings. 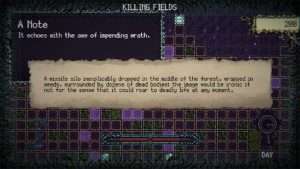 Hideo Kojima’s Death Stranding inspired the development of the genre that gave rise to Witch Strandings, and apparently, Kojima believes the core element of stranding games is how necessary the social aspect is to that genre’s gameplay. Witch Strandings manages to incorporate a great deal of that while still maintaining the peculiar, deconstructed feel. While you can choose not to interact with the various cursed residents, I don’t recommend it because you’ll miss not only key elements of the plot of Witch Strandings but also necessary information. 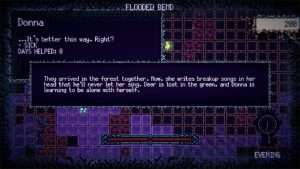 Witch Strandings is a deceptively simple game that offers a nearly sandbox-esque playing field you can explore in order to defeat the titular witch. Witch Strandings both does and does not lend itself to being picked up and put down. On the one hand, the title’s deconstructed nature means you can see exactly what you were doing when you left, but on the other, you may not remember all the promises you’ve made to the various animals, which can prove damaging.

I don’t really think there’s anything in Witch Strandings that would be inappropriate for children, but as always, I do recommend that parents play through it before turning their kids loose in the game’s world. 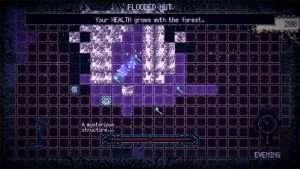 In all honesty, I’m not sure what to make of my experience with Witch Strandings. It offers a weirdly immersive world that still maintains a meta awareness of the fact that it’s a video game. I think Witch Strandings will haunt me for some time to come, a fitting title for the end of the spooky season.

Witch Strandings retails for $14.99 on Steam.