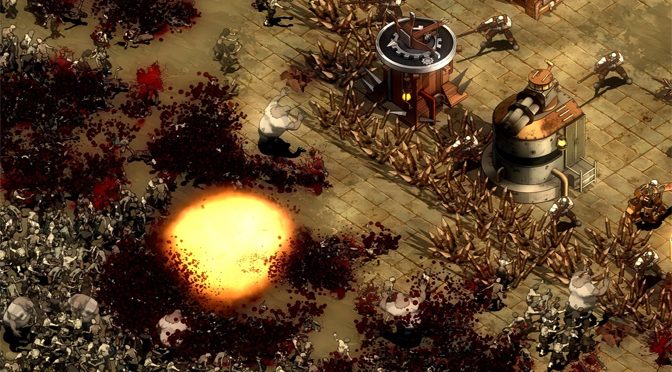 They are Billions is a real-time strategy game that has elements of a city builder, tower defense game, and standard RTS like Command and Conquer.

For those who don’t like how time-sensitive RTS games can be, They are Billions does feature a pause feature that allows you to pause the game and queue up buildings and the like, so it’s a lot less reliant upon the player’s own reaction time (“How do I deal with Zerg rush?”) and more about knowing what to do and when, and utilizing that knowledge to appropriately overcome the various challenges of the game. Don’t misconstrue this, however: They are Billions is a pretty brutal game. Once in survival, even the tiniest mistake gets punished by sending you back to the start- even gaps you thought didn’t exist may conveniently be a zombie-sized hole that leads to doomed dwellings and your settlement overrun with the undead. 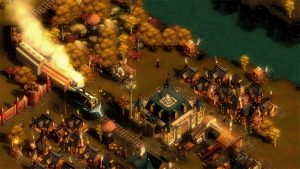 There are no extra lives in They are Billions, so when something goes wrong and you’re scrambling for resources to prepare for the zombie horde the game can be considerably intense, leaving you with white knuckles as your entire game state crumbles because one zombie you didn’t notice slipped between a pixel-sized gap between trees and a boulder.

Zombies don’t just come on horde days: Even a single biter eluding your patrols and getting into your settlement can ruin everything and result in a game over. One zombie quickly becomes many more, which can have your settlement overrun before you may even know what happened if you were building up other things or putting out fires elsewhere. To prepare for when the zombie horde will descend upon your last bastion of humanity, you need to efficiently develop your settlement, defenses, and resources, and doing so forms the largest hurdle in They are Billions: The learning curve.

They are Billions starts off with players looking at a base with a handful of units, and a pressing need to secure the surrounding landscape and begin developing your base into a settlement. The city builder elements come into play in about the fashion you’d expect: Building a tent will give you only a few workers, and a cottage or stone house would provide more defense, workers, and gold, but each costs additional resources and requires another building in order to be erected. An interesting element of They are Billions is that if a structure in your settlement is compromised, each unit inside that building becomes a zombie, so you can be surprised by an entire horde appearing on the opposite side as all of your defenses. It’s an interesting element that this game utilizes well to keep the player on their toes. One zombie begets thirty more, and before you know it, you’ve gotten a game over and are required to retry. 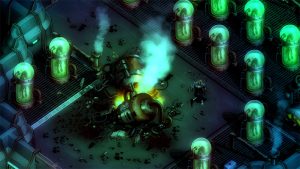 Expanding your settlement to continually have access to new resources, workers, and defensive measures is important, but with every expansion comes the risk of zombies breaking through where defenses are thinnest. Properly managing your resources and poring through the variety of combat units and defensive structures players can utilize takes a sizable amount of time and help form the learning curve to this game- there’s no way to know which units are best to use in which situation, so while an intuitive player could learn by doing over scores of hours, researching on wikis or from more experienced players would likely be the best option, as the game is bereft of nearly any information that would actually help players understand what functions best and at what time besides just basic time-wasting experimentation (which can be annoying, unless you just like spending a few hours just to see if something works). They are Billions is essentially a big permadeath game that requires you fail for a while before you can get to the fun part of the game where everything clicks- perusing depositories of information regarding the game is a solid way to shortcut to this step, but obviously not everyone wants to do that nor should all players be expected to do so. 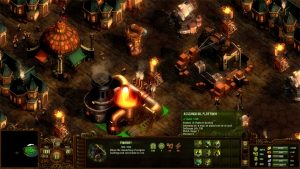 Now, when someone says real-time strategy game, console controllers are obviously the first things to come to mind. Hopefully that got a chuckle out of you because it’s a joke: the developers obvioulsy understood that playing with analog sticks wouldn’t be very ideal, so They are Billions supports mouse and keyboard on both PS4 and Xbox One. This makes for a somewhat similar experience on a console as the one you would experience on PC, just connect your mouse via USB and you’re good to go. One important thing to note is that, while the controls for a PS4 controller are perfectly functional and work well enough, well enough in a game where a zombie scratching at something for a few seconds too long can cause a chain reaction that makes you lose isn’t ideal. To counteract this, you’re able to pause the game to queue up actions or do what you need to do in order to select a zombie that’s wormed its way in among different selectable objects, but the downside is that you’ll find yourself staying paused a lot more than other control methods, making for a much slower overall experience than you would get on PC or with mouse and keyboard.

There’s a variety of shortcuts available on the PS4 gamepad for ease of use, and if you want, you can play with a mouse in one hand and a PS4 controller in another if that may be more comfortable for you. Having these added options is wonderful, and finding the style that works best for you will go quite a way in improving not only your play of They are Billions, but your overall experience as well. 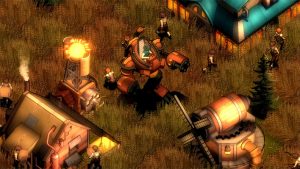 They are Billions is a pretty decent game held back by some flaws in the PS4 port, however. The only way to manually save progress is by selecting, “Save and Exit” to create a suspend save. Due to the game’s proclivity to crash after a while, it’s highly beneficial that this game included an autosave function so you don’t completely lose progress. Sometimes the autosave is much further back than it honestly should have been, but at least there is such a feature and the game doesn’t completely wipe your progress in the event of a software crash (I feel like this isn’t something someone should have to point out, but so many roguelikes and roguelites lately feature lovely, “Lose all of your progress through no fault of your own” problems). When lots of units appear on-screen, the game can also lag considerably which can make building an absolute chore when the screen jumps two or three tiles at a time. Lag is by no means a deal-breaker as it isn’t constant nor can it cause you to suddenly lose unlike some other games. Thankfully, it also won’t impact your efficiency since you’ll likely be building while in pause mode. There are some things missing from the PS4 version, however: The campaign mode which features a variety of missions for players to complete, which is apparently on PC, is not present in the PS4 port and will be added later. 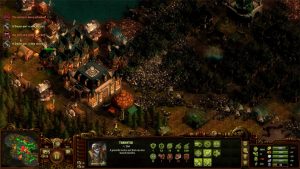 Graphically speaking, They are Billions looks great. Artwork in They are Billions is clean and the only time you won’t be marveling at the environments is when the aforementioned environments are completely covered by literal thousands of undead crashing against your walls, trying to get the delicious brains of your workers. The UI gives off a distinct steampunk feel, and the bright green text is recognizable at a glance no matter what insanity is happening underneath it. There are only a few music tracks in the game, but the ones that are present were definitely selected with purpose: The sense of intensity and foreboding a player may experience from the song that plays while the horde bears down upon your base is impressive. The only downside to the music is that there are only a few tracks in the entire game, because the orchestration of the tracks is downright superb. 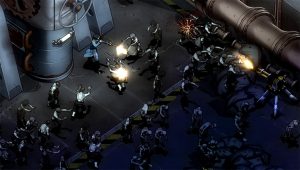 Overall, They are Billions is a solid RTS with an interesting twist, but is ultimately bogged down by a lack of tutorial (therefore a reliance on trial-and-error, or a reliance on information from outside the game), and is fairly punishing for players who don’t know what it wants, which can be hard to do when the game doesn’t particularly tell you. It’s like being locked in a bathroom with a hungry badger- It expects things of you, but it can’t tell you what it wants from you, and you want nothing more than to give it what it wants, but it can’t communicate outside of hissing angrily at you. Players who don’t mind perusing sources of information outside of the game will find dozens, if not hundreds, of hours of enjoyment in They are Billions, especially if you enjoy unforgiving RTS-style games. Players who don’t want to spend the extra time experimenting and learning should just stay away from They are Billions- as you will likely get frustrated long before you reach the point when the game gets fun. The experience is a little threadbare on PS4, at the moment, so those wanting more than just the basic survival mode, like the mission-based campaign on PC, should likely wait for the promised update that will introduce the added content to the console ecosystem.