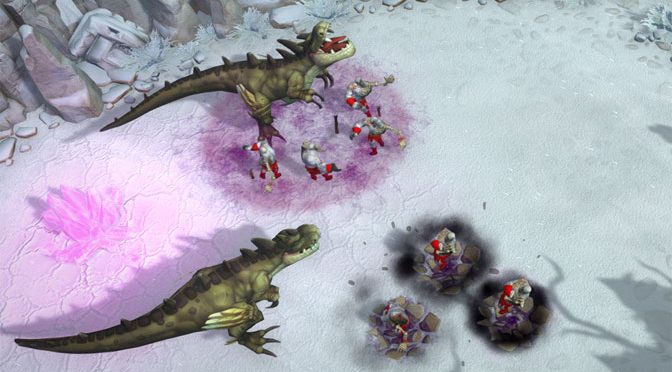 Hey all I’m back with another PC game to review. It’s Warparty!

Plot: The plot is very basic, and honestly not all that interesting. It devolves down to a certain stone age tribe obtained special artifacts that granted supernatural powers and they ruled the world for a time, now years after said tribe, the G’on, met it’s own downfall due to inner strife other tribes have discovered G’on shrines encasing powerful artifacts and now begin to war among themselves. Frankly it’s really boring, and really makes me miss the good old days where it was just the “evil” Zerg wanting to rule the universe and not giving a flying squirrel how they got that result. 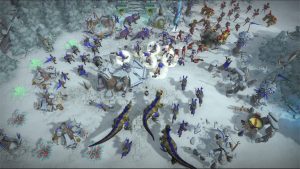 Gameplay: Warparty plays a lot like any other RTS, except that where other RTS games have nuances and strategy, War Party is essentially just a game of rock paper scissors in three different flavors. There was no flying units and the basic hero that comes with each starting base is always the same depending on the tribe you selected to play.

It honestly plays almost exactly like a worse version of WarCraft III with the human and orc race merged, all flying units removed, and with you being stuck with a single hero. 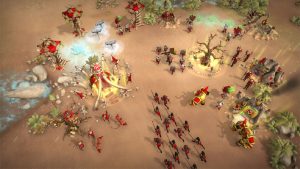 The Necromas tribe plays quite a bit like the Undead and the Vithara play a lot like the Night Elves. However the gameplay is clunky, it’s not easy to always select a new unit and micromanagement is not at all easy with Warparty like it is in more refined games such as StarCraft 2 or the aforementioned WarCraft III.

Finally, the campaign isn’t really worth playing. Most of the value in Warparty is in it’s multiplayer mode. You might have some fun there, especially if you can find other players, but even then it’s just not matching up to prior RTS greats like WarCraft 3 or even the Age of Empires series. 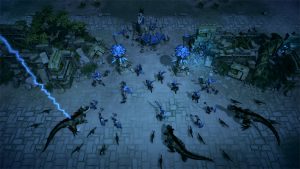 Honestly. given the asking price its difficult to justify buying Warparty. There are just too many gameplay hiccups. And you can easily get some of those classic games that Warparty really wants to be like these days for not much money. You can get something as refined as the original StarCraft for free, or the HD remaster for $15 for example, which is $10 cheaper than Warparty.

Art: The art is not pretty, it’s not terrible, but it looks like a poorly done attempt of remaking WarCraft III with a stone age setting. The individual units, especially the Necromas units, all have way too similar looking silhouettes. Buildings are no better, and all look way too similar to each other as well. 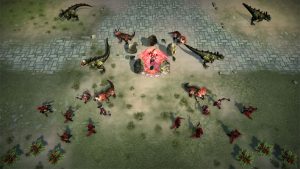 Music: The musical score isn’t that amazing and can quickly become grating to one’s ears. The voicework isn’t much better and honestly makes me miss the old “Work, Work” line from WarCraft’s Grunts.

Overall: Skip this game, it’s asking for too much money with not nearly enough gameplay to justify such a steep price, especially when you can get some of the best RTS games ever made for free these days like StarCraft.