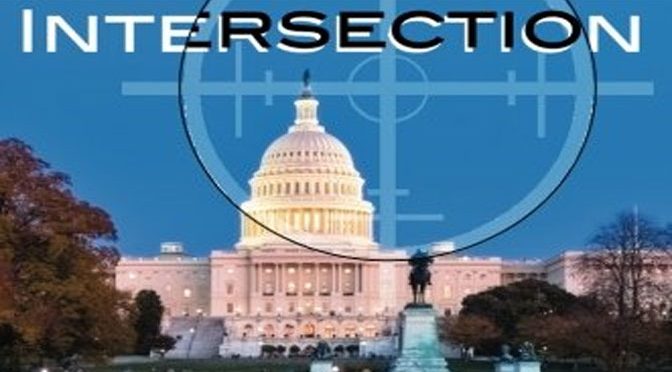 Hey all I’m back with another book from a genre I tend not to cover. It’s Intersection, Alex and Cassidy Book 01 by Nancy Ann Healy!

Plot: First let me get this out of the way, this book has adult romance, that means sex scenes, and also features LGBT elements, specifically romance between women. If that isn’t interesting to you for whatever reason stop reading this review now.

Now then, as for the plot itself it’s actually quite refreshing as it blends crime thriller with the romance pretty well. While the romance portion is very much a whirlwind in it’s pacing, it’s also very refreshing to not be bogged down with all the various cliched plot devices that I’ve seen before. There is very little hesitancy between our two leads and that’s honestly a huge plus for me in Intersection’s evaluation. That isn’t to say that it’s all great, the fact that the crime thriller parts are somewhat lesser in importance is a bit of a letdown, but it’s not so bad of one that it made me feel like tossing my iPod out through the nearest window in frustration like other books have done. 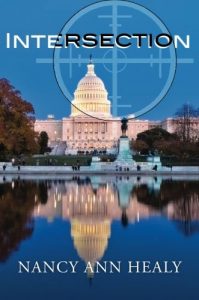 There is however one small nitpick I must make and that is the fact that Intersection does an absolutely horrendous job at portraying video games. There’s a scene where some characters are playing an arcade game in a restaurant and are gone for maybe 10 minutes in the plot. A person cannot reach “level 32” in that short a time and I’m fairly certain most arcade racing games don’t really have levels like that anyway.

Characters: Alex and Cassidy are our two titular leads, but the point of view switches through many other characters as well so you get to experience the story from various points of view other than just those two. Of the side characters I think Dylan is probably my favorite if only because of his childish innocence.

[amazon asin=0615934188&text=Get thrilled with the Intersection Thriller. Get a copy from Amazon!]

Voicework: Cassandra York is our narrator and she does a pretty great job of it. It’s not the absolute best performance I’ve ever heard, but it’s definitely in the top 100 which considering just how many audiobooks I’ve listened to over the years is saying something.

Overall: If you enjoy Crime Thriller and Romance Intersection is the start to an excellent series for you.

For those who like: LGBT-Friendly Stories, Romance, Drama, Crime Thriller, Great Plot and Cast of Characters.