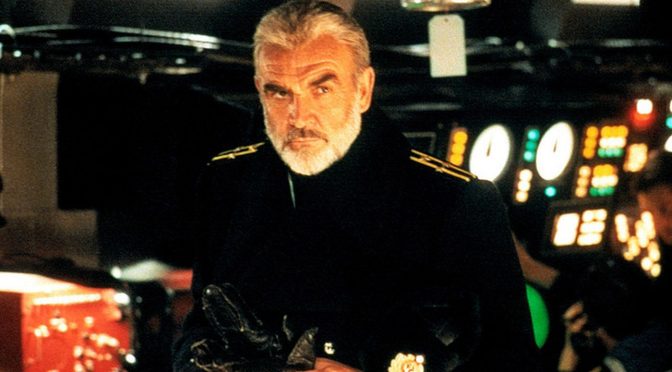 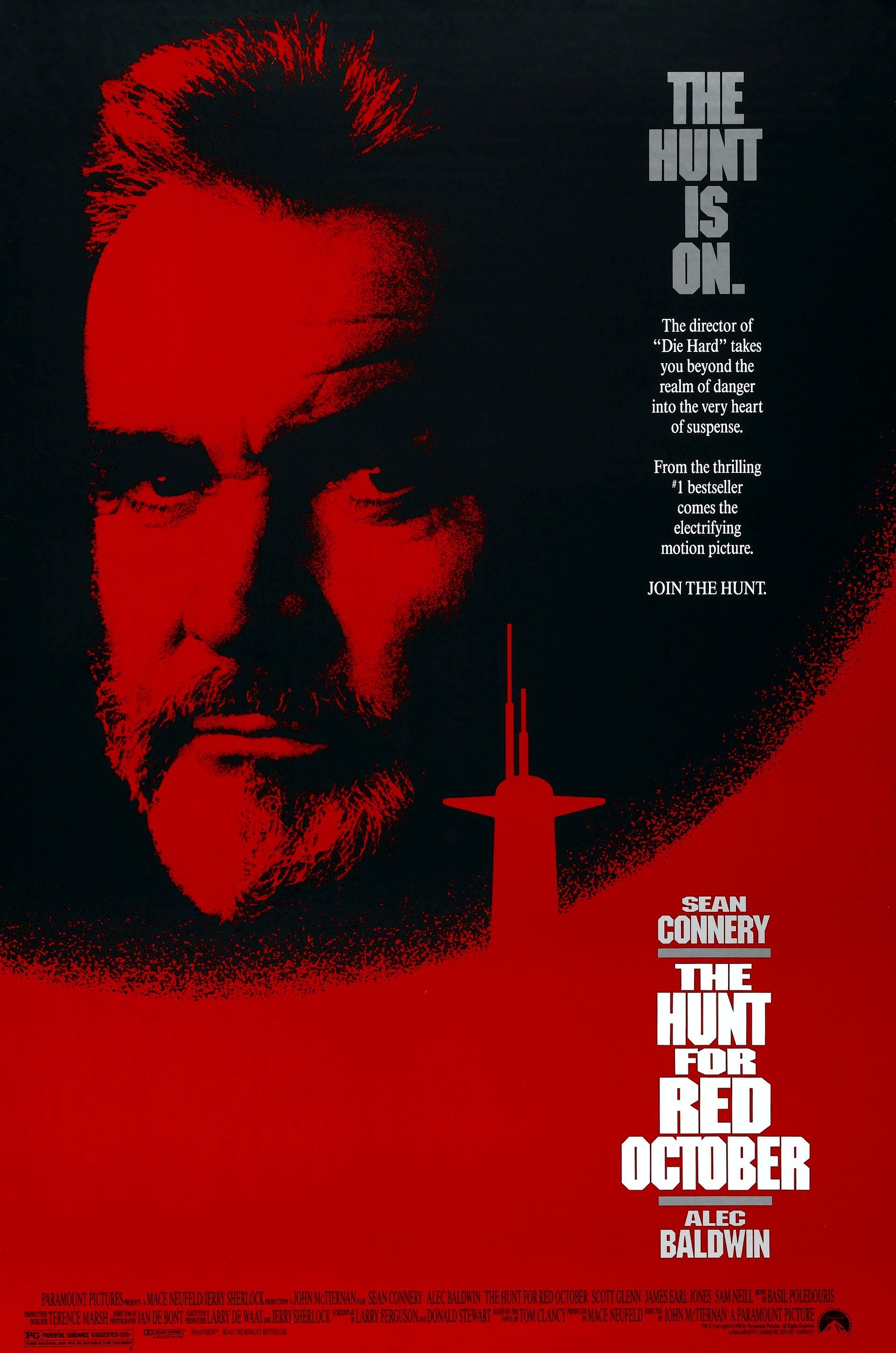 This week for Movie Monday I’m back with another true classic. It’s The Hunt for Red October!

Plot: This a military thriller in the truest sense of the words, and the plot is pretty amazingly done. It’s got pretty much everything you could want from political intrigue to heart-pounding action sequences. I can’t say much more without spoiling it, but I will say that this has the Jack Ryan character from many of Clancy’s other novels and movies featured prominently in this one as well.

Casting: Sean Connery is cast as the Russian lead, Marko Ramius who pilots the titular Red October and Alec Baldwin who portrays Jack Ryan. The rest of the cast is just as well done, but these two really took the spotlight and they did a great job of it. Ironically Connery was not the first pick for Ramius.

Cinematography: It’s very well done, and considering how impractical filming on a real sub is they did a great job portraying it. The effects weren’t super amazing, but they weren’t terrible either.

Music: The music was pretty great, which is pretty obvious once you consider it won an Academy Award for Sound Editing. While it’s mostly done in English, the switch between Russian and English at the beginning was pretty well done.

Overall: A fun movie that you probably ought to watch if you haven’t seen it before.

For those who like: Military Fiction, Thrillers, Drama, Action, Sean Connery and/or Alec Baldwin.