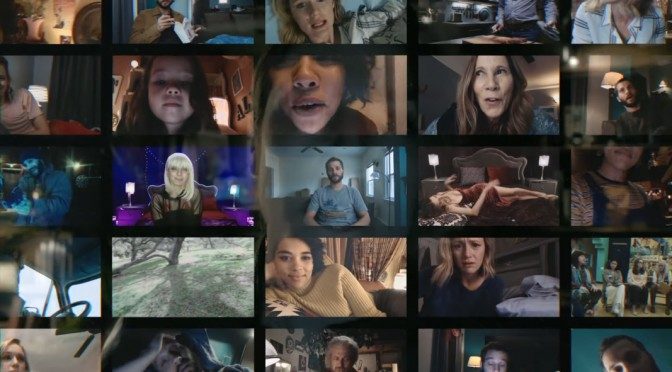 When Sam Barlow released Her Story, it was a pretty unique gaming experience. Players were tasked with searching a database of video clips and trying to unravel a murder mystery. In Her Story, all of the videos were made during police interviews and it was clear that your character was looking at aging archive footage. There was no real rush to solve the case, and no urgency. You were almost like a researcher looking into a crime from long ago.

The newest game from Barlow, Telling Lies, follows almost the same format in terms of searching through video clips. Only now, you are tasked with looking through a database of what are basically Skype calls. And you don’t even really know if a crime or crimes have been committed. With Her Story, the fact that these were police interviews was a good hint at why they existed. With Telling Lies, at least at first, you don’t really know what is going on or why your character is intruding on the lives of the people in the clips.

Chella and Drew recorded an excellent podcast about Telling Lies and Her Story. They discuss the differences between the two games and where each one shines. Chella also did a video review and Let’s Play of the Her Story game. 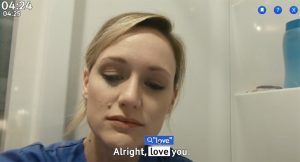 Clips are searched in Telling Lies the same way they were in Her Story, using key words. All of the clips are subtitled, so you don’t have to worry about not understanding what a character said or if you misheard them. The only weird thing is that you only get half of the conversation in any one clip. The other half of the talk, the part of the person on the other side of the screen, is muted. You are supposed to think, I guess, that the back half of conversations were not captured by the software, though this makes no sense from a technical standpoint. So long as the listener could hear them, you should be able to hear them too. But anyway, this is obviously done to add another gameplay mechanic, and a core one at that. 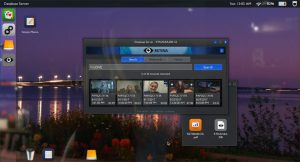 Having half of each conversation in Telling Lies muted is both interesting and annoying. Without having to search to find the missing part of the discussion, much of Telling Lies would be simply watching videos without much gameplay, so it’s understandable why this was done. But this does mean that some videos, especially really long ones (a few can go almost ten minutes) are comprised of characters just watching the screen in silence and nodding occasionally while what they are listening to is muted. Most of those are not critical to the story, but a few are, and you have to watch several minutes of silence just to hear the one or two new keywords that will let you continue your investigation. You can fast forward and rewind the videos, but this is an oddly slow process for a series of supposedly digital video clips. 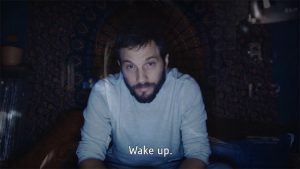 Given that players could literally solve Telling Lies in a couple minutes if they typed in the correct keywords, I was really surprised at how well the story of Telling Lies actually unfolded for me as I played. I started out not liking certain characters because of the early videos I uncovered. They made me assume things about characters that were taken out of context. Then later on, once new information was added to the picture, there were some shocking revelations that totally made me change my opinion. But even then, I was in the dark about what was really happing in quite a few places. Closer to the end of the game, my thoughts again started to shift back to some of my earlier character assumptions as the more shady aspects of the story were finally revealed to me. It was quite a ride deductively. 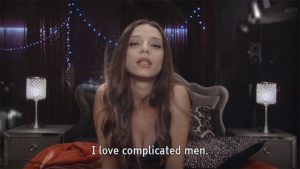 Unlike Her Story which really had no pacing at all, with Telling Lies there is a mechanic that not only lets you know how far along you are, but also how much time you have left to solve the case. Technically, there is no real time limit, but the game makes you think there is one by letting you know how many hours have passed since you started your investigation. Basically, every time you reveal a critical part of the story, the game pretends that another hour has passed, whether that is a real hour, just a couple minutes, or days of real time investigating. Your character’s husband even sometimes comes out of the bedroom and complains about the lateness of the hour at those points, gets a snack, and other activities to mark those points in the game. You can see him in the reflection of the screen. You also earn Steam trophies at those points if playing on that platform.

It’s interesting that your character in Telling Lies, who you see in a few cutscenes and in the reflection of the computer screen, is actually a character in the story. Eventually you can even spot your character in some of the videos. This was actually one of my primary avenues of investigation, as I assumed (rightly so it turns out) that if I figured out my character’s motivations and why they were watching all this captured footage, that I would be able to advance the plot. This was a great addition to Telling Lies compared with Her Story, where the identity of the main character is only revealed at the very end, and really had no bearing on the story. Telling Lies seems a lot more realistic overall in terms of a believable story, and this is just one aspect of that. 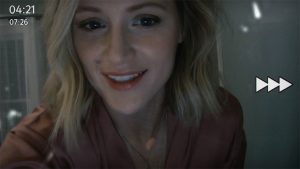 Graphically, Telling Lies is quite good. The new computer interface in the game used to search and pull up the video clips is quite good, and yes, there are secrets and side games to find if you poke around the virtual desktop. This adds to the realistic-seeming nature of the story and the setting. I already mentioned that the main character is actually a person in Telling Lies, and one that is at least peripherally involved in the story. You see her all the time in a slight reflection on the computer screen which is a great effect. All of the clips that you watch are HD quality, as one would expect from a modern full-motion videogame. 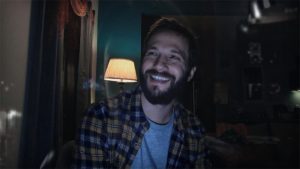 In terms of the length of gameplay, it’s hard to say. Everyone will move through Telling Lies at their own pace. Checking my Steam status, it took me about four and a half hours to finish the game. You will know that you have everything you need when you are asked to upload your captured video files to a hacker site for distribution. Thereafter you are shown a final cut scene that reveals what happens to your investigator character. Much of the fates of the other characters will already be known at that point, but more information is given in the form of an after-action report. 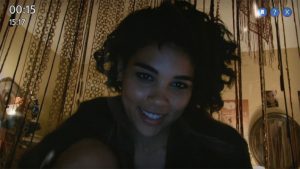 And in a cool twist, whichever main character you spent the most time with during the videos will get a much more detailed report that talks about their lives or their influence even years later. This adds some replay value to Telling Lies, as you can concentrate on other characters in future plays to learn about what happens to them. The report also details how many of the videos you were able to uncover (you only need to see less than half of them to complete the story). Gamers who crave a complete experience can then go back and try to find everything if they really want. 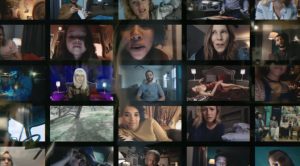 Full motion video games have been around for a long time, and remain popular in titles like Late Shift, but these were mostly choose your own adventure type games. Her Story jumbled all of that up and made it into an interactive puzzle. Telling Lies follows this tradition and improves on it in just about every way. It offers a fine interactive mystery told in a unique way, and the interface makes it accessible to anyone, though gamers who like to pick at threats, try new things and unravel mysteries will find the most value. Telling Lies earns a respectable four out of five GiN Gems, and that’s the complete truth.