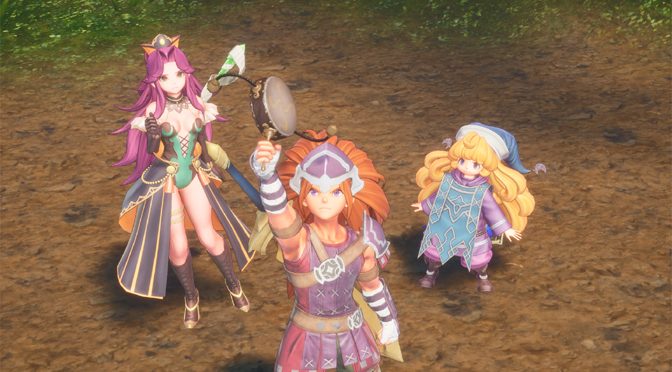 If you read my column from a couple weeks ago, you would know that I have a massive love for Trials of Mana: It was my preferred title from the Collection of Mana, and for many years before that it held a special place in my heart . The new remake on Switch, PlayStation 4, and PC features much improved graphics and the ability to actually skip dialogue this time make this particular version wonderful to play. Combat and music have been updated, but with more care taken than with the Secret of Mana remake from a few years back, at least in my opinion, and you can listen to the original soundtrack if you don’t enjoy the new take on music. 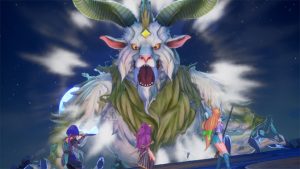 Trials of Mana begins with you selecting three of the six protagonists you’d like to play as: A couple are strong with magic, some are brawlers, and the others can go either way. Depending on which character you pick first is what kind of opening sequence you’ll be treated to- you may experience a man down on his luck who needs to break out of a jail, for example, while another player might see a little girl who wants nothing more than to help her friend battle a wight before going off on her own journey across the land.

The main protagonists you pick will also determine which story routes you will go through, as well, so Duran and Angela will result in different cutscenes than what Hawkeye and Riesz players will experience at different points of the story. 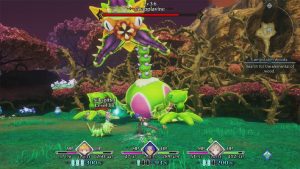 These kinds of story branches mean that the game is best played multiple times, allowing you to experience different characters and skill combinations as you play. Since you can selectively develop how you build your characters on level up and promotion, that gives a lot of room to have different experiences at least the first couple times through Trials of Mana. This remake is pretty faithful to its original version from the Super Nintendo, which is quite refreshing in light of Final Fantasy VII Remake not actually being a remake at all but a new story told through a similar lens, at least by the end. For the most part, if there was a strong moment that made the game worth playing in the original, it is still present in this remake, but if there was a weak moment of story pacing or progression (Path to the Heavens), it will be present here too.

Secret of Mana received a remake not long ago, but it had worse music and dated visuals even by budget title standards. Trials of Mana looks and sounds a lot better in the graphics and music department than the Secret remake managed to fare, but the dialogue in Trials is still kind of ham-fisted and cheesy. The script in this game is pretty close to the localization of the Trials of Mana localization, which explains some of the stilted or dated dialogue approaches, but doesn’t quite excuse some of the choices made in this game which can range from boring to exhausting in no time flat. 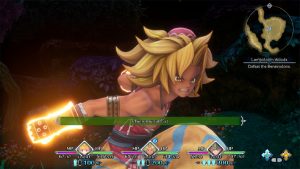 I’m not going to throw out comparisons to Lymle from Star Ocean 4, Chaos Wars, or Mega Man 8 references in relation to this game’s dialogue- it can be pretty bad, but authorial intent with one of the characters is that she has a childish kind of speech impediment. It’s kind of cute for about five minutes but then when all of her dialogue is pronounced by replacing L’s and R’s with W’s it can be pretty tiring to even read what she says in the subtitles. Yes, her dialogue is even spelled that childish way in the subtitles which should make it clear that the voice actress was directed to speak baby talk, as it’s unfortunately been part of her English character since even the days of the fan translations. Other voice acting can be pretty stilted or lacking in energy, too, apparently attempting to hearken back to the days of early video game voice acting…for some reason or another.

Thankfully, there is the Japanese voice option for those who would prefer to just not hear or understand some of the choices made for the voice actors and actresses. The English is just something that you can either tolerate or you can select the Japanese voice track, as the English dialogue never really hits a point where one could say the voice acting enhances the English version. This is a crying shame and the only reason points would be taken off the otherwise excellent sound design of the Trials of Mana remake. 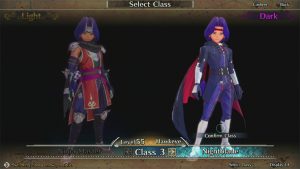 The combat system for Trials of Mana has been improved pretty well, though it would still be considered basic by a lot of modern games’ standards. You can’t freeze time by casting spells any longer, so now you take a more Dynasty Warriors-esque approach of dashing into enemies and knocking them down using a mixture of light and heavy attacks, and if playing a caster, you can actually access your spells quickly via a nice fly-out menu that didn’t exist in the original, making them much more fluid to play.

Leveling up still allows you to place your stats where you want them for maximum customization, and you can now receive various bonuses which can equip on your characters for even more flexibility with character combos. Class promotion is more or less the same as the original, giving you two options at two different points of the story to allow you to shore up weaknesses or further specialize the way in which you’re developing your party throughout the course of the game. 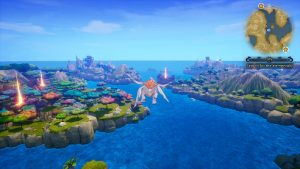 It should be noted, though, that some characters benefited a bit more from the additions and streamlining of systems than others, but the game is generally easy enough that you won’t punish yourself too much for making poor builds even on hard difficulty. That being said, the game is very much on the easy side, even on hard, so action RPG veterans expecting a challenge will likely not find it here, but it’s definitely going to be welcoming to newcomers or a younger audience in that respect.

If you were afraid of this being a repeat of Secret of Mana remake’s problem of butchering classic tracks, then allow me to allay your fears- many of the remixed themes are actually improvements over their originals in Trials of Mana, with only a few select songs that don’t quite live up to their nostalgic predecessors. That being said, should you not like the new remixes, you can always select the original music score and play that in the background, instead. These kind of options are always much preferred, as everyone has different preferences and what might be a clear improvement to me, could be boring white noise to another player. 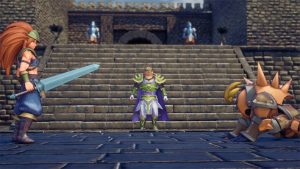 Overall, Trials of Mana is a vewy…excuse me, very good game, with some random hitches like the voice direction. The story, music, and approach to branching storytelling is still present and makes this a very competent attempt to bring an incredible title from 1995 into the modern gaming era. Trials is on the easier side, however, so it could be recommended that you start on hard mode if you don’t want the game to be a cake walk, but those inexperienced with the action RPG genre could definitely play on the normal difficulty and enjoy the rewards of playing the game.