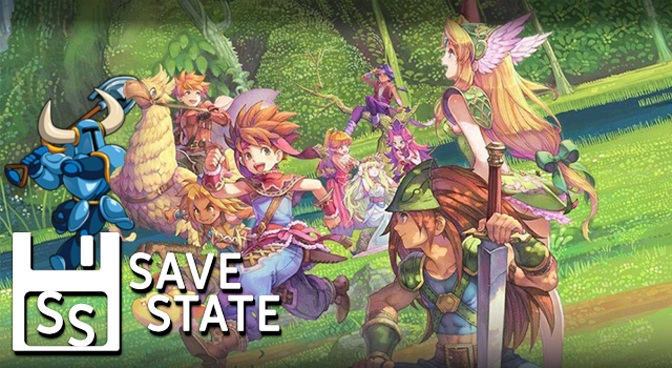 As most of us continue to work from home and not go outside except for necessities, this makes an excellent time to kick back, relax, and enjoy some old games that you may not have finished years ago. So strap on your mask, splash some hand sanitizer on, and let’s check out the latest couple of random games I’ve played over the last couple weeks. 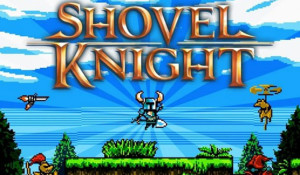 Shovel Knight Treasure Trove is the tale of a knight… who wields a shovel. One of the biggest indie titles of 2014, this phenomenal 2D side-scrolling platformer was seen as the second coming of tight game design wrapped in a delightful retro aesthetic. I originally beat this game three times and collected all of the achievements on my Wii U, of all places, but have since picked up the complete Treasure Trove package on my Switch and retried the game for the first time in years.

The first thing I noticed when starting this up again after all these years is that my classical platforming skills really wore away after years of not exercising them (I’ve been playing Zero/ZX Collection a lot lately which had me reaching for the dash button. I make no excuses). The second thing I noticed is that there is a lot more heft to this game now- the campaign that I played through in 2014 is now just one of four campaigns you can select from in Shovel Knight Treasure Trove. Shovel of Hope is the classic Shovel Knight experience, featuring the titular Shovel Knight and what was some of the best 2D platforming this side of Shantae and Mega Man.

You have a world map from which you select your next level, and your goal is to reach and defeat the boss at the end. You collect money as you progress which you can use to find and buy relics in the stages (if you miss them, you can buy them at the village for a higher price), and can also spend your money to get tickets that extend your health bar or total magic power, allowing you to use your relics more often. Shovel of Hope clearly took inspiration from Mega Man, at least to some degree, as you even go through a boss rush at the end of the game. The stage design has obstacles and enemies that will test your reflexes and mettle in order to progress, and each section of every stage was designed with a specific type of challenge in mind, and overcoming these challenges can feel very rewarding your first time through.

That’s just Shovel of Hope, though. Since 2014, the game has introduced a campaign with Plague Knight, who has a completely different movement scheme centered around bomb jumping, and features largely remixed levels from Shovel of Hope to take advantage of his new moveset. Specter of Torment features Specter Knight, who is capable of wall jumping, scaling walls, and even doing fast mid-air dash attacks that gets used for not only damaging enemies, but for traversal of the campaign’s stages. King of Cards has you controlling King Knight, who utilizes a slower, shoulder charge aerial attack for more methodical gameplay in comparison to Specter Knight. King Knight also features a bevy of upgrades all acquired by finding currency in stages, or as winnings from a special Triple Triad-esque card game introduced solely for this campaign.

With Shovel Knight Treasure Trove, there’s a whole lot of game for the price point, and there’s even a Smash Bros style platform fighter called Shovel Knight Showdown that I won’t even talk about as I have only beat it once so far so I’m not very experienced with it- but even that’s a fun little distraction. It’s a pretty quirky package with lots of challenge and tons of reward (what other game has 4 story campaigns, a card game, and a platform fighter all in one package?).

So with all that out of the way, the other game I spent a significant amount of time with over the last couple weeks has been The Collection of Mana on the Nintendo Switch. This particular package also has multiple games in it- Final Fantasy Adventure, Secret of Mana, and Trials of Mana (which many of us knew as Seiken Densetsu 3, before it received an official English title). I specifically spent a lot of time playing Secret of Mana and Trials of Mana, wishing to play the latter before the remake comes at the end of this month as retro titles on the Switch make excellent things to play while sick in bed, after all. 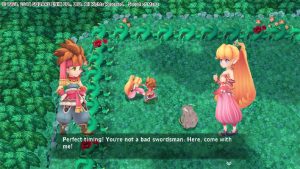 All three of the games in this collection have a battle system that’s a mixture of turn based and real time combat- so while you can move and attack repeatedly, attacking without waiting will have reduced effect, oftentimes dealing significantly reduced damage or no hit stun to enemies. The combat engine is not exactly elegant, either, especially for Secret of Mana (why do I hear the sound of people getting out their pitchforks?). Sometimes attacks that were pixel perfect on the enemy will have no effect for seemingly no reason, and magic is overpowered in Secret to the point of turning boss fights into nothing more than, “Do I have enough MP restoring items to have the Sprite kill this boss before s/he runs out of MP?” That’s not exactly balanced, but the game is 27 years old by this point and, while I enjoyed it immensely as a child, raising your magic levels in this game is a tremendous bore given how important magic is at certain points of the game.

What is still great is that you can hand a controller off to a friend (or spouse in my case) and have them help you along in your journey in Secret of Mana, and that feature is still alive and well in this collection. Secret of Mana is a classic that has flaws, but wandering around the world awakening the mana seeds so you can reinvigorate the world has never been better. Of course, knowing the ins and outs of this particular game since you played it a lot as a child definitely helps make some of its idiosyncrasies more bearable. 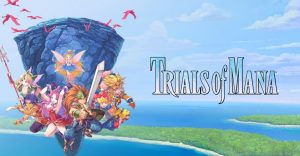 Trials of Mana, on the other hand, flows way better as an overall, cohesive game. There’s a lot more text and story to read as you get to select which three protagonists you follow as you go through three major paths of the story. This is a game that you don’t play just once, but multiple times, as you will experience a different storyline path depending on which characters you choose to play as. Some perform better with magic, others with physical attacks, while a few can go either way. To add on top of party composition options, each character can also class change twice, with four different final options for class. You can even choose which stats of your characters to boost on level up- the replay value in this RPG is leaps and bounds above other titles generations later!

To add on top of this, the combat has been dramatically overhauled from Secret of Mana. Rather than waiting after each attack so you can perform another 100% powerful strike, attacking multiple times no longer requires a wait period and doing so repeatedly builds up a gauge to perform a special attack. Interestingly enough, though, level 2 and 3 specials didn’t see a lot of use during my playthrough as more enemies than you’d think would have counterattacks against your later specials, but seemingly don’t against your level 1s. 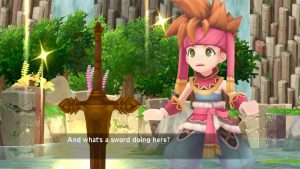 The music in Secret of Mana has a nostalgic twinge to it that I’ll always fondly remember, and I found myself humming a couple tracks from Trials while trying to upload files during a particularly long work day. The music of 16bit Square is beyond reproach. Also, should you find the games be difficult in any capacity, there is a save state system that allows you to save wherever you like, which can make handling especially annoying boss fights much more palatable if you get stun locked or the absolute worst happens, though I found myself using that less in Trials and more in Secret (I didn’t recruit the girl or sprite at the first opportunity, so I wound up having to fight the double wolves with just one character, which led to me getting stun locked to death multiple times because I’m bad).

Yeah, I just wanted an opportunity to talk about Trials of Mana before its remake comes out as that was one of my earliest experiences with import games on a shoestring budget. Thankfully, now everyone can play the game whether you’re in front of a TV, on a bus, or the toilet, and you don’t have to scour flea markets for a Japanese SNES so you can play the game through with a translation guide any longer. The translation included in the Collection of Mana package is actually quite excellent, in fact!