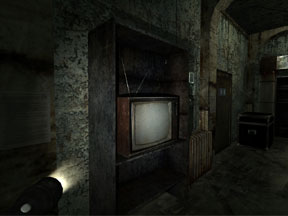 Penumbra Will Get Under Your Skin

There is something about a gaming experience where you are sitting around in a dark room wondering if the sounds you hear whispering into your headphones are real or just another sign that your character is going crazy, as both answers turn out to be true at different points. Never overdone, Penumbra: Black Plague uses audio and visual hints, sort of like a gentle scratching at the back of your brain, to tap into the psychological side of horror like no other title before or since

Created by the two man team at Frictional Games, the Penumbra series started with Overture, but has had a bit of a bumpy publisher ride, bouncing around and leaving fans to wonder if the final chapter would ever emerge from the shadows. Kudos goes to Paradox Interactive for embracing this unique game and bringing the final chapter to the world. The fact that there are only two games in the series instead of the planned three doesn’t diminish things at all, other than perhaps for fans left wanting more.

Those of you unfamiliar with the Penumbra series shouldn’t fear if they missed the first game, as Black Plague offers a complete standalone adventure story. But if you played Overture, then you are in for a treat as a lot of questions from that game will be answered here.

The series actually started life as a technological demo to show new gaming techniques for the PC where you could manipulate the game world in unique ways. Created before the Wii console made this type of thing more commonplace, it let you turn knobs using your mouse, swing objects and generally "feel" the world around you. These techniques tied in with the horror elements of the game, making players more connected with the environment, and thus more afraid when the horror elements arose. With Overture this sometimes got in the way of the game actually, but the techniques have been more perfected and feel more natural with Black Plague.

The story is that you play Philip, a man chasing down his father’s legacy to the end of the world. Philip ends up in an abandoned (almost) mining facility under the Artic ice where strange and horrifying creatures roam. Unlike most games with this type of plot, there are no real weapons in the game. Being confronted by horrific, intelligent monsters without a combat shotgun or even a nice little pistol is a new experience for most gamers. In Overture you had makeshift weapons like dynamite or exploding propane cylinders, but they were a bit clunky and have been taken away all together in Black Plague. Instead you need to use your wits, sometimes under pressure, to survive.

It’s temping to call Black Plague a puzzle game, but actually I think doing do would be to limit its appeal. Puzzle games are often all about puzzles for puzzle’s sake, something that I believe turns off a lot of gamers to the genre. In Black Plague, the puzzles are all based in reality. It’s not like you walk into a room a find a slide puzzle on the floor for no apparent reason and go about the "joy" of solving it. Here, puzzles exist for a reason. Right from the start of the game you find yourself locked in a makeshift prison cell. The screams of fellow prisoners being murdered and a cryptic note give you no illusions as to your fate if you can’t find a way out. The puzzle is to find a way out, making tools from the environment around you. It’s a reality oriented exercise, and although I don’t think there is an actually time limit, the game does a great job of making you think that time is of the essence, which jacks up the tension considerably.

In fact there are only a few points in the game where it feels like the puzzles are being thrust upon you for no reason. Thankfully in the most egregious instance of this, you find out after the fact that the puzzles are there for a reason. You see the plot of the game is that there is some type of virus that killed or infected the members of a high-tech research facility you find yourself trapped in. The virus challenges you to a game of wits, trying to scare the heck out of you. If you fail the mental challenges, it gains control of your body. However, if you can beat it, it’s forced to become a second personality, sharing your brain but leaving you in control. So you have an annoying voice in your head that sometimes tries to help you and sometimes tries to hurt you, sort of a schizophrenic guardian angel. The virus can also send false visual and audio information to you at times, leading you to question everything you see.

And since Black Plague is played in the first person, everything seems like reality. Graphically the game is really well done, perhaps only a little behind cutting edge. The setting of the game in an abandoned laboratory is much better than the dark mine shafts of the first game. As such, there is a little less stealth in this game, though you will find yourself hiding a good deal while monsters search for you, a harrowing experience to say the least.

The audio is truly great, with perfect voice acting – something you almost never find from a small developer – and good little sound effects like the occasional whisper just off in the distance that makes you unsure if you are simply going more crazy, or if someone is actually trying to talk with you.

The biggest disappointment is that the game is not perfect when it comes to the interface. Things that should work don’t. Like you can’t light a barrel full of gasoline with a road flare. Instead, you have to do it just the way the developers intended at the time, be it finding a lighter out in the snow or using a circuit breaker to shoot a spark. Also there is a double standard when it comes to some physics in the game. Case in point, a little blue barrel in one level will prevent you from opening a door, while the little zombie-like aliens can burst right through doors that are heavily blocked with stuff. The game does a good job of letting you figure out your own path with puzzles, so long as you don’t go too far from the proposed solution, something I tend to do in my gameplay.

But for the price, Penumbra is a steal. There is a lot of great gaming packed into the adventure, and it will scare the heck out of you at times. I guarantee that one.