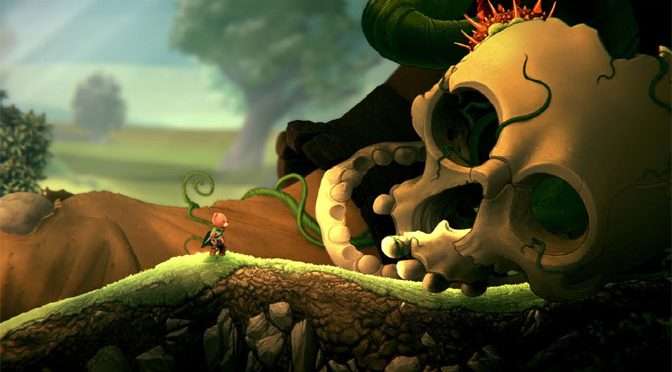 Editor’s Note: We are continuing our coverage of spooky games this Halloween season. This week, Michael Blaker takes a look at The Darkest Tales, which he describes as very Metroid-like in its presentation.

However, even though The Darkest Tales may look at first like a Disney or Pixar presentation, it’s clearly aimed for a more mature audience. Each level is basically a fairy tale, but more along the lines of the original Brothers Grimm fairy tales, which were, in case you didn’t know, actually very dark and graphic. 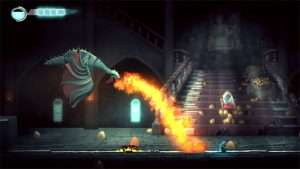 The Darket Tales has many familiar fairy tale and storybook characters but portrays them as much darker versions of themselves in this adventure.  Sleeping Beauty, Little Red Riding Hood, gingerbread men, and Pinocchio are just some of the characters that you’ll encounter in The Darkest Tales.  All of that makes for a pretty fun platformer with a dark twist, which is especially fun during the Halloween season. And with that, let’s turn things over to Michael for his take on The Darkest Tales.

Hey all, I’m back with another take on a Metroidvania sub-genre of games. It’s The Darkest Tales! 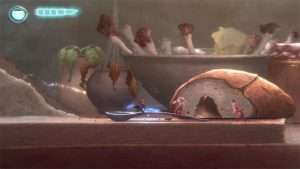 Plot: The plot of this game is pretty much a more adult take on the original Grimm versions of bedtime stories rather than what you’d see in Disney or other similar kid friendly versions of fairy tales.

Our hero Teddy in this game is a Teddy Bear who is recruited by Lighty, a Night-lite, to enter his owner’s dreams to protect her from dream demons. The bear used to be owned by the girl he is trying to rescue, but he has long since been left to collect dust. Now he is back to save his little girl, only she is not so little anymore. While the overall plot is a bit basic, there are quite a few little twists and turns to keep things interesting. 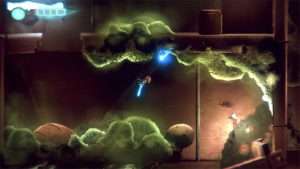 Gameplay: The gameplay is very much a Metroidvania, leaning more towards the Castlevania end of the scale than the Metroid one, and it’s very fun. I honestly enjoyed going back to pick up upgrades or skills to enhance Teddy, and gleefully battled enemies along the way in order to level up to power up my basic skills or health. Your primary weapon are scissors that you wield like two swords, so be ready to do some serious slashing.

Honestly, the entirety of The Darkest Tales game was a lot of fun, if a bit brief in duration for my tastes. I wouldn’t have minded another four or five hours of gameplay packed into this title if it continued to keep up its high level of quality hack and slash gameplay. 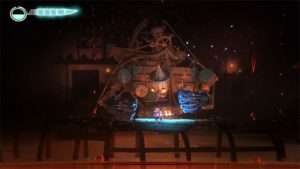 Art: The art is mostly 2D, but it’s not pixelated, so more Cel-Shaded than anything else. It’s really good, and I enjoyed the various locales and enemy variety showcased in The Darkest Tales quite a bit. I can’t complain about the art at all really, and the twisted storybook landscapes were fun to experience. The game ran fantastically well on my rig, which isn’t a top tier gaming PC, so I enjoyed it thoroughly.

Music: The musical score of Darkest Tales was fine, although it was easily the lowest point of the various game elements as it did not really stand out too much. However, the voicework was excellent, and the entire game is fully voiced, something you don’t often find in an indie title. And you almost never find a voiced indie game where everyone sounds really good without a weak link in the bunch. 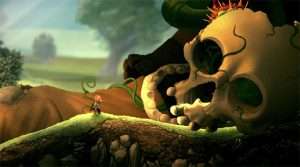 For example, Teddy being voiced as a grumpy teddy bear was honestly a ton of fun and hearing him snark at people always brought an upward curve to my lips.

My one complaint regarding the voicework was that the game flipped back and forth over the pronunciation of Alicia, going from A-Lee-See-A to A-Lee-Sha sometimes, but the first pronunciation was the more prevalent one. 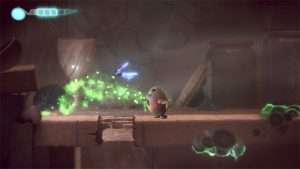 Overall: The Darkest Tales is a very fun Metroidvania game, although I wanted it to have some more content. However, with a price point on Steam of $17, it’s a good value, especially this time of year when gamers are looking for something unique and little bit spooky to play.