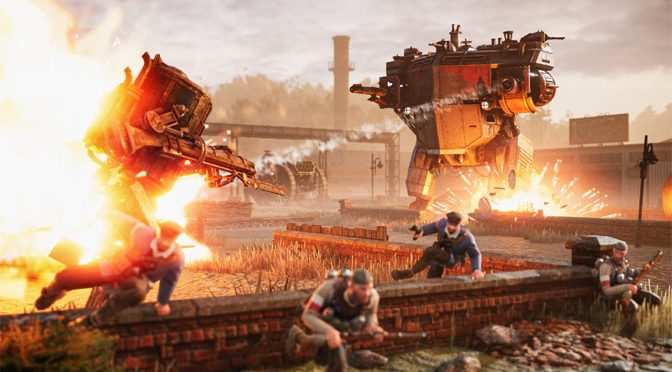 It’s been a while since we got treated to a brand new real time strategy game that was unique enough to rise above the din of that packed genre. Iron Harvest does that with the combination of an interesting game world, powerful mechs, a good story and an emphasis on a slower, methodical kind of real time combat. Those looking for something different, while still seeming familiar in terms of mechanics, should be pleased. 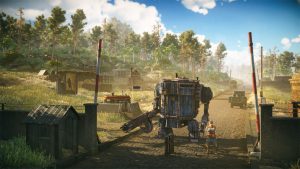 This is clearly an alternate history tale. It’s basically World War I or The Great War, but the game never comes out and says it. However, the three factions in the game, Polania, Rusviet and Saxony can be linked to real armies and people. Polania is clearly Poland for example, while Rusviet is Russia. But instead of massive infantry formations and trench warfare like we had in World War I, Iron Harvest instead introduces players to giant mechs of various sizes and classes serving alongside more traditional kinds of troops like riflemen, machine gunners and field engineers.

Overall, the combat in Iron Harvest is a lot slower than with most RTS games, which makes sense given the timeframe that it represents. Even with the steampunk angle and big mechs, it takes a long time to march troops across the map. And the unit limit imposed on players means that losing a unit, especially a mech, can be devastating. Not so much because you can’t build another one, but because you cant do that quickly enough to respond to a successful attack or to back up a failing one.

Because you really have to think about how to deploy your troops and what you want to attack and defend, it really forces players to think strategically, something that is not often emphasized in a tactical-level game. Leaving a couple squads or a mech behind to guard a control point might seem like a good idea, but it means weakening your offensive firepower by quite a bit, so choices will have to be made. 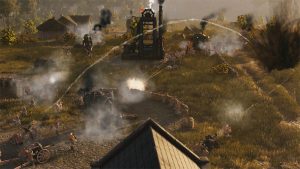 Perhaps to compensate for making players think on both a strategic and a tactical level, the base building mechanic has been greatly simplified in Iron Harvest. You only have to manage a handful of buildings for resource gathering and troop deployment. This seems like a good choice because most RTS gamers play games like this for the combat, not for the joy of constructing iron mines and oil wells or a nicely-designed home base. Keeping those elements in Iron Harvest is necessary, but keeping it simple is the best choice here. 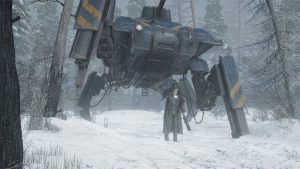 The star of Iron Harvest are the mechs. And they certainly are impressive. Although hardly the walking fortresses found in futuristic sci-fi games like BattleTech, on the more technologically limited battlefield of this game, a single mech can make all the difference in a close battle. Some have cannons and are designed more for anti-mech duty, while others are walking machine gun nests designed to tear up infantry while resisting damage from normal rifles. It sometimes becomes a game of rock, paper and scissors where you have to bring in the troop type that a mech is weak against if you want to get past them. And because the mechs are so slow moving, if you are able to bring up a counter, then you will probably destroy them before they can limp away. 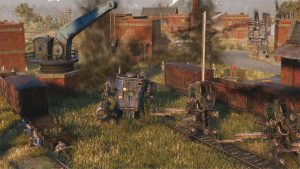 Another interesting dynamic for Iron Harvest is the way the game handles infantry. With most games, you have to produce a specialist infantry, like grenadiers, or anti-tankers (anti-mech in this game), or engineers and that is their job for the rest of the game. In Iron Harvest, infantry is able to specialize on the fly so long as they can find new weapons, which they can acquire in crates placed around the maps, or by killing an enemy squad. So if your normal infantry takes out an enemy engineer squad, you can pick up their shovels and turn them into engineers with all their special abilities. You can then, for example, put down a bunch of mines and then pick up your old weapons again to make them normal infantry once more. 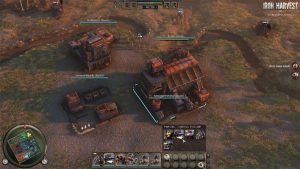 Because of all the differences between Iron Harvest and most other RTS games, it takes some getting used to before you will get good at it. I can’t see, for example, rush tactics working out too well for most folks if that is something they are used to doing. Thankfully, there is an amazing single player campaign that teaches players the rules and strategies they will need to be successful. In fact, I really enjoyed the single player missions more than the competitive multiplayer. 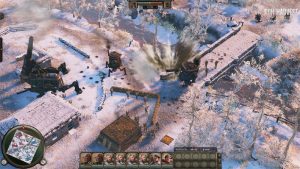 The Polania campaign is amazing, with a young girl and her pet bear trying to avenge her family and defend against the Rusviet hoards. There are tons of cut scenes as you achieve different milestones, and they are really well done and add to the flavor and the tension of the game. Slowly you gain access to new units, and learn things like how to convert your infantry to new roles, how to heal troops and how to conquer and hold strategic points. Eventually you learn what you need to do in order to support the infrastructure and deploy troops. 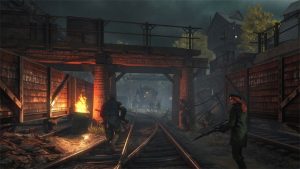 The single player campaigns are so well done, that Iron Harvest would be a good game to buy even if you only played them, and perhaps some multiplayer against the computer. For person to person multiplayer, I think Iron Harvest is fun, though I am not seeing a lot of players in the community. It’s possible that the game is just different enough from normal RTS titles that it may not gain an instant community of thousands of potential players. The people I did play against were pretty skilled, and fighting the way the game is designed was both unique and thrilling for someone like me who is kind of bored with the same old RTS combat again and again. 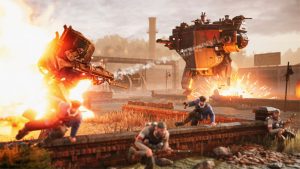 In the end, Iron Harvest is a good wargame that stretches if not pushes players to try something new, and wraps all of that up in a really good looking package. Developer KING Art is already supporting the game with new maps, and if they continue to add new content, Iron Harvest has a chance of becoming a popular and well-loved title. It may not win millions of people over right away, but it’s got the potential to build up a big community over time based on the strength of its interface, story and uniqueness. It’s a game worth checking out, especially if you want a quality RTS that is just a little different from anything else right now.