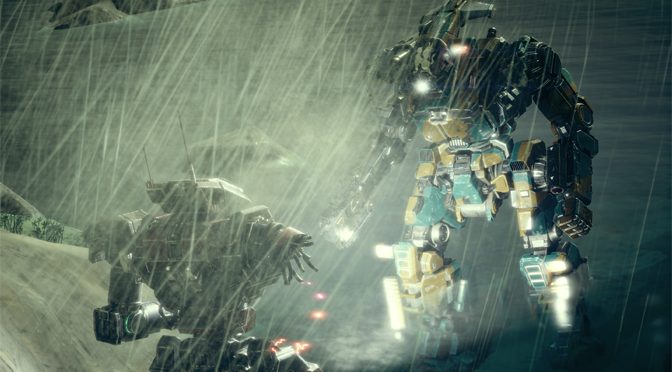 BATTLETECH Flashpoint is the latest DLC for the core BATTLETECH game, developed by Harebrained Schemes and available for the PC and the Steam service. It’s published by Paradox Interactive, which recently bought out the developer. While the original title was a little bit lackluster, the Flashpoint DLC injects a much needed element of excitement and even strategy into the core game.

Flashpoint missions won’t appear until the main campaign is done, so if you have to start over, it will be a long while before you can see them. I kept my game-winning save in place in anticipation of Flashpoint, and was very glad for that decision. The DLC is mostly designed as late game content, as the scenarios are in some cases extremely challenging and filled with powerful opponents. They require both a well-designed lance and a good understanding about how to achieve victory against different opponents honed from lots of deadly experience. Incidentally, the game’s main splash screen now also teases two more DLC, one called Urban Warfare due next year, and one unnamed one without a firm release date. After conquering the main game, the crew of your ship talk about adventuring deeper into the galaxy, finding LosTech and going on lots of exciting missions. However, prior to Flashpoint, none of that ever happened. The planets were packed with the same one-off missions that we had seen throughout the entire game. By this point in the game, everyone probably already knows what to expect in each of them, which ones are traps, and which ones you should ask for salvage priority over raw take-home pay. In short, life is pretty boring after you win back the throne for The Restoration. And then comes Flashpoint. The DLC brings all the post-Star League houses to the forefront once again, including all their various schemes and plots they are always leveling against one another from the pen and paper game. It seems like every house is angling to squeeze a few more C-bills out of their rivals, if not outright take control of some of their planets. They key thing is that they don’t really like all-out war with one another, which can really eat up the profits, so mercenaries are called on for both their skill and expendability. And that gives you both opportunity for profit and lots of post-game content. Plus, you should have well-trained pilots and good quality mechs at that point. They will be needed. 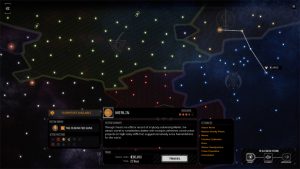 A flashpoint shows up on the galaxy map as a blinking yellow symbol around a planetary system. They have limited duration, normally around 180 days, before they expire and some other mercenary company presumably takes the contract. Each time you arrive at a flashpoint, you are treated to a cut scene where the person making the offer, which can either be a house official, a special guest, or even someone famous from BattleTech lore like the leader of the Kell Hounds, gives you a mission briefing. They will offer you a standard contract, but the missions are normally anything but standard. And, in addition to whatever price and salvage rights you bargain for, at the conclusion of the flashpoint you are additionally awarded a very rare item or even LosTech. The flashpoint description on the main map says if the rewards are rare or LosTech items or even a new mech, so you can go the ones that pay best – you know, the LosTech ones. I was really happy to see LosTech being awarded from some of these contracts given how stingy the main game was with this. I was immediately able to pick up two more gauss rifles with ammo boxes, which went onto my King Crab to create a long range ballistic punch that is unprecedented. I normally use a second crab that showers my target with LRMs to strip their armor, and then a targeted shot with the gauss rifles right into the center torso. It’s devastating – if you don’t care too much about salvage rights. The flashpoint missions also seem to have been crafted, much like the story missions in the game. They are not the random but highly-patterned fights you find everywhere else. Even the AI seems to be programmed, or perhaps assigned, good strategies in the flashpoints. For example, while one mech tried to tie me down in a fight, a light locus ran around the backside of the map trying to get a rear shot. I had never seen the AI behave like that in the core game, and it made me step up my strategies quite a bit. Expect tactical surprises in many of the missions as well, like enemy reinforcements who drop in behind you. You even get some worthwhile allies to fight with during a few of the missions. We also get a few new mission types, like one where you have to capture points to mark an artillery strike, and three new mech classes. The new mech classes are okay. Everyone will love the hatchetman medium mech with its integrated axe as one example, though I think that design is highly flawed because it has no short-range hardpoints which would have really made it an in-your-face killing machine.

[amazon asin=B07CPWHFT3&text=Pick up BATTLETECH and the new Flashpoint DLC from Amazon today!] Your reputation, which is not very important in the core game, is paramount now. Fighting for one house against another will cause your reputation to swing up with the first and down with the second. If you get a high enough reputation with a faction, they will offer to make you an ally and give you access to their special stores, which contains a lot of two and three plusses equipment. Though if you align with a specific house, its enemies will become your enemies, so pick your friends extremely carefully, or just try to keep everything in balance. You can also buy your way into a membership in the pirate black market shoppers club (or whatever it’s called) which lets you buy from those shady stores. The pirates will let you in even if they hate you, but the price goes up or down depending on your reputation with them. I was just disliked, so my price for admission was only slightly ridiculous. They have good gear and stores on a lot of planets, so it’s a sound investment. Just don’t expect LosTech. I’ve only found LosTech as awards for completing flashpoints, and then rarely.

Players have been making a lot of unofficial DLCs to try and improve the BATTLETECH game, and many of them are very good. Harebrained Schemes warns that the presence of any unauthorized DLC might cause Flashpoint not to work, but we didn’t test this out. In any case, Flashpoint adds a lot of good stuff to the core game, and negates the need for a lot of the homegrown DLC content. It almost feels like this level of content should have been included in the main game as opposed to a paid DLC, but it’s here now, and the game world is all the better for it. Especially if you have finished the main campaign and crave more BattleTech action beyond the random, cookie-cutter missions that dot the map, invest in BATTLETECH Flashpoint right away. The missions are clever. You get much better access to rare items and LosTech. And the thrill of challenging your lance to the fullest of their abilities, even late game companies with powerful builds and well-trained pilots, is again front and center where it belongs.