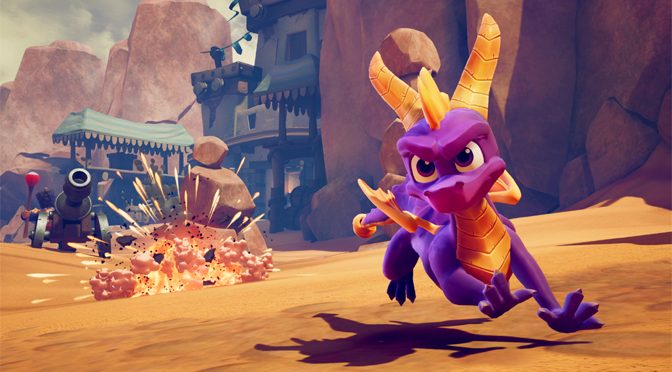 The Spyro Reignited Trilogy is a re-mastered collection of the famous platform video games that came out in 1998. The voice of Sponge Bob Squarepants, Tom Kenny, is voicing the small, spunky Spyro as he tries to save the older adult dragons. The purple adolescent fire breathing, head butting dragon goes through all the same challenges with some enhanced graphics. The music is still Stuart Copeland’s from the rock group The Police but with an update by Stephan Vancov. If your nostalgia kicks in you can opt to have the original music play instead. 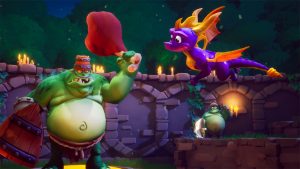 The game retains its cartoon inspired play. Stars spiral around Spyro when he is knocked out by one of the many villains and he doesn’t die during game-play but instead fades to black and gets another chance by being reignited.  He prances about the brightly colored landscape, with occasional leaps of short-lived flight, spewing fire at floppy hat wizards, long armed apes or charging treasure boxes with his tiny curled horns. 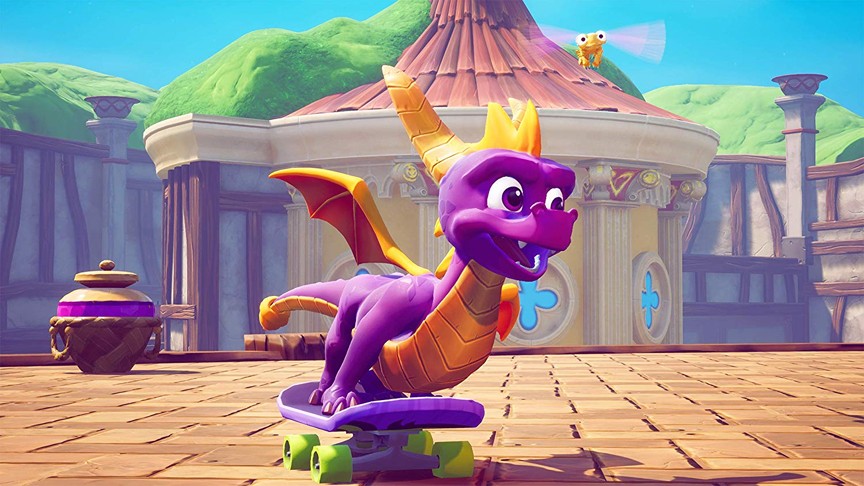 As a platform game it rewards repetition and relentless focus. The wrong movement on a control stick or hitting “flame” when “charge” is needed will result in a sad Spyro spiraling into a short “blackout” scene and you start over. Each level gives a new group of monsters that while deadlier all have a darling quality. 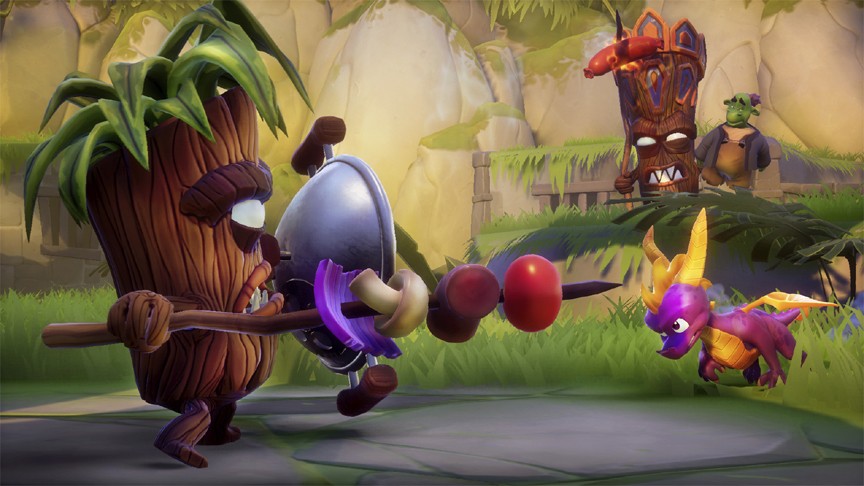 Playing Spyro is like you are the Roadrunner facing a variety of Wile E. Coyotes in a series of crazy landscapes. Only your speed, agility and choice of path protect you from the insta-death of fade-out expiration. This mixture of timing and Looney Tunes landscape make for a fun diverting experience, especially for kids who are just starting to play videogames. 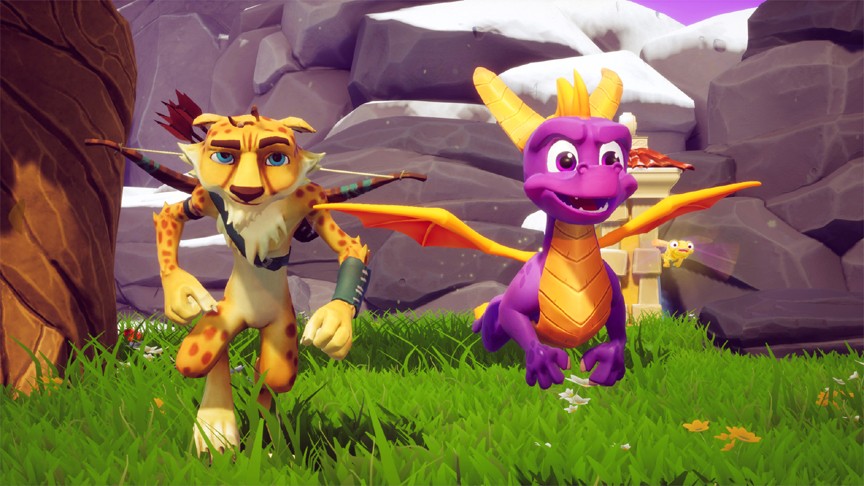 I played the game with a four year old that was visiting for Thanksgiving. He wasn’t at the point where he could handle more than two buttons but he gave lots of advice and enjoyed the game. His advice, when I was having a hard time clearing a level, was to “go back” or “go to another place.” 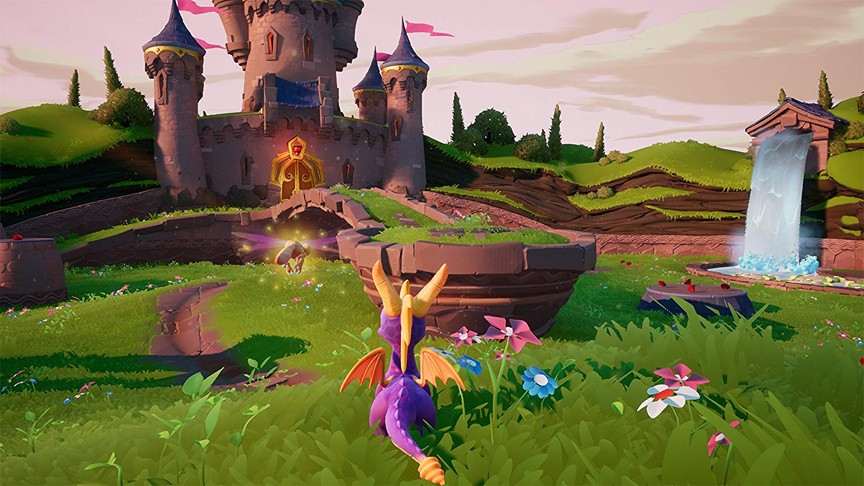 Unlike most platform type games Spyro Reignited Trilogy lets you move from one landscape to another. It doesn’t rely on a purely linear game-play. Each level has more than one landscape and you helps combat the boredom constant hurdle type tasks can engender. 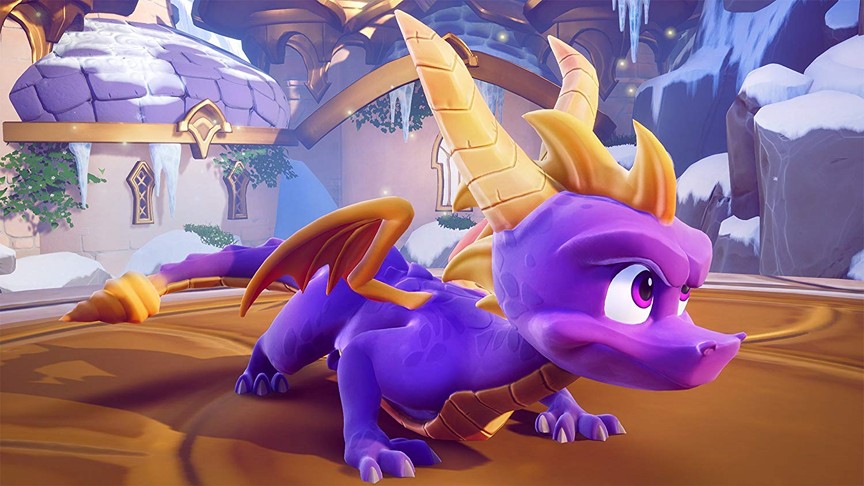 The Spyro Reignited Trilogy easily earns 4 GiN Gems. Pick it up for a fun blast of nostalgia, or if you are looking for a fantastic platformer experience in its own right.