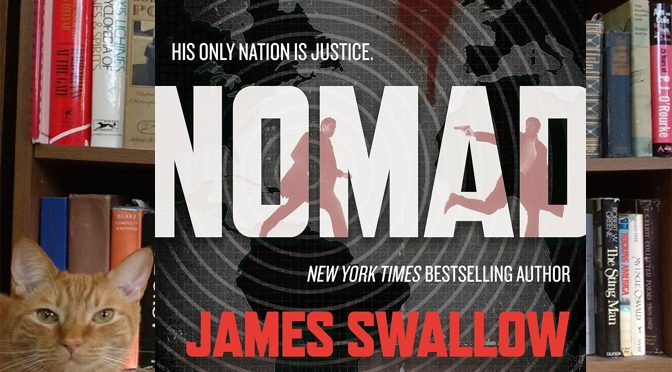 Hey all I’m back with a book from the good people at Tor! It’s Nomad: A Novel (The Marc Dane Series) by James Swallow!

Plot: This is very much a classic spy thriller through and through. It’s got influences ranging from James Bond to Mission Impossible. While lacking the outlandish technology of a Bond type thriller, Nomad still managed to make me feel like I was watching a blockbuster movie with each turn of the page.

Those of you who recognize the author’s name probably read Star Trek novels. Swallow is the author of one of the best Star Trek Novels we’ve ever reviewed at GiN, Star Trek: The Original Series: The Latter Fire. That book was thrill a minute too, though there was a ton of technology packed inside the plot thanks to the Star Trek universe. Nomad still has the action, but the spy hero here has to rely more on his wits and brawn to accomplish his goals. 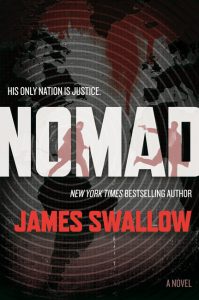 Characters: Marc is our main lead and while he’s not the most original character ever, it’s okay to play to the stereotypes in book designed to be a thriller. Think of pretty much any master spy type character and you have a picture of Marc. The rest of the cast is very much the same, not super-duper original, but they all use their stereotypes to their advantage.

Overall: Nomad will satisfy any lover of the spy thriller genre and does so by exploiting the typical plot devices to their fullest. Nomad might not break the mold or really stand out like The Latter Fire did in the Star Trek world, but if you are looking for a ticket for a quick escape to a thrilling world, Nomad has got you covered.

Looking for a spy to escape reality with? Give Nomad a try with a copy from Amazon!

For those who like: Spy Thrillers, Action, Drama, Intrigue, Good Plot and Cast of Characters.