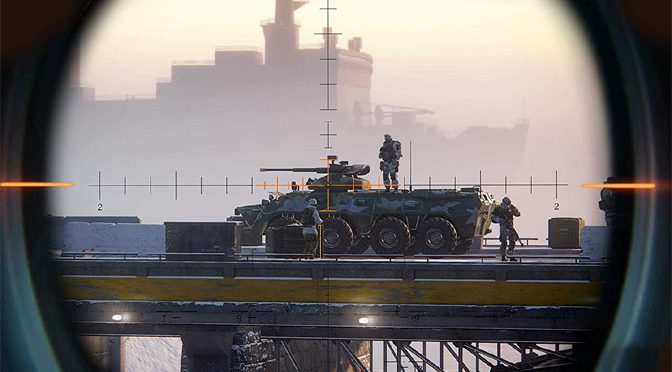 Sniper Ghost Warrior 3 was one of the best modern day type sniper type simulations ever made. Yes, Elite Sniper 4, which came out around the same time in 2017, was also pretty amazing. But Elite Sniper 4 was set during World War II and used historical weapons from that time period mixed with some arcade-like mechanics where you could perform impossible feats like blowing up tanks or patrol boats with your rifle. Sniper Ghost Warrior 3 on the other hand was set in modern day with a few sci-fi elements thrown in, but mostly stuck to real world technology. It was also more of a totally realistic simulation compared to most first person shooter type games.

Yes, Sniper Ghost Warrior 3 had some problems. It was far from highly polished, but the sniping mechanics were so well done that people who like that kind of thing really ate it up. It was one of the few games that I earned a platinum trophy with that year, so you know I was logging in a lot of trigger time. 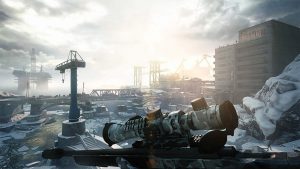 With Sniper Ghost Warrior Contracts, developer CI Games is doubling down on what made SGW3 so good, which is the sniping mechanics and the whole idea that a lone sniper can take on and complete impossible missions where a small army might fail. The open world is gone, and so is the actual plot of the game this time around. There is the very thinnest of plots regarding your employer, but the player largely has to put it together themselves, if they care to do so. Or you can just ignore it. 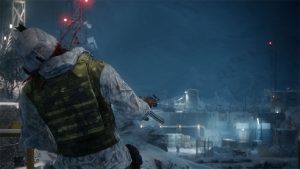 Instead of an open-world adventure, in Contracts you are presented with 25 missions that are played over four maps with various terrain features, factories, buildings, bunkers, tunnels and secret areas. The maps are pretty huge, so exploration can still be helpful, but you wont be driving around, sleeping in safe houses and randomly rescuing civilians from separatists. You also won’t be crafting any gear. Instead, you take the money you earn from completing contracts and invest it into new equipment and better weapons. There are some nice sniper rifles available, plus secondary weapons like pistols and machine guns, plus utility items like throwing knives and grenades. There are even some really fanciful items you can buy, like sniper turrets that can be operated remotely. And of course all those special bullets that pierce armor, ignore wind or act as a decoy are all back as well.

Take your best shot with a copy of Sniper Ghost Warrior Contracts from Amazon!

The mechanics of Contracts is pretty straight forward. For the most part, you are offered a mission contract to kill a specific individual. You are shown in your contact what accomplishing that main mission will pay. You are also offered payment for a bunch of side jobs that can also be accomplished like stealing data from a computer or destroying some kind of item or file. Some missions will have a few other bonuses that you can earn, but they are all pretty similar in terms of variety. 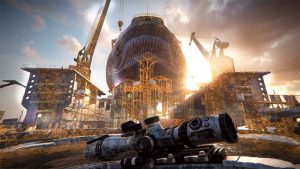 For the most part, your main objective for each mission is going to be far from your starting point on each map, meaning you will need to traverse a lot of ground to get in a position to take out your target. Generally, this makes it relatively easy to pick up your various side missions, as you will generally encounter them along the way or just slightly out of your way. Contracts has thankfully added a lot of save points where you can, for example, upload captured intel or otherwise get credit for completed side missions. When you visit one, you will be immediately paid out for any completed parts of the mission and will also be able to save your progress. Some missions might take an hour or more to complete if you are a careful hunter type sniper, so being able to save your progress is a nice, and probably necessary, feature. It makes it so that you can play for just a little while, or spend the whole afternoon doing your mercenary work. 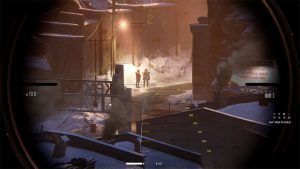 The game once again involves Russia, and this time is set in Siberia. As before, the politics of the area and the game is quite a muddled mess, which is why a professional sniper/killer for hire can find so much work. Honestly, it bothered me a little bit that I was kind of acting like a bad guy in this story. I miss the plot of SGW3 where we were trying to save people, or at least choosing the lessor of evils. But I’m a story guy, so if you are all about the missions, then you probably wont have a problem with it, and would probably make a better mercenary than me as well.

While the sniping mechanic is still very realistic, much of the rest of the gameplay has been simplified. You now wear a golden mask that is packed with electronics. It performs many of the functions you had to do manually in SGW3. The mask acts like binoculars, marks targets, shows waypoints and even lets you talk with your employers who constantly monitor your progress and sometimes steer you in various directions. The mask will also mark handholds for you, so it’s pretty easy to find ways to climb up the side of everything from cliffs to building walls. 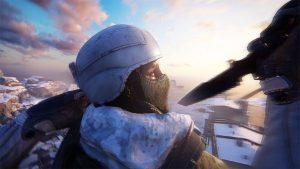 Where the mask makes things easier, the overall difficulty of the game seems a lot more challenging. The maps are huge, and there are multiple ways to accomplish objectives, but they are also packed with a variety of different kinds of troops. It’s really difficult to kill someone and not have another soldier raise the alarm when 10 or 12 guys are milling around some tiny courtyard or a building that you need to sneak into or through. It can be done, and there may be alternative ways around everyone, but finding a way through or past enemies was much easier in SGW3. 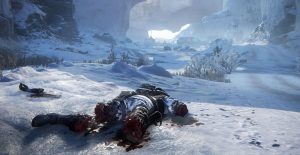 As before, there is the amazing bullet camera. It’s not as gory as Elite Sniper where you see internal organs and teeth shattering, but more of a Hollywood spinning bullet camera angle where the projectile gracefully sails toward a target and kills them in a spray of crimson blood across a blanket of white snow. I have to say, the kills are pretty stylish once again. Although, full disclosure, while the blood and gore does not go too far over the top, it can get kind of messy. Those who don’t like that kind of violence should be aware of what they are getting into. 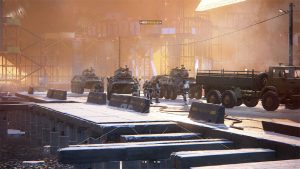 Don’t go into Contracts if you are looking for a pure sequel to Sniper Ghost Warrior 3. Contracts is more of a “greatest hits” type of game. Every mission in Contracts is sufficiently epic and well-designed to be challenging, even for master snipers. As long as you don’t care too much about why you are acting like some kind of sniper super-villain (or maybe hero, who knows) then there is a lot of simulation-like sniping and sneaking action to enjoy. It’s also a lot more polished out of the gate than previous titles from CI Games, which is important for Contracts when precision shooting is everything.

Sniper Ghost Warrior Contracts earns 4 GiN Gems. It may not appeal to everyone, but for those who like sniping simulations, you wont find a better series of challenging missions to try and take your best shot.