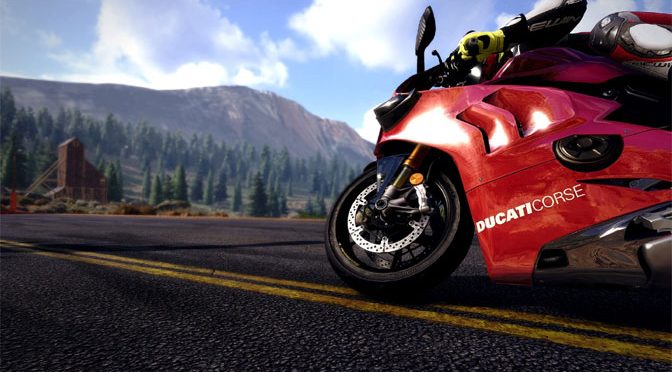 Motoracers have been pushing the envelope on realism for quite some time now. Fans of the two-wheeled sport have been enjoying the showering the genre has been getting recently with the likes of titles such as Moto GP,  Isle of Man, and Ride 4, with each game delivering its own unique experience. And now, enthusiasts can add RiMS Racing to their library. 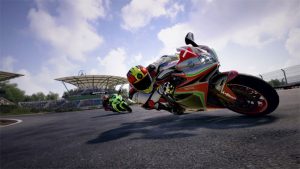 RiMS Racing is the latest motorcycle game to hit next-gen consoles and is visually pleasing out of the gates, though it could be argued that it’s not as well polished as some of the other racers that have come before it. None the less, one cannot take for granted the sophisticated style of the competitive circuits or immensely detailed landscapes and winding roads of the countryside the game graphically has to offer. Player models and cycles have been masterfully rendered. Moreover, RiMS Racing has some of the best depth perception seen in the genre thus far making it much easier for players to acclimate to the feel of the road.

You will have your choice of eight of the world’s most powerful European and Japanese motorcycles: The Ducati Panigale V4R, the MV Agusta F4 RC, the Aprilia RSV4, and BMW M 1000 RR, as well as the Suzuki GSX-R1000R, Honda CBR1000RR, Kawasaki Ninja ZX-10RR, and Yamaha YZF-R1. Each bike has been recreated with an unmatched level of detail and ride physics thanks to close collaboration with each of the previously mentioned manufacturers.

It’s clear that Raceward Studio set out to deliver to players the most realistic motoracing experience to date. Even the most adept riders might find themselves spending the necessary time zipping around the curves and corners of the various circuits and tracks on their personal quests to become masters of the road. 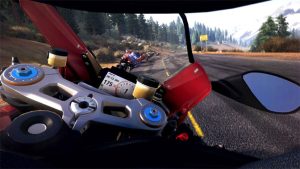 Surprisingly enough, it is not so much the demanding physics of the game that set it apart from the other titles in the genre, but it is just as so the sheer depth of customization that is at your disposal with such a limited amount of bikes to work with. Outside of a wealth of exterior aesthetics RiMS Racing will take you under the hood allowing you to customize everything from calibers, pads, and discs to levers, cables, and fluid reservoirs. 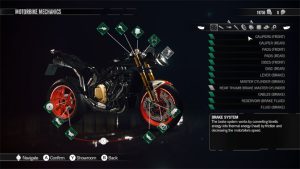 The game’s deep mechanics system will allow players to dismantle all of their bike engine’s parts to maintain them after each race as well as upgrade them to boost overall performance. Players will become familiar with every last screw in their bike as they become familiar with a catalog of over 500 official spare parts from the biggest names in the industry along with over 200 official equipment items to personalize their rider! 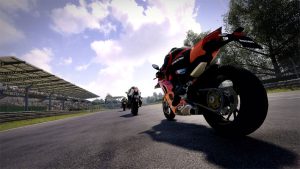 Though, RiMS Racings looks to be a solid and complete racing experience at first glance, it is surely not without a few noticeable flaws.  For starters, the cornering physics of the game are way too sensitive as you will too many times find yourself unexpectedly washing out in the turns as you lean deep into your turns throttling the gas in an attempt to maintain efficient speeds to keep up or maintain the lead during those critical races. 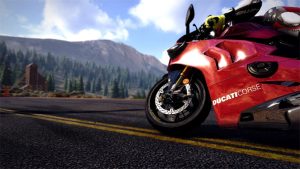 Also of note, while the customization aspect of this game is rock solid, it would have still been nice to have a few more bike options in the workshop. Finally, the Career Mode, which is the meat and potatoes of the single player campaign is a little short-lived offering up only 70 events, most of which are one-offs. To add on to that the Multiplayer aspect of things leaves a little more for the wanting as well. 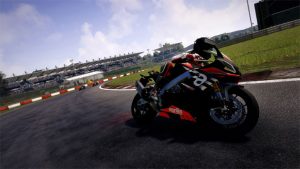 Regardless of a few setbacks RiMS Racing is pretty decent title and would be a great edition to your racing library, especially on the next-gen consoles. The game looks amazing, provides tons of customization options for the player, and ships with some of the most realistic physics ever seen in a motorcycle game. Some might argue too realistic. None the less, this one racks up a solid 4 GiN gems its first go around.