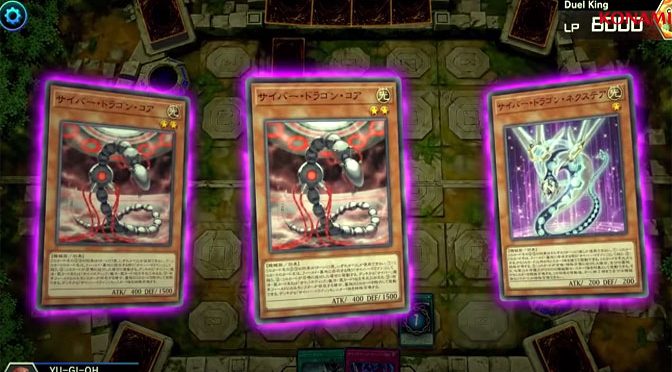 Konami Digital Entertainment, Inc. is delighted to reveal a brand-new gameplay trailer for Yu-Gi-Oh! MASTER DUEL, confirming that the game will feature cross-platform support at launch.

This highly-anticipated title takes the Yu-Gi-Oh! TRADING CARD GAME and brings it to life in digital form. It allows players to Duel competitors across the globe, on whichever platform they’re playing. Duelists can also link their MASTER DUEL game data across platforms, meaning they’ll carry on their progress, whether they’re playing on console, PC or mobile at any time.

The new Japanese trailer was unveiled at Jump Festa 2022 and showcases just some of the many features coming to Yu-Gi-Oh! MASTER DUEL, including:

• Beautifully presented Duels masterfully rendered in 4K resolution
• Over 10,000 cards to unlock, spanning over two decades of Dueling history
• Solo Mode campaign that showcases the unknown stories behind the cards
• Extensive Deck-building features and resources, including a massive database of Deck lists
• Detailed tutorials for beginners that teach you how to Duel as you play the game
• Special events and tournaments to enter – compete against players across the globe!
• And much, much more