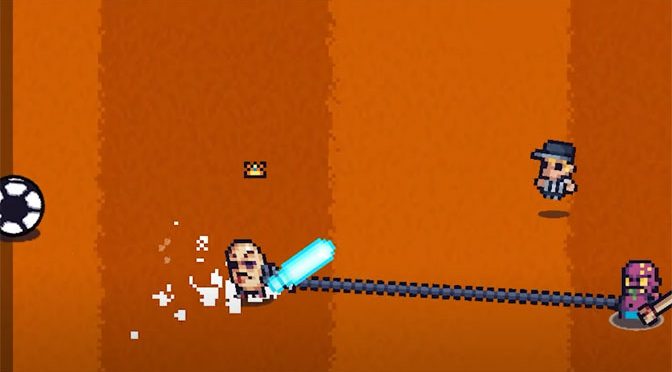 Physical editions of Guts ‘N Goals for PlayStation 5 and Nintendo Switch will be released for $29.99 & $49.99 via the teammates at Limited Run Games tomorrow, Tuesday, December 21, 2021.

Guts ‘N Goals aims to send players on a raucous arcade-style soccer match where the goal is to literally beat up friends along the way. Everyone takes to the field with a bat in hand that is used to strike the ball… or other players… in a smack-tastic fight to score as many goals as possible before the game is over. And if you escape with your life, consider yourself lucky! Each of the over 30 heroes has a unique ability that can drastically change the tide of a match. You can use these abilities to temporarily KO your opponent, giving you an opportunity to score. Guts ‘N Goals can be played single player and local couch co-op (and later online multiplayer for consoles). Enjoy minigames and many other exciting game modes.