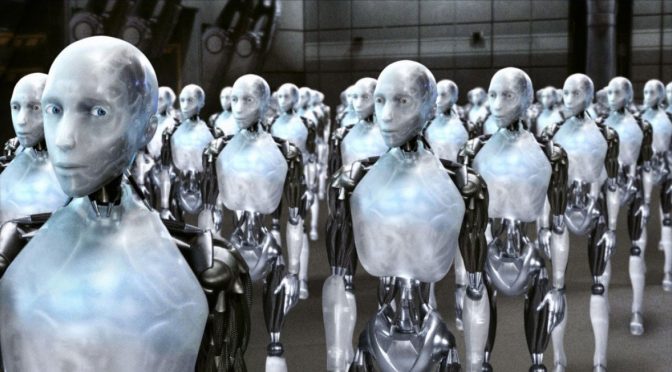 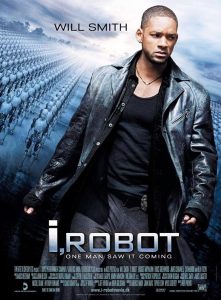 Hey all I’m back with another action movie for this week’s Movie Monday. It’s I Robot!

Plot: First off let me say that I really don’t like this movie, for multiple reasons. The main one is that this is clearly in the Dystopian genre and I hate that genre with a passion. But frankly the plot isn’t that great and takes the Three Rules of Robotics from Asimov and tries to make a summer blockbuster out of it. It succeeded, but I don’t think it had anything to do with the story itself.

Casting: Will Smith is our lead star and frankly I think it was him and the special effects that allowed this movie to really do well in the box office rather than the story itself. The rest of the cast is okay, but frankly Smith really does carry this film in my opinion.

Cinematography: The special effects are great, just what you’d expect from a summer blockbuster with plenty of explosions and all the drama inducing shots. But it doesn’t improve the story sadly.

Music: Mediocre and fairly forgettable, and I mean that literally as I can’t remember it at all.

Overall: An average movie that really doesn’t live up to the sales numbers it earned back in 2004.

For those who like: Sci-Fi, Dystopian Futures, Drama, Action, Will Smith.