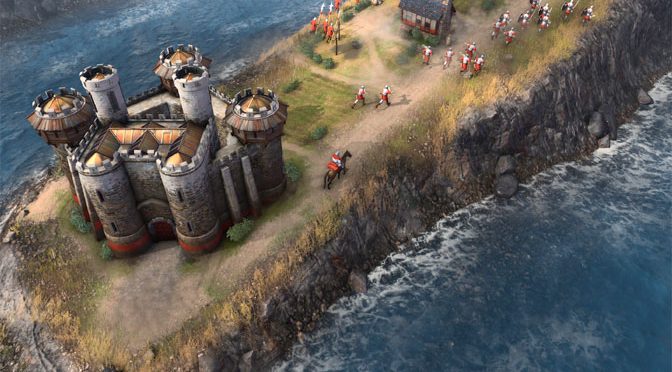 The Age of Empires series has a rich history. In an era when all the real time strategy games were focused on fantasy or sci-fi, AoE dared to give us a game that not only mirrored real life conflicts, but really the whole of human history. The original game quickly became a favorite of many people. 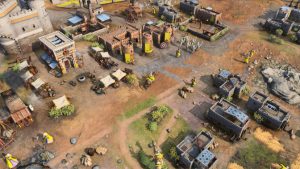 It was pretty well balanced, and it was easy to pick up and understand. The concept of using villagers to gather berries, chop wood, mine gold, hunt animals and build out a town makes perfect sense. And then you use those resources to support a growing army, while also upgrading your civilization to new eras with better weapons and more powerful advantages. And then at some point along the way, you ride out and crush rival civilization, or at the very least put up a great defense so you can survive when they come for you. Again, it was easy to learn, but arguably difficult to master.

Age of Empires II took those early concepts and ran with them, adding playability features and a streamlined interface. In a lot of people’s minds, it was nearly a perfect real-time strategy (RTS) game. And it supported basic multiplayer too, which was a big thing at the time. Back when my good friend Nate Wooley was still with us (he sadly passed last year) he and I would often play the game, sometimes against one another, and sometimes with the two of us joining up to fight the computer. So, the game, like with a lot of people, holds a special place in my heart.

Age of Empires III kind of was a misstep in a lot of ways. It wasn’t a bad game by any means, but did away with a lot of the core concepts of AoE II in favor of a more beautiful, graphically pleasing interface. 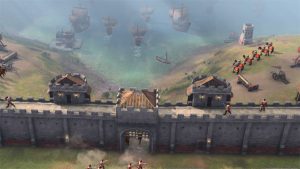 I wanted to explain the history of the series, because in a lot of ways, Age of Empires IV is actually a return to AoE II. It brings the series back to its roots in a way that should please a lot of people. And it also brings in new features and a really deep connection to history, especially during the main campaign. These features mesh perfectly with the core concepts of the main game. It really comes together in a way that AoE III never really did. As such, for me, it’s really a joy to play the series once again. 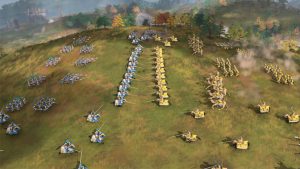 Another great thing about AoE IV is that while the game is clearly designed to support multiplayer action, it does not sacrifice the main campaign in order to do that. In fact, there are four distinct main campaigns for single players to tackle. Those span over 500 years of human history from the Dark Ages up to the Renaissance. Battles take place on land and at sea too, in over 35 highly challenging missions. 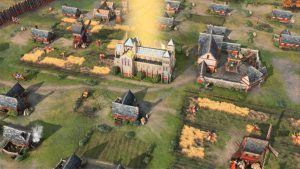 Many of the missions do a great job of setting the historical significance of the battles being fought, and are littered with historical figures like Joan of Arc (who is featured in the main picture for the game on Steam) to Genghis Khan and many others. At the end of each battle, History Channel-like documentaries are unlocked that explain some of the various weapons, fortifications, units and strategies players are experiencing in the game. 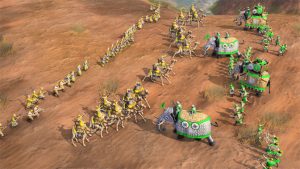 For example, one show examines how medieval casters were constructed by going on-site with a group who is working on a decades-long project to build one using the tools and technology of the time. I learned a lot from those videos, and they are really interesting to watch, a perfect reward for completing major campaign battles. I almost enjoyed watching the videos as much as playing the game itself, almost. 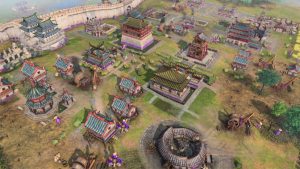 The core game outside of the main campaigns where you fight computer AIs or human opponents is also very well done. That part of the game happens to have one of the best tutorials I’ve experienced in a wargame. While it’s true that most of the core concepts are identical to AoE II, it was good to get a refresher course. Someone who has never played any Age of Empires game, or even a realtime strategy title, could probably pick things up without too much trouble thanks to the excellent tutorial. 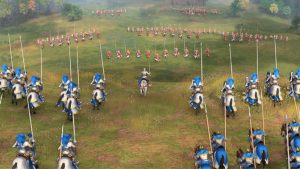 Of course, becoming proficient and mastering a game like Age of Empires IV are two very different things. You will need to learn which civilization you want to mostly command, and then practice in skirmishes against the computer (you can set difficulty levels as desired) before you try and tackle human opponents. There are eight civilizations to pick from including the English, Chinese, Mongols, Delhi Sultanate, French, Abbasid Dynasty, Rus and The Holy Roman Empire. Each has different units and specialties, and mastering them can take time and lots of practice. And if AoE IV follows the same path as AoE II, then there will probably be more civilizations released over time. But there is plenty here to keep multiplayer enthusiasts engaged even if they skip the single player side. I would not recommend that since the single player game is so good, but it’s an option if you want. 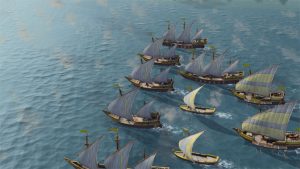 It’s really great how developers Relic Entertainment and World’s Edge were able to basically recreate the glory of AoE II with better graphics and smoother gameplay, while also adding a lot of fresh content so it does not feel like a true remake. Age of Empires IV stands on its own as a good realtime strategy game. It just proudly stands on the shoulders of the giants that came before it. If you like RTS games at all, then do yourself a favor and set out to conquer and enjoy the world of Age of Empires IV.