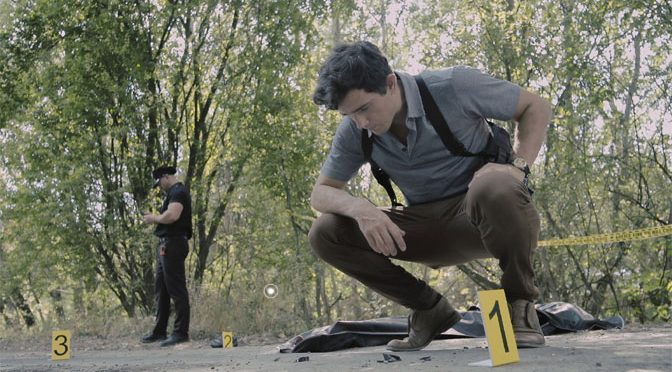 As many of you already know, full-motion video (FMV) games, also sometimes called interactive movies, are on the rise in popularity. That’s a good thing for players who enjoy a cinema-like experience where they get to control at least some of the action through their choices. Their popularity and the resulting monetary success have allowed FMV developers to create a lot more games. It’s also opened up the market somewhat for new developers to jump in with their own projects. 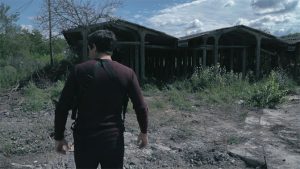 Developer New IDEA Games isn’t exactly new to the FMV world. Back in 2020 they released an action-oriented title called Hijacker Jack. The game had a somewhat limited story, instead concentrating on action and quick time events. It got mostly mixed reviews. Now, New IDEA Games is going all in on a more story-oriented adventure game with their new title, called Deluded.

Hijacker Jack was successful, especially since the game was released for Android and Mobile platforms. But most FMV games are a mix of story and adventure, with some just opting for story. Even an action-oriented title like Bloodshore had a nice story to tie it all together, and one that even had a few hidden twists. So, it’s little wonder that New IDEA Games wanted to go that way with Deluded. 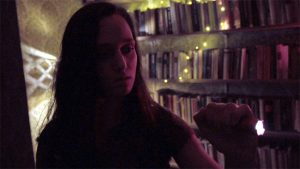 Deluded is a detective story where the main character is nearly washed up and washed out, having been brought low by a personal tragedy. This event is so painful for him that he tends to black out whenever he thinks about it. For whatever reason, this has not excluded him from working as a police detective, so you are off to solve a major homicide case as the focal point of the game.

There are basically two main elements to the gameplay in Deluded. The first is when you are investigating. You need to point and click around a crime scene, or anywhere you are investigating, and try to piece together what happened as well as find clues about the killer’s identity. And then there are also quick time events where you have to click on little flashes to complete a chain of events. For example, if someone is about to kick you during a fight, a little flash might appear on their leg, and you have to click it before they launch their attack so that you can block it. 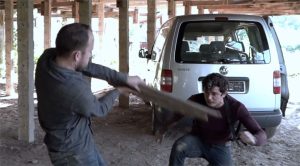 It’s totally understandable that the makers of Hijacker Jack would put quicktime events into their games. That is what they specialized in. However, this seems to be the weaker of the two main gameplay elements. Don’t forget that the last time the FMV market crashed, part of the reason behind it was that gamers were getting tired of quicktime events (QTEs) in their games, and FMVs were almost all filled with them at the time. QTEs are not really over-used in Deluded, unless a player really hates them.

On the other hand, the detective sequences when players are investigating is fun and intuitive. Some of the dialogs also serve to draw players in and set the mood of the game. Perhaps as New IDEA Games gets more confident in doing this they will shift more towards their storytelling and away from QTE battle royals. 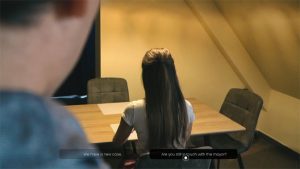 There are only two major characters in the game. The detective is played by Zsolt Kormendy while his partner is played by Lilla Panczel. Both do a nice job of bringing their characters to life in what is obviously a smaller budget production, although it would have been nice if there were a few more characters to flesh out the story. You can finish the entire game in about 30 minutes, so there may simply not have been time to introduce new people in any significant way. 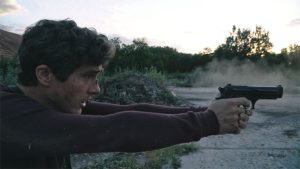 The film quality itself is above average, with a small but nice variety of interesting sets and locations. It’s a bit too dark in certain scenes, although this was possibly done for atmosphere. The plot of the game also makes sense, and even features a couple twists that most players probably won’t see coming unless you are really paying attention as you play. Kudos to New IDEA Games for providing at least a few clues about their plot twists. 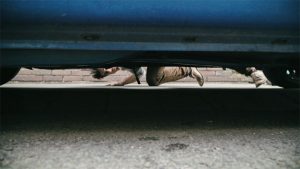 Taken as a whole, while it’s clear that this is a new area for New IDEA Games, they demonstrated that they could put together a compelling story. The developers are up front about Deluded being a kind of experiment for them, and the game is listed on Steam for under $8, so not a bad value at all, especially if you are looking for a nice little adventure that can be played in under an hour.

The game was recently renamed on the Steam platform. It’s now called Deluded 1, which could mean that the developer is planning a sequel. Depending on the ending that you get, a sequel is certainly very possible in terms of the plot. So, this may not be the last time we hear about Deluded. If that is the case, then I very much look forward to seeing where this series is going.