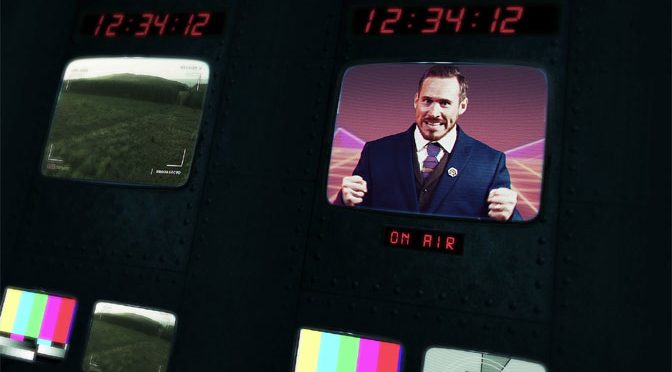 Hello, everyone. Our Skirmisher columnist Neal Sayatovich is feeling under the weather this week, so he asked me to step in and help out. And he assures us that he will be back to his old fighting self for next time.

Since I have an unexpected spotlight, I wanted to talk about something that has been on my mind for a little while now, namely the resurgence in full-motion-video (FMV) or interactive movie games. These are the types of games where you generally watch real actors playing a role and are then given specific choices about either what they will say or what they will do. Then, depending on your choices, you get to see different scenes play out and are presented with a (hopefully) entertaining story.

I personally jumped back into the FMV game genre with Bloodshore, which is an action-oriented title akin to having a game like Fortnite or PlayerUnknown’s Battlegrounds being played out in real life. Or, if you are looking for a television reference, it is a lot like the Netflix Squid Game show. I really enjoyed the experience, and awarded Bloodshore a very high 4.5 GiN Gem score. With a little tweaking of the interface, it could probably be even a bit higher.

But Bloodshore was hardly the first title in the recent FMV invasion. Looking back over some of the more current FMV game reviews here on GiN (and try as we might, we can’t get to them all) we find a wonderful set of games with great content. Recent FMV games that were really fun to play include the psychological thriller I Saw Black Clouds (which earned 4 GiN Gems), adventure sci-fi game The Dark Side of the Moon (another 4 GiN Gem title), the excellent horror game Night Book (which is published by Wales Interactive – just like Bloodshore). There is the hauntingly dark and historic Svoboda 1945: Liberation game, and a romantic comedy from Korea called Motesolo, which was very amusing to play. Over the Christmas holiday we were even treated to a crazy FMV game called Too Many Santas where you get to date several versions of the jolly holiday icon.

And then we have arguably best of the bunch, and a personal favorite of mine, Dark Nights with Poe and Munro, a multi-episode mystery and thriller title which features two of the most likable characters to ever set foot on the FMV stage. Poe and Munro is the oldest of the previously mentioned titles, yet still maintains a legion of appreciative fans even years after its initial release. (And we really need a sequel to it.) Also, I hope I am not giving too much away, but on Monday our review of Vegas Tales, an FMV game featuring Tim Russ of Star Trek fame will publish. So please keep an eye out for that.

Those aforementioned titles are all fun to play, and I would highly recommend any of them. They are also extremely different from one another in terms of their plots and settings. While most FMV games have the same basic interface where players select either dialog choices or actions, each follows its own plot and story. Some are deep studies in characterization. Some are sci-fi adventures. Quite a few of them delve into horror. A couple are comedies, and mysteries are also quite popular. Dark Nights with Poe and Munro was an entire series of episodic adventures, much like a television series.

Like the non-interactive movies that have been a staple of our entertainment since Charlie Chaplin started dancing across the silver screen, one of the strengths of the FMV genre is its diversity. No matter what kind of game you like to play, there is likely an FMV adventure out there for you to enjoy. So that is one reason why I think they are becoming so popular again.

Historically, FMV titles experienced a downturn in popularity a couple decades ago, and there are reasons for that too. If you think back to the early days of computer video games, FMV titles were all the rage for a while. Seeing real actors and fairly realistic graphics on our screens was a thrill back in the early days of gaming. We all got CD-ROMs with our computers, and FMV games were an excuse to actually give them a workout on something other than an encyclopedia. What happened back then is that the gameplay never really caught up. So once the graphical thrill wore off, there was not much holding people to the genre. Or, more specifically, other games like Warcraft (not the World of version), Command and Conquer, Age of Empires and many other titles started to offer real gameplay akin to what we are used to today. And without any developer champions for FMV titles, they kind of faded away for a while.

Which brings us to our next point about why FMV titles are so popular again. There are an emerging number of game development studios that only concentrate on FMV titles or interactive movies. They are pushing the envelope about what can be done with FMV games, offering players the aforementioned diversity of titles to choose from while also steadily improving the quality of production. Many of the FMV games released today are every bit as good in terms of quality as a television program, and some rise to the level of a blockbuster movie. It’s the studios who are pushing that increase in production, and they should be very proud of their work, because it’s helping to make FMV more popular than ever.

Some of the studios whose games are among the best available right now include Wales Interactive, D’Avekki Studios, Ghost Dog Films, Good Gate Media, Tayanna Studios, Posterity Entertainment, Wayout Pictures, Indicava Interactive, Oh a Rock! Studios, Charles Games, CtrlMovie, FMV Interactive and quite a few others. That is by no means a complete list, but those are many of the major innovators in this field.

And the final reason why I think FMV games are surging in popularity is the fact that just like there are dedicated studios producing ever-better games, there are also actors and actresses who are starting to specialize in FMV and interactive entertainment. That list would be even bigger than the studios one, but I think a few people deserve mention.

The first is Rupert Booth, an actor whose very presence increases the quality of a game (and he happens to be one of my wife’s favorite actors right now). Rupert Booth is the Tom Hanks of FMV games, and the genre is richer for having him in it. He’s also been working in this genre for a long time. You can find him in the incredible Contradiction: Spot the Liar game from 2015, which is quite a mystery and thriller.

I also want to point out Anarosa Butler, an extremely talented bilingual actor who is able to play a hugely diverse set of roles. She’s a real chameleon and brings whatever character she is playing to life with believability and professionalism. I hear she is branching out to more traditional feature films and television type projects, but hopefully she will remain at least somewhat in the FMV genre for us to enjoy at least some of the time.

Klemens Koehring is another FMV actor who deserves to be in the hall of fame. He always manages to play a likable character. Every GiN reviewer who looked at Poe and Munro commented on how much they enjoyed his performance. Poe was actually not the most likeable or “good-hearted” character once you found out a little more about him, but Klemens was able to endear players to him anyway, which is probably one of the reasons that the game is so beloved, and why he had such good chemistry with fellow actor Leah Cunard in both The Shapeshifting Detective and later in Poe and Munro. They both seemed to bring the best out of one another.

And speaking of Leah Cunard, she is another amazing actor that we hope to see in more games in the future. She was a relative newcomer to acting when she landed the co-starring role of Munro, though we did get to also get to see her in The Shapeshifting Detective, where she really kind of stole the show. Leah is a great example of how an evolving genre like FMV games can help to find and discover new talent, and many more talented actresses are sure to follow in her wake after her pioneering performances.

It’s clear that FMV games and interactive movies are really popular once again. And with such an incredible group of studios working to refine the genre and bring us more amazing tales, an impressive cadre of actors to tell those stories, and ever improving technology advancements, the FMV genre will be with us for a long time to come. Gamers who love interactive movies are in good shape. And if you have not recently given them a try, do yourself a favor and jump into one. There really is something for everyone, so it’s a safe bet that you will find a title that you will really enjoy.