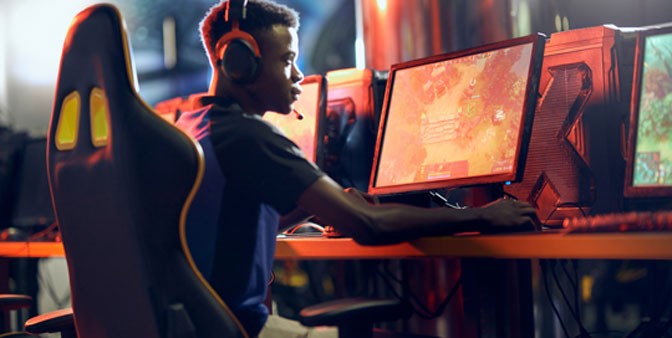 Over the last decade, the number of massively multiplayer online games has skyrocketed. The popularity of these games has increased and attracted a huge number of players. Players and viewers alike are making a significant effect on the market with these games.

eSports, the competitive gaming business has long used the mass online games as their genre.  People are flocking to watch and participate in eSports, not just as players but also as spectators. As a result, an increase in eSports betting sites has occurred and you can get the best odds, offers, promotions and much more if you check the current bet365 bonus code.

Can eSports Serve as a Steppingstone for Newcomers to the Gaming Industry?

The eSports sector is a subset of the gaming business, although the two are distinct. eSports can provide the game business a foothold and if you haven’t noticed already, p people all around the globe are now betting on and watching eSports tournaments.

The game business will see some people who merely want to observe and not participate as well, but others may see this as a way to get into the industry themselves. Since eSports attract sports lovers, we may witness a rise in the popularity of sports games, as well as massively multiplayer online games like World of Warcraft and Counterstrike.

People are naturally drawn to games they are already acquainted with, either because they are seeing them being played or because they have a current interest or hobby in mind.

By 2025, the worldwide market for the gaming industry is estimated to reach $256 billion as a response of a massive demand from gamers for new online games.

Can you Make a Living Playing Video Games?

Making a livelihood off video games used to be considered an impossibility. You’d be teased for your dreams of becoming a full-time gamer if you had them. Even if you’re not a member of an E-Sports team, you can still broadcast your gaming sessions on Twitch and upload videos to YouTube, you can earn money by playing video games and producing high quality videos.